The sale of the merchandise is held on Oct 30 from 4pm and 8pm at selected MBO Cinemas locations. Photo: Filepic

While waiting for films to be screened at a steady pace again on the big screen, MBO Cinemas is having a sale of its merchandise inclusive of limited edition items.

This is happening today (Oct 30) from 4pm to 8pm at all MBO locations (except Klang, Space U8, Elements Mall Melaka, Seremban, Skudai, Brem Mall and Kota Tinggi).

The sale is in line with the company’s new campaign #StayStrongMBOCinemas.

It was reported recently that MBO Cinemas is in a financial crisis as the closure of cinemas due to movement control order (MCO) for three months and the pandemic itself have pretty much crippled its operations.

So far, MBO Cinemas has closed 17 of its locations, and with conditional MCO in force at Klang Valley and Sabah, only four MBO Cinemas locations are operating at the moment.

In a video posted on social media, the new MBO Cinemas' CEO Cheah Chun Wai spoke on the drastic drop of audience attendance at the cinemas and the cinema industry taking a hit due to the pandemic.

He said: “Currently, MBO Cinemas admission is just about 10-15%, meaning if we used to have 50 customers, now we only have two to three customers per session.” 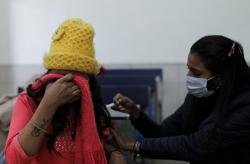