One of the premiere halls at MBO Cinemas. Photo: Filepic

On Oct 12, two days before the conditional movement control order (MCO) was implemented in parts of Klang Valley, MBO Cinemas put up a notice on its website saying 17 locations nationwide are closed until further notice.

Most of these cinemas are located outside of the areas affected by conditional MCO.

Excluding the cinemas closed due to conditional MCO, there are only four MBO Cinemas open currently – located at Kluang Mall, KSL City Mall, Kuantan City Mall and The Spring Kuching.

On its Facebook page, the film exhibitor posted this message: “... as we venture further into 2020 with the number of rescheduled blockbuster titles and fluctuating number of local cases, we have decided to close these cinemas temporarily until further notice.”

This move has received comments like “Tutup kedai?”; “Why so many places closed?” and “MBO Dato’ Onn closed. So sad.”

While there is no official word on MBO Cinemas closing down for good, The Edge Markets reported today (Oct 15) that “MBO Cinemas is facing liquidation following cash flow problems since the implementation of the government-imposed movement control order (MCO) to curb the spread of the Covid-19 pandemic.”

One film exhibitor shared with StarLifestyle that the revenue for Malaysian cinemas has declined by 80% compared to last year for the same period. 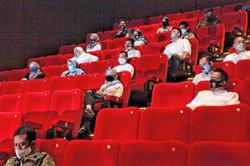 Oh, how I miss the cinema! 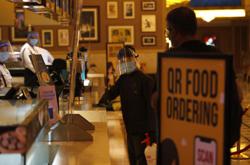