Even before 'The Big Bang Theory' ended, Kaley Cuoco was already looking for her next project. Photo: AP

Kaley Cuoco was looking for her next project three years before The Big Bang Theory ended. She found it reading a snippet about a book on Amazon.

The Flight Attendant is a dark thriller with comedic overtones, letting Cuoco employ the love of laughter she honed for 12 seasons on the CBS comedy.

Cuoco said she won a bidding war for the rights to the novel of the same name by Chris Bohjalian.

She stars as Cassie Bowden, a flight attendant who wakes up in the wrong hotel in the wrong bed with a dead man, and has no idea what happened.

"It’s kind of an actor’s dream to play someone like her, ” Cuoco said on a video conference on Aug 6.

"She’s got a roller coaster of issues but a heart of gold. She’s strong.”

Cuoco serves for the first time as an executive producer on the limited series set to air later this year on streaming service HBO Max.

"It’s been total career-changing for me just to see it from the beginning and kind of go with my gut on things and make my own decisions, ” she said.

The series had filmed five of its eight episodes before production was shut down in early March due to the global coronavirus pandemic.

Production is set to resume late this month in New York, with social distancing, rewrites to certain aspects of the script and daily Covid-19 testing for actors working closely together.

"It's not just going through the motions of trying to keep us safe," co-star Zosia Mamet said. "It makes me feel not only safe, but incredibly taken care of.” Rosie Perez hates travelling. Photo: AFPCuoco surprised Rosie Perez by agreeing to meet in her Brooklyn neighbourhood to discuss the role of a fellow flight attendant.

Perez quickly made it clear how she works. "I don't mess around, I hit my mark, I may be late in the car, never late on set," Perez said.

"I know all my lines. If I forget them, it's because I'm nervous. That's the way I like to work. Otherwise, I get very irritated.”

Then Perez dropped the really important details: she hates traveling and flying or talking before 8am.

Cuoco didn't flinch. "I was like begging her, please, you are the one we wanted from day one, ” she said.

Perez took the role and even didn't mind the trip to Bangkok for filming.

"It's especially nice for a person of colour to come onto a project that is extremely diverse in regards to the cast. You walk on that plane and it reflects how a real flight crew works. It's not just about ethnicity, it's also about age.” – AP

Kaley Cuoco , The Big Bang Theory , Rosie Perez , The Flight Attendant , Based On A Book 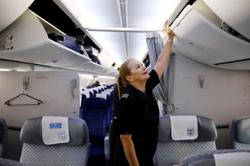 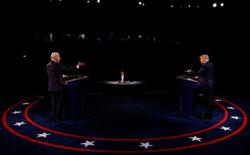 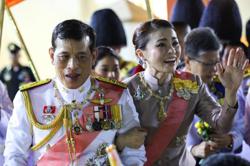