Want to write a song for Malaysian singer Zee Avi? Aspiring songwriters can send their submissions to Zee Avi, who will then perform them on Instagram. Photo: Filepic

The 34-year-old artiste will then perform the chosen submission.

"Come write with or for me and who knows, I might just perform your work on my Instagram," she says, adding compositions in all languages are welcomed.

The Miri, Sarawak native is an award-winning songwriter herself. Zee wrote and performed Arena Cahaya, the theme song to local film OlaBola, which won the prestigious Golden Horse Award for Best Original Film Song in 2016. 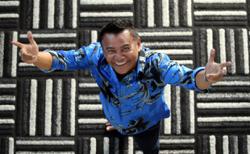