Mel Gibson was reportedly treated in Los Angeles for coronavirus back in April. Photo: AFP

Mel Gibson battled coronavirus in April, coming down with a case severe enough to require the 64-year old actor and director to be hospitalised. The Braveheart star is the latest celebrity to go public with a positive Covid-19 diagnosis, joining a list that includes Idris Elba, Tom Hanks, Rita Wilson, Pink and Daniel Dae Kim.

"He tested positive in April and spent a week in the hospital," a spokesperson for Gibson said in a statement to People magazine. "He was treated with the drug Remdesivir while in the hospital, and has tested negative numerous times since then, as well as positive for the antibodies."

Gibson was reportedly treated in Los Angeles. The Oscar-winning actor and director recently made headlines after Winona Ryder accused Gibson of making anti-Semitic and homophobic comments in a June interview with The Sunday Times. Gibson called her allegations "100% untrue" and accused Ryder of lying about his remarks.

Gibson, once among the most bankable stars in Hollywood, has seen his star fall in recent years due to controversial behavior. In 2006 when he was arrested for a DUI and told police that "The Jews are responsible for all the wars in the world!"

He also used racial slurs in audio recordings of a fight with ex-girlfriend Oksana Grigorieva, which was published in 2010 by RadarOnline. His career may have dimmed from his action star heyday, but he is still active professionally. He was nominated for an Oscar for directing the 2016 epic Hacksaw Ridge and had a supporting role in Daddy's Home 2. – Reuters 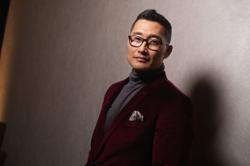