Fans have been requesting for solo tracks from Blackpink members Rosé, Lisa and Jisoo. Photo: Handout

Blackpink’s Jennie released her solo single, SOLO, in November 2018. Ever since then, fans have been calling for the agency to produce similar singles for the remaining three members.

On June 1, YG Entertainment revealed that Rose’s solo track has been completed and will be released in September, after the launch of the group’s full-length album.

In addition, YG Entertainment wrote that they would be preparing for Lisa and Jisoo’s solo tracks “in sequential order after the release of Blackpink’s first-ever full-length album release upcoming in September".

“We ask for your understanding on taking more time than expected, since we were planning to release multiple songs in an album format, rather than releasing a digital single. It is because all the members agreed that Blackpink's comeback as an entire group and its first-ever full-length album release is more important than anything, ” said the agency in a statement.

Blackpink previously announced its plans for a three-part comeback that would run from June to September. 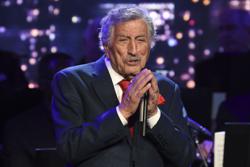