Blackwell, who originally produced Small’s 1964 smash hit My Boy Lollipop, told the Jamaica Observer that Small died in Britain from a stroke on Tuesday. The song sold more than six million copies, peaking at No. 2 in the U.S. and UK, and remains one of the best-selling ska songs of all time.

“It became a hit pretty much everywhere in the world," Blackwell told the publication. "It was just incredible how she handled it. She was such a sweet person. Very funny, great sense of humour. She was really special.”

The Guardian reports Small was 18 when she recorded the song, originally performed in 1956 by New York singer Barbie Gaye. Small’s version became an international hit and helped popularise the early Jamaican ska sound, which later influenced reggae and other music genres.

According to NME, she was honoured in 2011 with the Order of Distinction in the rank of Commander by the Jamaican government in recognition of her contribution to the development of the Jamaican music industry.

The song continued to be popular years later, appearing in a 1985 episode of Miami Vice and in the Spice Girls’ 1997 movie Spice World.

Small claimed in 2016 that Rod Stewart played harmonica on the song, though Stewart said it was session musician Pete Hogman. The Guardian reports she released three albums in her career, but stopped recording in 1970 and later raised a family.

“I focused on being a mother from 1984, when my daughter was born, and since then I’ve been happy living a quiet life, sleeping and dreaming and meditating," she said. – Syracuse Media Group/Tribune News Service 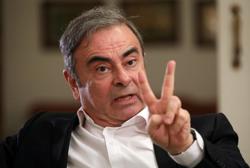