‘Extraction’ review: Come for the action, stay for the … nah, that’s it

By AGENCY
Photos By NETFLIX 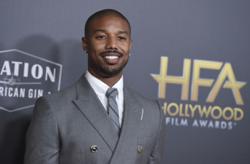 'Extraction' is an excellent piece of action filmmaking that falls short of the more emotionally resonant goals it wants to set for itself. – Netflix

The first words spoken by Chris Hemsworth in the new Netflix action picture Extraction are ”Hold my beer.” Then his character – former soldier turned brooding mercenary Tyler Rake – jumps off a cliff into the quarry reservoir below.

That sense of braggadocio and one-upmanship pulses faintly through the film, but is weighed down by an odd need to seem serious, too.

The feature directing debut from Sam Hargrave, a longtime second unit director and stunt coordinator on films such as Avengers: Endgame and Atomic Blonde, Extraction would be better if it just doubled down on being dumb.

Instead, although the movie does indeed have some dazzling action sequences, they are interspersed with dramatic scenes that feel increasingly belaboured, giving the movie a peculiar stop-start rhythm as it makes its way to a lumbering, extended gun battle final set piece.

Extraction is written by Endgame co-director Joe Russo, who produced the movie along with his brother and filmmaking partner Anthony Russo, and the movie’s first solid action sequence has Hemsworth battling a roomful of henchmen in close-quarters combat that finds him using fists, feet, a tin can, a table, a wall and a garden rake as weapons to maim and kill.

Hemsworth has been hired to rescue a kidnapped teenage boy (Rudhraksh Jaiswal), the innocent son of a kingpin drug dealer in India snatched by one of his father’s rivals – “Sounds like some mythic” stuff, says Hemsworth as his mission is explained to him. If only it played out that way.

The film’s best sequence by far is after Hemsworth first retrieves the boy and they attempt to make their way out of the small city fortified by the villain’s men. Designed to play as a long single take, they exit a forest, fight their way to a car for an extended chase and then battle their way through an apartment complex.

At one point, the camera slithers around a speeding car, catches back up to it and improbably lands in the backseat. It is the sort of muscular, visceral filmmaking that makes action cinema so vital and exciting.

Perhaps the truest advantage of the film premiering on Netflix is how easy it is to pause and back up to watch some genuine what-was-that moments again.

An extended scene with David Harbour as a compatriot of Hemsworth’s who provides temporary relief and shelter best hits the target that Hargrave seems to be aiming at all along, a character-driven exchange topped off by a brutal hand-to-hand fight.

Harbour seems to delight in playing the rogue, while Hemsworth puts a more straightforward action spin on his similar performance from Michael Mann’s moody tech-thriller Blackhat.

Extraction is an excellent piece of action filmmaking that falls short of the more emotionally resonant goals it wants to set for itself. – By Mark Olsen/Los Angeles Times/Tribune News Service

Excellent action, but stumbles over the more serious stuff 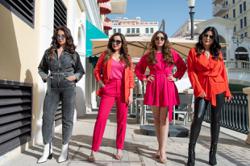 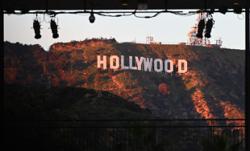