Broadway actor has leg amputated due to Covid-19 complications

Nick Cordero has starred in Broadway shows including 'Waitress', 'A Bronx Tale' and on TV's 'Blue Bloods'. Photo: AP

UPDATE: Broadway actor Nick Cordero is recovering well after his right leg was amputated, his wife Amanda Kloots announced on her Instagram Story on Sunday.

After spending 18 days in intensive care with coronavirus, Nick Cordero needed to have his right leg amputated due to complications from the virus.

Kloots shared the news on her Instagram Story on Saturday morning. Doctors had given Cordero blood thinners to help with clotting in his leg, but the treatment caused internal bleeding in his intestines.

Cordero entered the ICU on March 31 with trouble breathing and an initial diagnosis of pneumonia. After two tests for COVID-19 were negative, a third came back positive. Less than two weeks later, his health took a turn for the worst and he had to undergo emergency surgery.

“I got a phone call saying he had an infection in his lung that caused his fever to spike way above normal, which caused his blood pressure to drop and caused his heart to go into an irregular pattern, ” Kloots had said in an Instagram Story on April 12.

“He lost consciousness, he lost his pulse and they had to resuscitate him. It was very scary. They had a very hard time getting him back.” Many people on Instagram are using the hashtag #WakeUpNick to show their support for the couple.

“I wish I could see him. Hold his hand. Touch his face. I do believe this would help him wake up, ” Kloots wrote on her Instagram Story.

Cordero first appeared on Broadway in 2014’s Bullets Over Broadway, and he earned a Tony nomination for best featured actor in a musical for his role as Cheech. He’s also performed in Waitress, A Bronx Tale and on TV in CBS’ Blue Bloods. — Reuters 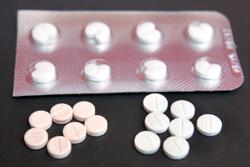