Yeo won the Best Director Award at the 2017 Tokyo Film Festival for 'Aqerat'.Aqerat has been made available on the streaming platform throughout April and May, with the rest of Yeo's previous works, including Love Suicides, Kingyo and Exhalation, to be made available at later dates.

Yeo is the youngest Malaysian director ever selected by the Venice Film Festival, and this will be the first time that Aqerat will be available for viewing by Malaysian and Southeast Asian audiences. The film will remain on the Mubi website from now until May 6.

Filmed in Kelantan, Aqerat, told in Malay and Chinese dialect, is a film about Hui Ling, who works at the Thai-Malaysian border and dreams of a better life in Taiwan. Needing to make ends meet when she finds herself penniless, her boss suggests a way for her to make money quickly by working with human traffickers handling refugees from the persecuted Rohingya Muslim minority group.

Yeo came up with the story after reading news about mass graves of people, thought to be mainly Rohingya human trafficking victims, which were discovered near Malaysia’s border with Thailand in 2015. The movie stars Daphne Low and Howard Hon Kahoe.

Founded in UK, MUBI is a streaming platform which focuses on award-winning films, classics and various world cinema picks. Each curated film can only stay online for 30 days, therefore every midnight, one film is added and one film is removed, which gives users an urgency to catch the film that has been selected for screening on the website.

There are currently four channels available to Malaysian viewers, with each channel featuring 30 award-winning films from around the world. There's 'Boo' for horror films, 'Dekho' for Indian films, and 'Sinema', for all kinds of fun comedy and action films that are mostly from Malaysia and Southeast Asia.

To watch Aqerat, go to the Mubi Director's Spotlight On Edmund Yeo page. 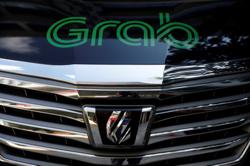