We take a look at long-time Spider-Man character Morbius the Living Vampire, who makes his big screen debut this month. – Photos: Marvel Comics

The marvel of the Spider-Man universe is that its characters tend to be quite diverse, and most are not outright evil or good, but can be quite ambiguous as well. Case in point, Dr. Michael Morbius, a.k.a the Living Vampire, who started out as a villain, then became an anti-hero and occasional ally of Spidey himself, just like Venom.

Speaking of which, Morbius will be making his cinematic debut this month, stepping into the same anti-hero space as Tom Hardy's Venom while looking to add a little bit of horror into the Sony Spiderverse.
Played by Jared Leto (let's hope his Morbius is better than his Joker), the movie trailers show a lot of promise for future Spider-Verse spin-offs and a good start for the New Year.

This week, let us turn our focus on Morbius’ comic book history, and try to make sense of this 50-year-old (!) character has remained in the dark for so long. Morbius made his first appearance in 1971's 'Amazing Spider-Man' #101.Co-created in 1971 by Roy Thomas and Gil Kane, Morbius made his comic book debut in Amazing Spider-Man (Vol.1) #101 as a Spidey villain. The insatiable lust for human blood that vampiric characters tend to have makes them natural villains, which explains Morbius’ dastardly inclinations for the first few years.

Dr. Michael Morbius is a former award-winning biochemist who has been stricken with a rare blood disease since childhood. The disease made him look pale and ugly, but he overcame this with his intellectual prowess, even earning a Nobel Prize along the way.

However, he never stopped looking for a cure for his condition, and in the end, he conducted a biochemical experiment involving the use of vampire bat DNA and electroshock therapy that went terribly wrong, resulting in him being being imbued with pseudo-vampiric superhuman abilities and physical traits. Unfortunately, the vampire bat DNA also gave Morbius an insatiable thirst for blood and a strong aversion to light.

Morbius' early appearances in Spider-Man stories tended to revolve around him searching for a cure and failing all the time!

Morbius’ introduction coincided with the updating of the Comics Code Authority, which lifted a ban on vampires and other supernatural characters.

Another coincidence – that Amazing Spider-Man #101 issue also marked Thomas’s writing debut, as he stood in for Stan “The Man” Lee, who was occupied elsewhere writing a screenplay for an (eventually) unproduced sci-fi movie.

If Morbius’ initial looks reminded you of a certain actor, that is because Kane was influenced by the late award-winning actor Jack Palance, who played Count Dracula in the 1974 television film Bram Stoker's Dracula. Had Lee not insisted on an “original” vampire, Spidey probably would have faced off against Dracula instead!

Funnily enough, Amazing Spider-Man #101 also saw Spidey himself in a bit of a monster-ish mess, having grown an extra four arms after drinking an untested formula meant to 'cure' himself of his Spidey powers! Morbius had a decent run on the black-and-white mag 'Vampire Tales'.

After several appearances a the reluctant villain in various Spidey titles, the empathy towards Morbius’ tragic fate eventually dried up. Fortunately, salvation came in the form of a 1973 stint on black-and-white magazine Vampire Tales, followed by a two year run from 1974-75 on Marvel's bimonthly Adventure Into Fear title (#20-31).

Unfortunately, Morbius failed to capitalise on these appearance, as the horror genre lacked the appeal of superheroes, reducing Morbius’ role to guest appearances and cameos for the next 15 years! Morbius’ first regular series – 1992's 'Morbius The Living Vampire'.His ordeal ended in 1992 with the launch of Morbius’ first regular series – Morbius The Living Vampire, coinciding with the Rise Of The Midnight Sons event. Morbius actually enjoyed a relatively long run this time, 32 issues before being marred by an ongoing feud between writer Len Kaminski and artist Ron Wagner.

Real life drama aside, one major development from the series is the enhancements to Morbius’ repertoire of powers, which included the ability to hypnotise others. Sadly, he failed to hypnotise real life comic fans, resulting in another few years by the sidelines (doing short stories and cameos), before a short lived (just nine issues) regular series in 2013, and another one in 2019.

Granted, there are certain limitations when it comes to coming up with stories about a vampire. To stir up empathy over his character and add to his tragic back story, his first victim turned out to be his best and childhood friend Emil Nikos, who was killed despite helping Morbius uncover a cure.

Fortunately, Blade (the Vampire Hunter) did not suffer the same fate as Emil despite being bitten by Morbius. The chemistry between them is special – sparks always fly when the two pair up, be it as opponents or as teammates (during their Midnight Sons stint) – thus igniting the prospects of a cinematic reunion.

Morbius’ comic roots have him affiliated with Ghost Rider, Dr Strange, Brother Voodoo, and almost all characters with a supernatural alignment, making him ripe for a cinematic crossover with the Marvel Cinematic Universe. 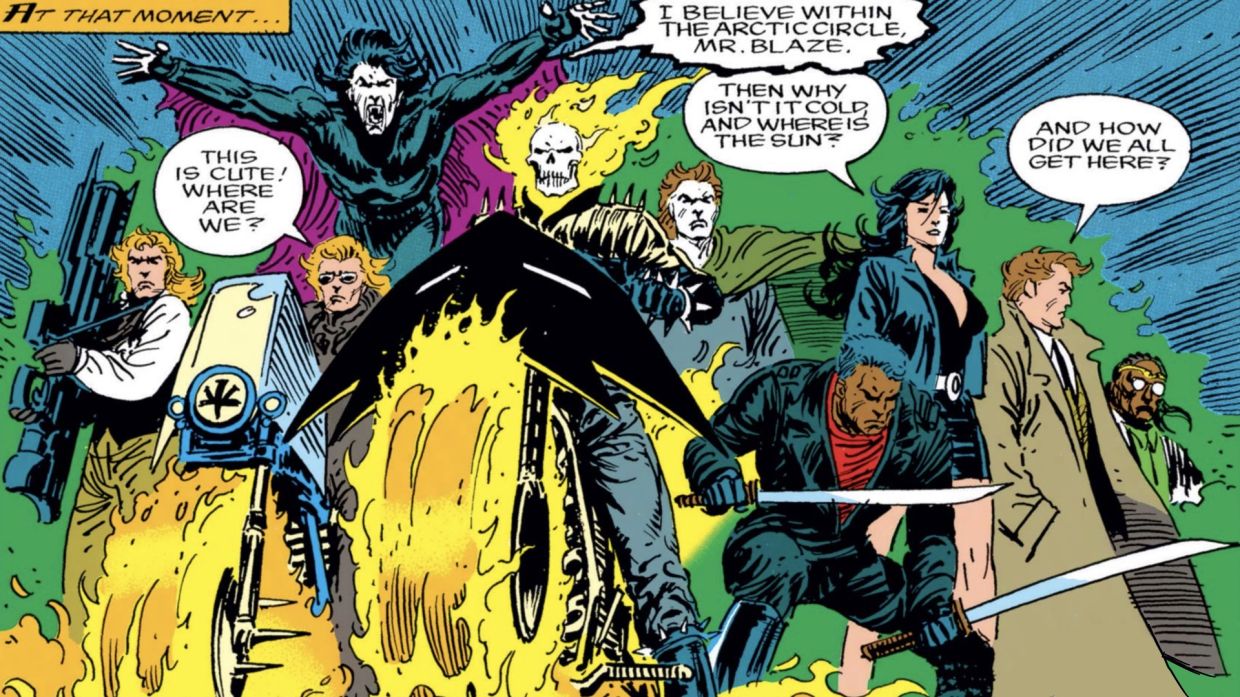 Let's hope the Midnight Sons eventually make an appearance in the MCU.

Despite being 50 year old character, it's hard to list even 10 Morbius-tales to read, let alone 50. While his Spidey-related appearances have evolved from preying on petty criminals to defending the city, I've conclued that Morbius just hasn’t truly carved out the horror niche he deserves.

Apart from the earlier-mentioned Morbius tales, other noteworthy ones include a 2007 released standalone tale in Legion Of Monsters: Morbius, which dwells into the topic of addiction from difference perspective and a more terrifying level. 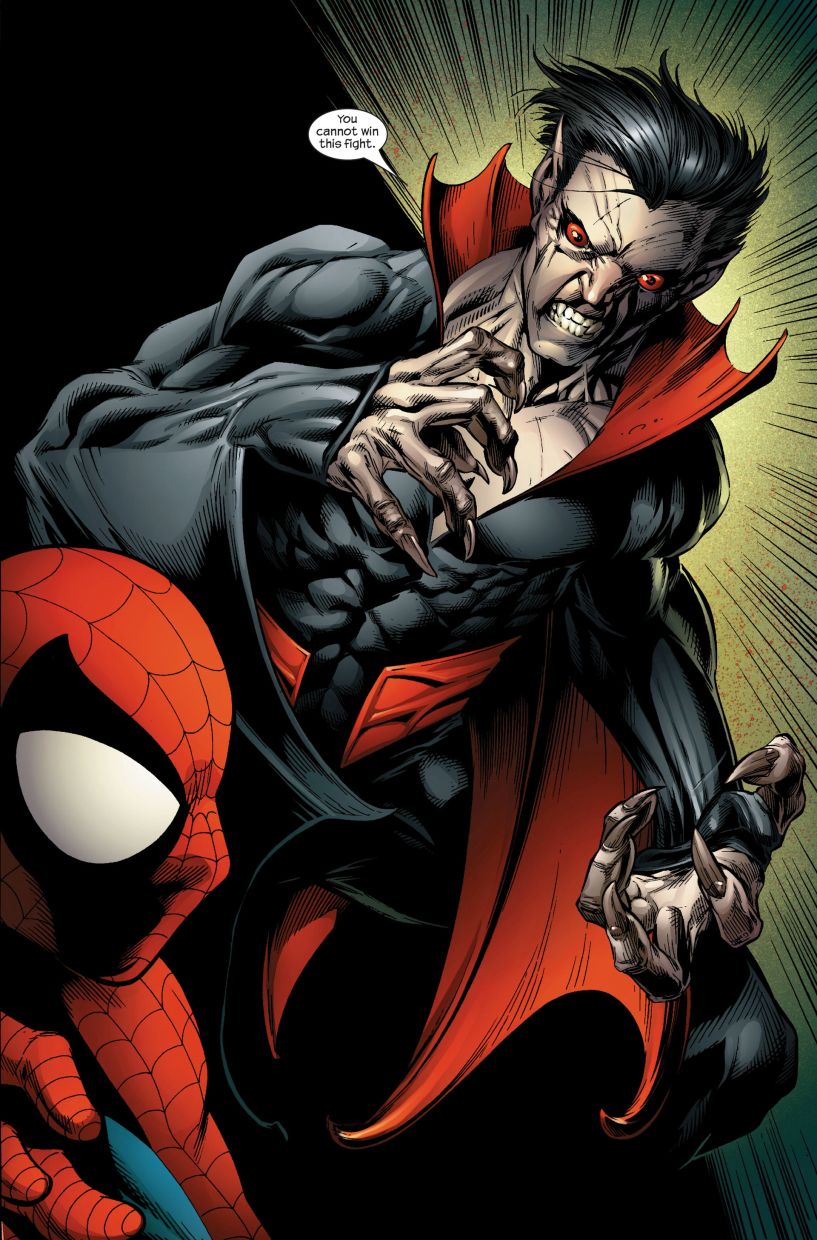 The Ultimate version of Morbius was reealed to b the son of Vlad Dracula II!Then, there’s also the 2019 series (Morbius #1-5) which saw him closest to curing himself but came price that exceeded his bloodlust (it's been rumoured that is might be part of the movie's plot).

Speaking of cures, Morbius was actually partially cured in Peter Parker: The Spectacular Spider-Man #38, when he drank Peter's blood and got simultaneously struck by lightning! Sadly, while that took away some of his vampiric personality, the blood thirst remained.

Finally, there is the Ultimate Morbius tale (Ultimate Spider-Man #95 and #96) where Morbius’ origin is tweaked to further emphasise the 'vampire' part of him – instead of being a freak of science, here, he is in fact the son of Vlad Dracula II!

For now, the Morbius movie trailers have not inspired much excitement or confidence, but here's hoping that the actual film will offer more bite than bark! 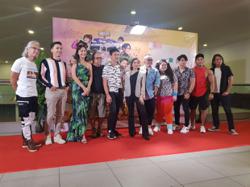