A poignant portrait by Australian photographer Carole Mills Noronha of her 89-year old father who is in a care home, holding a glass bottle with a beautiful Monarch butterfly, peering intently inside. It won the first prize at the KLPA 2022. Photo: Carole Mills Noronha/KLPA

Major photography exhibitions are always a treat. They don't happen often enough in the Klang Valley.

The Kuala Lumpur International Photo Awards 2022 (KLPA), which opened recently at GMBB, is definitely something to appeal to photography enthusiasts and curious visitors.

There is much to marvel at when it come to the KLPA 2022 exhibition, which features the top 34 finalist from its international open call – a selection of portraits based on the theme of "Human/Nature".

The KLPA 2022 theme explores various questions: what are the traits of being human? How do we react to influences from our tradition, environment, and nature?

The selected photographs depict various interpretations of the theme – be it human nature or humans and nature. Photographs from different genres are part of this exhibition, including street, documentary, fine art, conceptual and those inspired and influenced by the theme, with accompanying titles and captions. The Badan Warisan Malaysia Heritage Centre in KL, which will host the Demi Belachan Goreng! event this weekend. Photo: The Star/Filepic

A two-day event featuring talks, exhibitions and music about food heritage and cuisine culture sounds like a foodie’s dream come true. It's all happening this weekend at the Demi Belachan Goreng! event at the Badan Warisan Malaysia Heritage Centre in KL.

Think a lovely heritage bungalow venue opening its doors to the masses. You will also find 13 presenters who will share fascinating facts about this region’s rich culinary histories. And there will be no shortage of diversity when it comes to the food historians, culture activists, researchers, authors and writers who have been pencilled in for the talk sessions. They include Khir Johari, Reita Rahim, Cedric Tan, Kelvin Tan, Jahabar Sadiq, Mohammad Salleh, Fitriyati Bakri, Teckwyn Lim, Susah Orchid Bansin, Buvanes Tharmalingam, Ah Tshen, Nurul Hamzah and Adie Asraf Tan.

From Kelantan to Sabah, the talks attempt to find out what sort of food appeals to the average Malaysian’s palette? How has Malaysian cuisine evolved and has geography influenced the way we eat?

You can also learn about the various sauces across the nation and what are the tools, taboos and rituals involved in the making of Orang Asli meals. There is much to discover in this two-day programme of food adventure chats.

On Sunday, the event will close with a folk group Kugiran Baba Melaka set to perform a comically named set, Sambal Belachan And Other Sedap Songs.

This is certainly a fun and casual event – organised by the Malaysian Heritage and History Club and supported by Badan Warisan Malaysia – to keep your weekend busy. For one night only, the performing arts community from Universiti Teknologi Petronas (UTP) will be heading out to Kuala Lumpur for a special showcase titled Junjung Tradisi – A Night With UTP Stars at Dewan Filharmonik Petronas (DFP).

The concert has a rich traditional feel, highlighting old world Malay arts passed down from generation to generation.

The UTP Performing Arts Group (UPAG), the gamelan group Sanggar Kirana, and the traditional musicians of UTP Petra Group will be the performers on the DFP stage. This Sunday, the SeaShorts Film Festival will host a screening of 'fragments of Tuah' film under the festival's 'Expanded Programme'. Photo: Handout

SeaShorts Film Festival, which opened on Sept 21, is making the most of its on-site return with a bumper programme.

Themed "Future", this year's programme is looking to broaden its reach and welcome the masses to the world of short films and storytelling from this region.

There is still a lot to discover and experience at SeaShorts in the next few days. The festival boasts a wide variety of screenings, workshops, masterclasses, and forums plus a special segment that explores potential new cinematic technologies, such as the usage of Virtual Reality (VR) and Artificial Intelligence (AI) in developing film content.

The ticketed festival, which runs 10am to 10pm, is showing over 70 films across multiple festival sections, including the sixth annual Seashorts Competition where the winner will be announced during the festival’s closing. An artwork from Noor Mahnun titled 'Window' (etching and aquatint on paper, 2003) is one of the exhibits at the 'Printmaking Open 2022'. Photo: Hom Art Trans

Here's your last chance to catch 'Printmaking Open 2022', one of the biggest printmaking shows this year that has been put together by art gallery Hom Art Trans and the Chetak 17 collective.

The exhibition, which features 64 artists, offers visitors a handy overview of the fine art printmaking scene in Malaysia. The show includes a line-up of veterans, established names, newcomers and also students.

When it comes to the various printmaking techniques, this show also features a broad range of styles, including linocut on paper, etching, drypoint on paper, woodcut, mezzotint on paper, screenprint and others.

Book Launch: We Are Marching Now

This Sunday, independent publisher Matahari Books is set to launch journalist-writer Danny Lim's new book We Are Marching Now: The Inside Story Of Bersih 1.0, which is an informative and accessible account of the main players behind the birth of the first Bersih movement and the legacies, lessons and forgotten stories left behind.

As we all know, Bersih played a crucial – and very public – role in revolutionising the political landscape in Malaysia.

In this book, Lim works to gather the movement's backstories. He chats with dozens of people involved in Bersih 1.0 about the motivations, strategies, surprising co-operations and inevitable compromises that resulted in the movement.

At the launch party, Lim will hold a short talk and also participate in a Q&A session. 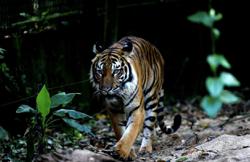 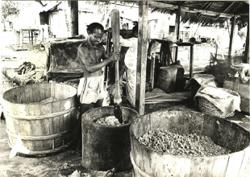