It was in this well-preserved double-storey bungalow in the town of Pulau Tikus here that Tunku Abdul Rahman, a Kedah prince, had lived after his retirement in 1970 until his passing in 1990.

Tunku Abdul Rahman bought the house for RM180,000 from his gratuity payment after retirement as prime minister.

Rumah Takdir is located at No. 16 in Jalan Ayer Rajah, now renamed Jalan Tunku Abdul Rahman in honour of the nation’s father of independence.

Stepping back in time

The bungalow, sporting British colonial design, has a white interior with brown flooring. The walls in the living room are lined with portraits of Tunku - with other leaders and everyday people - during his term in office.

Rumah Takdir's spacious front garden and simple facade was the venue for many large gatherings hosted by Tunku.

President of the Penang Malay Association (Pemenang) Tan Sri Mohd Yussof Latiff said he was among Tunku’s closest friends who witnessed how Tunku transformed Rumah Takdir into a base to foster racial unity.

Mohd Yussof recalled he was often invited over by Tunku to discuss several matters related to books, articles and newspapers.

"After his retirement, Tunku chose to stay in Penang as he regarded the state as being very close to him. He initially stayed in a terrace house in Western Road but was later offered by a friend to move to another house in Ayer Rajah Road.

"During that time, Tunku had just received his gratuity from the government after his retirement as prime minister and he immediately bought the house and named it Rumah Takdir,” said Mohd Yussof in an interview recently.

He said there was never a quiet moment at Rumah Takdir as it was always bustling with activities, including visits by the rakyat and also prominent leaders (both local and foreign).

"The most joyous occasion was observed annually on Feb 8 when people from various races - in their colourful costumes - brought food to Rumah Takdir to celebrate Tunku’s birthday.

"Tunku himself was also happy that Rumah Takdir played a significant role in fostering racial unity. At any celebration or event, Tunku would always drive home the message that the people should remain united.

"Tunku also reminded the people that unity was their fundamental strength as a people and as a nation, and it was for this reason, the nation was able to achieve independence and that they should preserve the spirit of unity for the next generation,” added Mohd Yussof.

He also sees the potential of Rumah Takdir being turned into a "Unity House".

Mohd Yussof said he was also informed that the house that was inherited by Tunku’s daughters was sold to a buyer who later had some repair work done to the property.

He also called on the Federal Government to buy the house from the owner and undertake restoration of the historic landmark to showcase Tunku’s legacy.

"The house is Tunku’s legacy and it should be preserved as a fitting tribute to his struggles and immense contributions to the nation," said Mohd Yussof.

Meanwhile, heritage activist Khoo Salma Nasution said that besides serving as a venue for fostering racial unity, Rumah Takdir was also known as a gathering place for Muslim converts.

She said as "Bapa Perkim" or founder of the Muslim Welfare Organisation Malaysia (Perkim), Tunku regularly welcomed Muslim converts to his home for community gatherings.

"Rumah Takdir was a place for Muslim converts to meet Tunku. The house should continue to be the symbol of racial unity for all especially the younger generation; lest they forget, what is achieved today is brought about by racial unity forged by past generations,” said Khoo Salma, who is also Penang Heritage Trust vice-president.

Besides proposals to convert Rumah Takdir into a museum, recent reports said that the property is now up for sale for RM62mil or for rent (RM25,000 a month) to private individuals or organisations. - Bernama 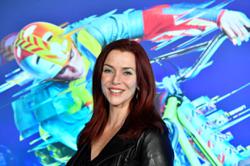 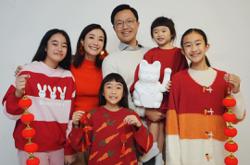