The National Film Archive of India (NFAI) had elements of 'Thamp' in its collection, not the original negative, but a duplicate negative struck from a 35mm print. Photo: Film Heritage Foundation

The late Govindan Aravindan's 1978 masterpiece Thamp (The Circus Tent) is one of two Indian films at this year's Cannes Classics selection, alongside Satyajit Ray's Pratidwandi (The Adversary) from 1970.

Thamp was painstakingly restored by India's Film Heritage Foundation (FHF), an organisation founded by filmmaker Shivendra Singh Dungarpur (Celluloid Man, CzechMate: In Search Of Jiri Menzel) in 2014. Dungarpur facilitated the restoration of Uday Shankar's landmark film Kalpana (1948) by Martin Scorsese's World Cinema Foundation, the restored version of which premiered at the Cannes Film Festival in 2012. He also collaborated with the World Cinema Foundation again for the restoration of the 1972 Sinhalese film Nidhanaya directed by eminent Sri Lankan filmmaker Lester James Peries. The restoration premiered at Venice in 2013.

The restoration of Thamp was a process that took eight months to achieve. FHF, as a member of the International Federation of Film Archives, also put out a call to all the 171 member institutions around the world to check if they had film elements of Thamp. However, the only response was from the Fukuoka Archive in Japan that had prints with Japanese subtitles burned into the print, which made the material unusable for a restoration.

The National Film Archive of India (NFAI) had elements of Thamp in its collection, not the original negative, but a duplicate negative struck from a 35mm print.

"As per our condition assessment report, there were tears and broken sprockets in the films which needed to be repaired by our conservators," says Dungarpur.

"Also, as the dupe negative was struck from a print, it did not have as much latitude as an original camera negative would have had."

"It was shot with such a low budget, they worked on an indigenous stock called Indu. It's not a great stock unlike Orwo or Kodak and unfortunately the negatives melted," adds Dungarpur.

Having worked with both Prasad Studio, Chennai and L'Immagine Ritrovata, Bologna, in the past, FHF decided that it would split the restoration process between the two labs with Davide Pozzi, director of the latter institution, supervising the restoration. The film's cinematographer Shaji N. Karun, whose directorial ventures Piravi and Vanaprastham were also Cannes selections, supervised the grading of the project alongside the director's son Ramu Aravindan, a photographer and graphic designer. The process took countless hours of manual restoration work and co-ordination between Chennai, Bologna and Dungarpur in Mumbai.

Statistics provided by FHF to Variety reveal a shocking state of affairs when it comes to films made before the establishment of the NFAI by the Indian government in 1964. Some 1,338 silent films were made in India, of which just 29 survive. The FHF estimates that 70%-80% of films made before 1950 are lost forever.

"Celluloid was was in our lives until 2012 - in not even 10 years people start behaving as if which century was this," says Dungarpur.

"They seem to have absolutely no knowledge now, how important it is to preserve celluloid heritage, because celluloid is something which is the only form of long term preservation. Also, the resolution of a celluloid film is nearly up to 24K."

Dungarpur says that funding is the biggest challenge for preserving film heritage. That is compounded by a general perception from the public and non-film institutions that the film industry should fund its own heritage.

"The challenge is not just by simply restoring them in a particular way, but to formalise a way of thinking," says Dungarpur.

"Which one needs actual restoration? How are we going to restore it? Who are the people going to be involved in it - it requires a lot of work."

Fortunately, besides Scorsese, the FHF has high-profile supporters including Christopher Nolan and visual artist Tacita Dean who attended a conference on preservation in Mumbai in 2018. In India, superstar Amitabh Bachchan is the FHF brand ambassador. Advisory board members include Kamal Haasan, Kumar Shahani, Shyam Benegal, Gulzar and Girish Kasaravalli, alongside Mark Cousins, Krzysztof Zanussi and Gianluca Farinelli.

FHF has several films in the restoration pipeline and has a growing film collection of about 400 films on celluloid stored in temperature-controlled conditions that is regularly inspected, cleaned, repaired and maintained by a team of film conservators. It has also tied up with the Academy of Motion Picture, Arts & Sciences for a first-of-its- kind oral history programme to record video interviews with the legends of Indian cinema. Bachchan, Mani Ratnam, Soumitra Chatterjee, Adoor Gopalakrishnan, Vishwa Mehra, Madhabi Mukherjee, Buddhadeb Dasgupta, Goutam Ghose and Aparna Sen have been covered so far.

Going forward, the FHF has a two-phase growth plan. Phase 1 will see a move into a 8,500 sq feet (790sq m) space that can house its film vaults, non-film archive, conservation labs, digitization and documentation and training center, library and research space. Phase 2 is a vision plan to build the India's first-ever Center of the Moving Image in Mumbai - a 60,000 sq feet (5,574sq m) institution dedicated to the art, culture and heritage of film. – Reuters 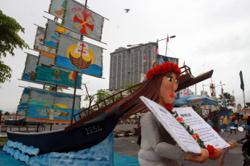