Both Adrian and Mathew will be representing Sarawak-based social enterprise Tuyang Initiative at the upcoming SIFA.

The live performance, called Mepaan (which means 'always' in the Kayan language), is helmed by the Singapore Chinese Orchestra.

Orchestral composition, indigenous music and vocal traditions will drive the spectacle on stage, while traditional narratives and ancient rites performed by South-East Asia's indigenous communities will be integral to the show's storytelling.

Mepaan, which was conceptualised remotely due to the pandemic, is directed by Natalie Hennedige, SIFA's new festival director.

“Audience can look forward to a beautiful juxtaposition of songs and other cultural expressions inherited by our ancestors – as shared by Mathew and Adrian together with the amazing sounds of the Singapore Chinese Orchestra. This is surely not a conventional or traditional cultural show," says Juvita Tatan Wan, co-founder of the Tuyang Initiative. 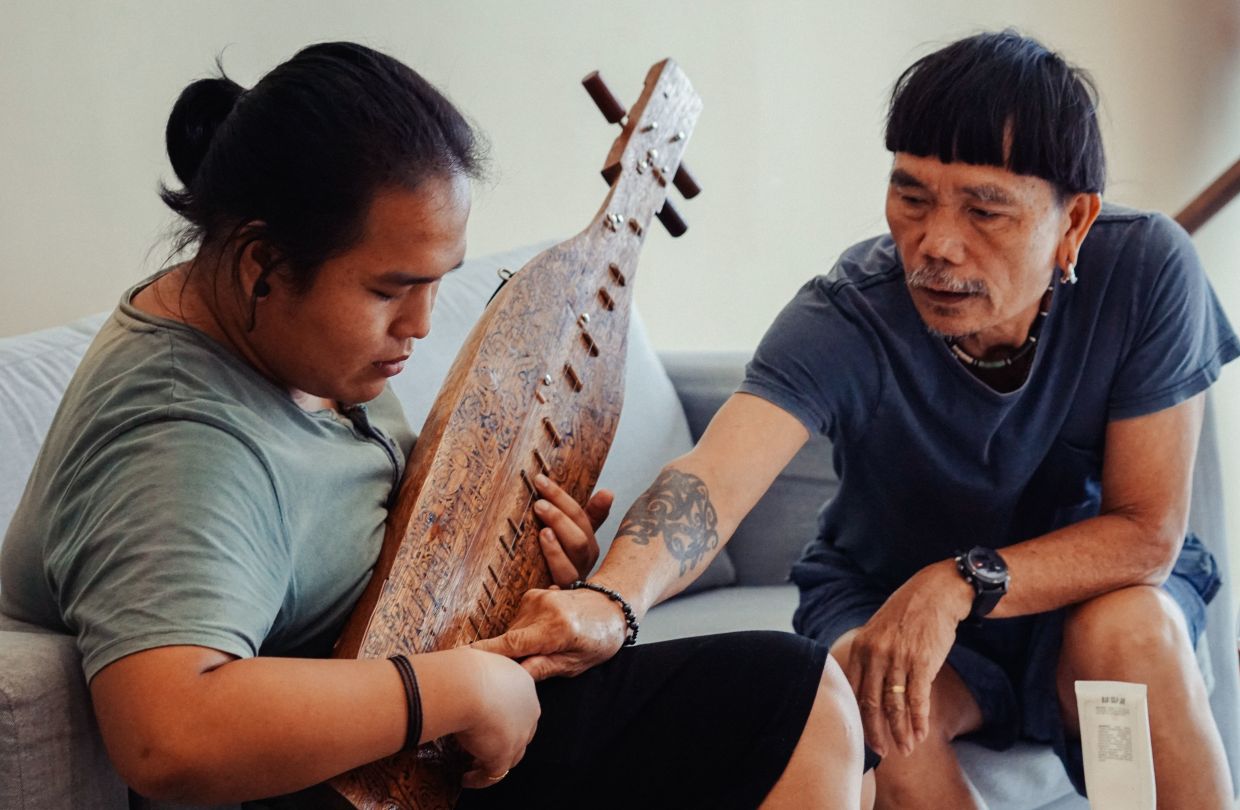 Adrian (left) and Mathew will head over to Singapore on May 9 to begin rehearsals for the SIFA performance 'Mepaan'. Photo: Tuyang/Indigo Studios

"International collaborations such as these can be leveraged to connect our indigenous cultural practitioners to the global cultural map and industry - to be taken as serious arts practitioners,” she adds.

Juvita also mentions that Mepaan is an opportunity for Mathew and Adrian to “push their own creative boundaries, beyond just the expected execution of their traditional practice.”

The Tuyang Initiative is based in Miri, Sarawak. The community-led arts management company was founded in 2017 with a social mission to connect the indigenous communities and its cultural guardians to the creative economy through the arts.