The winning entries as well as notable poems will be published by Maya Press in the 'Best Malaysian Poems: Selected Poems From Malaysia Poetry Writing Competition 2021' anthology early next year. Photo: Unsplash

Lim Jack Kin won the Malaysian Poetry Writing Competition 2021 award for his pandemic-inspired poem Year Of The Rat, which was judged the best from the 1,913 entries submitted by 860 participants nationwide.

“My poem was inspired by everything that was going on around me in 2020. It was truly the year of the rat, in more ways than one,” shares Lim, 25, a poet, podcaster and arts writer based in Subang Jaya, Selangor.

The Malaysian Poetry Writing Competition 2021 - in the English language - was organised by the University of Nottingham Malaysia (UNM). The winners were announced at a prize giving ceremony held at the UNM Kuala Lumpur Teaching Centre (KLTC) recently.

Lim, who picked up a RM1,000 cash prize, says writing has taught him to chase his feelings, good or bad.

“Writing is an important skill that everyone should have, but your experiences, and how it makes you feel, that’s the most important part of writing poetry,” offers Lim, who runs the arts-anthology podcast KITA!.

“My piece was inspired by love and is actually dedicated to my partner, who is a product designer himself. Since I was 13, I’ve always used poetry as an outlet to express myself. I think it’s important to be comfortable with being vulnerable in your emotions, especially in writing poetry,” says Jong, 26, who hails from Sarawak. Last year’s edition of the poetry competition, which was opened to poets below 35, welcomed over 500 submissions, with selected poems published in Malaysian Millennial Voices earlier this year. The anthology is published by Maya Press, a co-sponsor of the competition.

“Poetry is not a very popular literary genre. Not many people read poetry. But it is exciting to see a new generation of poets emerge over the last few years.

“With the overwhelming response in submissions we received, it is safe to say that poetry is very much alive in the Malaysian literary scene,” says author/academic Professor Malachi Edwin Vethamani, who chaired the organising committee.

The judges also gave honourable mentions to eight poets who showed great promise in their submissions.

The winning entries as well as poems that received high commendation from the judges will be published by Maya Press in Best Malaysian Poems: Selected Poems From Malaysia Poetry Writing Competition 2021 early next year. 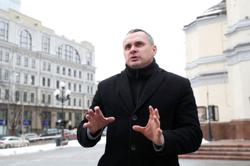