Rose Gan's book 'Dragon' about a young Captain Francis Light adds to the conversation surrounding the country's colonial past. Last year, vandals splashed red paint on the statue of the Penang founder at Fort Cornwallis in George Town. Around the world, statues and monuments of long revered colonial figures were also spray-painted or beheaded. Photo: The Star/Chan Boon Kai

Swashbuckler or swindler, trader or statesman, the mere mention of the name Captain Francis Light in the state of Penang is bound to draw an array of clashing reactions.

Known for establishing the isle as a British settlement back in 1786 under the name Prince of Wales Island, Light has been quietly acknowledged with opening the door to the eventual colonisation of what would later be Malaya. 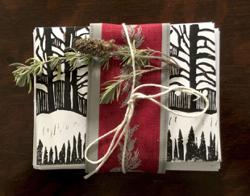 Handmade holiday cards are art pieces in themselves; some tips
Indonesian curators of documenta top art scene list despite anti-Semitism row
Shantanand Festival of Arts returns, headlined by dance and music
Superstar opera trio add sparkle to ‘The Hours’ at the Met
Rushdie shares new book excerpt as he makes recovery from stabbing attack
Did you know that the Rubik's Cube can be completed in 3.47 seconds?
Oxford Dictionaries names 'goblin mode' its word of the year
'That time of year': Christmas concerts, musicals to add to the festive mood
'Threading Hope' exhibit in KL spotlights regional weaving traditions
St Edward's Crown moved out of tower ahead of King Charles III's coronation