In this online theatre piece, a young girl decides to leave her community for personal reasons and is confronted and intimidated by the community when they find out that she’s leaving. They accuse her of deserting them and all that they stand for.

​​Lari is executed through the folk theatre tradition of “randai” which originates from the Minangkabau ethnic group in West Sumatra, Indonesia. It incorporates music, singing, dance, drama and the martial art of silat.

Lari is part of Yayasan Hasanah’s 2021 Arts For All Seasons (ArtsFAS) series. 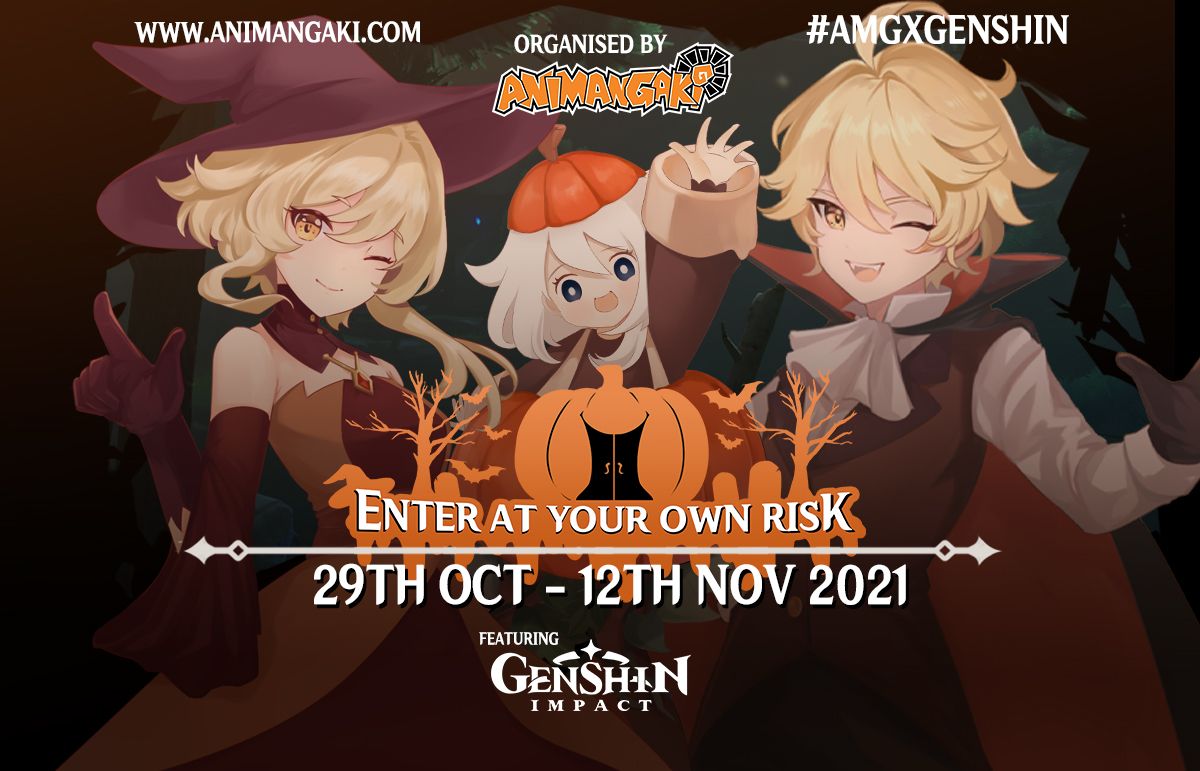 COMPETITION: ANIMANGAKI - ENTER AT YOUR OWN RISK FT. GENSHIN IMPACT

Are you ready to transform into a computer game character? AniManGaki, a pop culture platform, is presenting a Genshin Impact (open world, role-playing game) themed competition.

Geek up and dress up as your favourite Genshin Impact character in the No Budget Cosplay Competition. Use whatever you can find in your home and fashion a weapon, costume and anything that celebrates this open world game.

From the hellish Abyss Heralds to the beautiful Ningguang, you can choose your dream character.

There is also an art competition, Geek Chef Cooking Competition, a varsity challenge, art marketplace to check out in this online event.

There will also be performances by Sarawak-based group At Adau and renowned sape player Jerry Kamit.

The Malaysian Philharmonic Orchestra (MPO) is back with its Malaysian Composers series. This time around, the virtual show will take on chamber music, featuring contemporary works by local composers.

The new series, which can be streamed for free on the MPO TV Youtube channel, will be presented in three parts.

In Part 1, which is available now, catch Jessica Cho’s frantic Edge Of Lunacy, Tai Yun Ming’s Frizzy Crystals and Rayner Naili’s Nunuk Ragang (inspired by the legend of a red banyan tree that sheltered the first settlement of people in Sabah).

Kuching-based cultural arts outfit Borneo Bengkel has brought together a group of international musicians and artists to create a ‘Soundbank’ - a digital archive of sounds, images and videos from their respective countries.

This online interactive exhibition explores the theme "Divided by Lockdowns and Borders, Can We Still Connect Digitally Across Oceans Through Sound?" and presents words, songs and photographs from Malaysian, Indonesian and British collaborators.

The Soundbank project is part of Borneo Bengkel’s cross-border programme Bor(neo): North + East, which is supported by the British Council’s Connections Through Culture grant programme.

Soundbank can be streamed for free via Borneo Bengkel’s website. Date and Time: Until Nov 7

Keep the light on this Deepavali with the Kuala Lumpur Performing Arts Centre’s (KLPac) Bollywood Dreams.

Bollywood Dreams is a feelgood musicial production about two brothers who seek to escape into the magical world of Bollywood.

The show is set in 1980s Sungai Petani. Pappu and Babu, who live with their mother, need to break free and chase their dreams. Would it be a bumpy road to Bollywood for these small town dreamers?

Bollywood Dreams, ticketed, can be streamed via CloudTheatre.

Sutra Foundation’s Triyambakam (odissi), an original dance composition by Guru Sujata Mishra and a group composition by Sutra Collectives, is a work that pays homage to Lord Siva.

This will be followed by two sabdas ("speech sound") that depict the cosmic dance of Lord Siva and his destruction of the Triple Worlds of the demons.

Rentak Bumi will be streamed (free) via Sutra Foundation’s Youtube channel and Zoom.