The Instant Cafe Theatre (ICT) will be hosting a panel discussion regarding the freedom of expression in Malaysia.

The session will explore the notion of freedoms of expression in Malaysia by examining examples of art, culture, national culture, dialogue and discourses and youth engagements.

The virtual experience is a culmination of four months of exploring sounds, movements and images. Experience Zoom, the digital streaming platform the world got accustomed to during pandemic times, like never before. The Pause//Play show is a 30 minute experimental virtual ride, just enough to keep viewers glued to the screen.

Pause//Play, ticketed, will be streamed via Zoom. There will also be a post-show Q&A session at 9.30pm.

What is kompang jidor? Firstly, it is a show loaded with energy. Performed by a group of kompang players and a player who strikes the jidor (a large double-headed barrel drum), this intricate percussive art form offers viewers a feast of beats.

Done in collaboration with traditional arts outfit Pusaka, the kompang jidor online performance by Persatuan Kompang Kampung Parit Madirono was done remotely from Johor. A short documentary on this art form will also be presented. 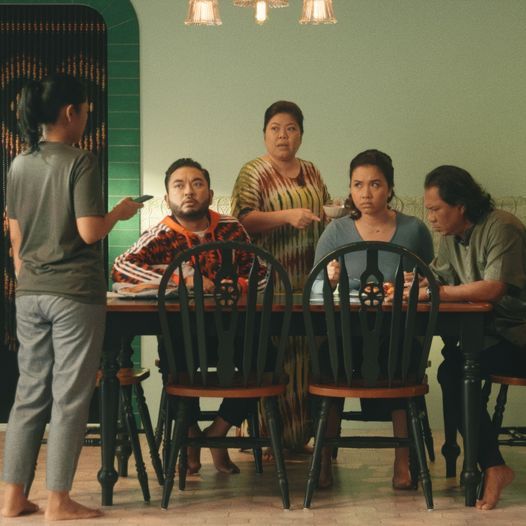 If you're interested in Malaysian-born Singapore-based director Claire Wong's Checkpoint Theatre's latest production, then you have to thank online theatre for a chance to catch Keluarga Besar En. Karim (The Karims).

This performance was planned as the Singapore company's return to live theatre. But the pandemic situation turned the 90-minute play into a feature film instead.

Meet the Karims! From sotong masak hitam dinners to heart-to-heart chats between sisters, they are your typical family of four. But when new son-in-law Aqil moves in, the shifting dynamics re-open old wounds and surface new tensions. With Encik Karim determined to remain the centre of his newly-expanded household, how far is each of them willing to compromise for the sake of family?

The 12th edition of the Kota Kinabalu International Film Festival (KKIFF) in Sabah is happening online next week, featuring 38 films and a series of webinars to keep film enthusiasts busy. It's the second virtual edition of the KKIFF due to pandemic uncertainties and travel restrictions.

KKIFF's programme is also supported by the FreedomFilmFest and Mini Film Festival. The "Cinebalu On-Line" screenings will include films from Germany, New Zealand, Spain, United States, Japan and more.

Another highlight is The Zoom10 Filmmakers' competition, with a list of Malaysian filmmakers in the mix. The Zoom10 jury has nominated nine films for awards this year. Out of the nine, three films will take the Golden Kinabalu Awards for Documentary, Indigenous Language, and Narrative. The other six films will have Special Mention.

Founded in 2009, KKIFF continues to showcase inspiring films not just from filmmakers in Sabah and Malaysia as a whole, but also those from South-East Asia, Europe and South America.