Next up for the Panggung Rakyat series is a virtual visit to Penang for an evergreen performance from the Teochew Puppet and Opera House's archives.

So if you missed the sold out PenangPac show back then, or simply want to relive the story of these star-crossed lovers – you are in luck.

On Saturday (Sept 11), this archival performance will be presented online through Cendana’s Facebook page here at 8.30pm.

Butterfly Lovers, often known as the “Chinese Romeo and Juliet”, is a tragic love story of a young woman who disguises herself as a man to pursue her studies. She ends up falling in love with another student and has to get creative in her attempts to cement the relationship with him. But theirs is a romance that cannot be, as she later gets betrothed to another and his heart breaks when he hears the news.

This show by the Teochew Puppet and Opera House stars Liu as Zhu Yingtai, and Goh as Liang Shanbo. “This is a legendary tale, an unforgettable love story from China. It delivers a message of true love and how it always prevails, even in the face of adversity and death. This is a show that everyone should watch,” says Lim Chai Lin, manager of Teochew Puppet and Opera House.

In these pandemic times, Lim adds that the Panggung Rakyat initiative now makes it possible for people to enjoy the show from the comfort and safety of their homes.

“We hope it will remind people of the beautiful story of the Butterfly Lovers, and also the beauty of Teochew opera,” she adds.

Goh, 40, who is a true blue child of Chinese opera, followed in her mother's (Toh Ai Hwa) footsteps in the world of traditional Chinese arts, and practically grew up backstage at Chinese opera performances nationwide.

Despite the pandemic restrictions putting a stop to live Chinese opera shows, Goh chooses to remain optimistic. But she admits missing greeting visitors at the Teochew Puppet and Opera House, and hopes it can reopen soon.

She also remembers the pre-pandemic days where her group of performers used to hold around 180 shows a year, at temples for celebrations and festivals or local events and shows in Kuala Lumpur. 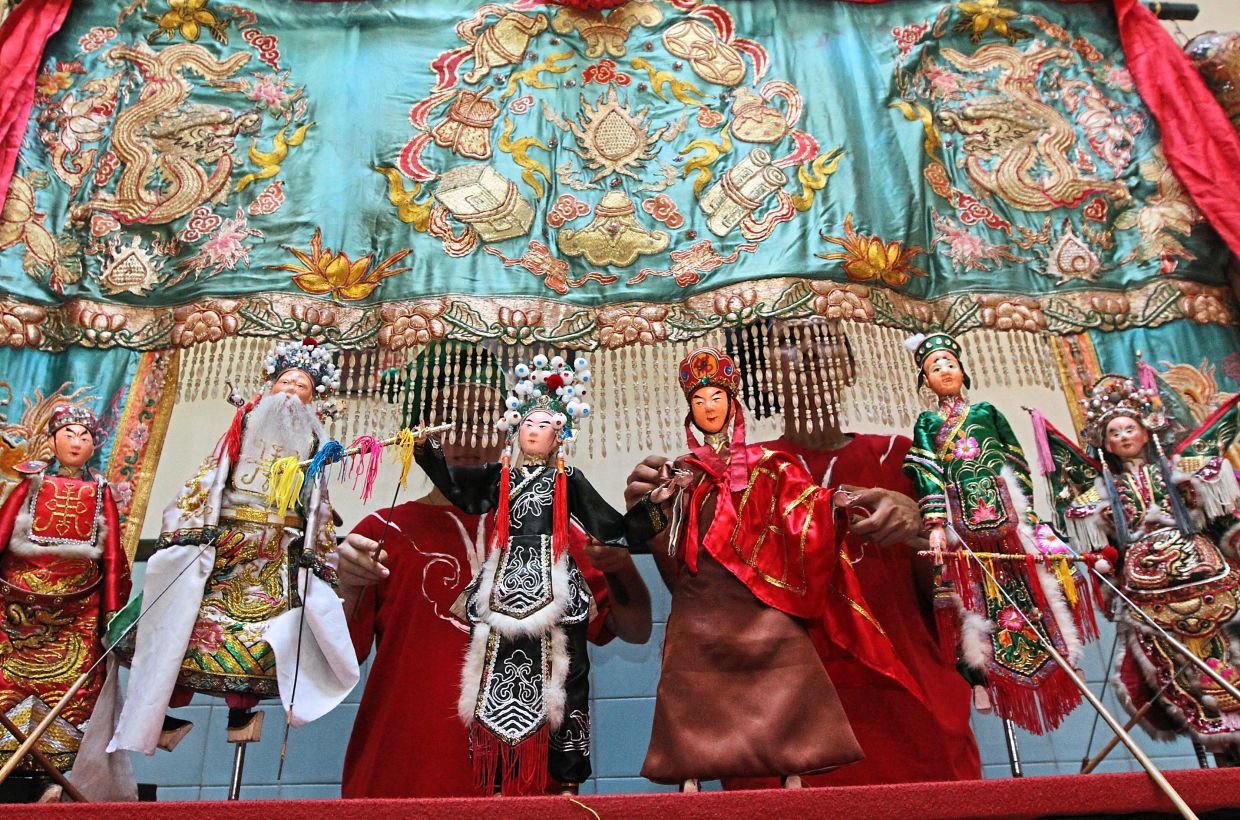 A filepic of a puppet performance at the Teochew Puppet and Opera House in George Town.

To move ahead in a sustainable way, Goh mentions she plans to work with her group in a smaller setting.

“We had two or three shows at temples this year but just privately for the Gods and our performances were cut short. We usually perform for four hours but they wanted it to last for only an hour.

“When we suggested performing via video, they told us they could just use old recorded videos instead,” she says.

Goh's group of 10 performers consists of her brother, mother, some relatives and family friends. Many rely solely on the income from opera performances. Now she reveals most of them have taken up jobs as waiters and insurance agents.

To her, the Teochew Puppet and Opera House will need to adapt and it can welcome visitors – near and far – online.

Goh has embraced the virtual world by offering online lessons where she conducts classes of various Teochew opera skills, from vocalisation and movement to drumming and puppetry.

Butterfly Lovers: Maiden Meeting is a timely reminder of the magic to be found when this resilient performer is lighting up the stage.

This installment of the Panggung Rakyat series will run for 35 minutes. The following day (Sept 12), a documentary on Teochew opera will be presented on the same platform.

Theatres and art galleries to reopen Sept 9 with strict SOPs, proof of vaccination