Bob Ross, the iconic artist who taught TV viewers 'The Joy Of Painting', is the subject of a new documentary that tells the untold story of his career and the shocking battle over his business empire. Photo: Netflix

Bob Ross died in 1995, which means there haven’t been new episodes of his show, The Joy Of Painting, in more than 25 years. And yet his celebrity might be bigger than ever.

On Amazon, you can buy Bob Ross cupcake wrappers printed with his smiling face. The product includes this promotional fodder: “We suggest attempting to style your cupcake topper icing to look like a Bob Ross Afro. Colour with food colouring to match his brown hair colour.”

So, who profits if you plunk down money on Bob Ross merchandise, be it paint supplies or kitschy items like cupcake wrappers? That would be Bob Ross Inc, a corporate entity that has no connections with (or obligations to) Ross’ surviving son, Steve. Whether or not that’s a fair turn of events is a central question of the Netflix documentary, Bob Ross: Happy Accidents, Betrayal & Greed.

But the movie, which is directed by Joshua Rofe and includes Melissa McCarthy and husband Ben Falcone as producers, is hamstrung by a reluctance of key players to go on the record: “More than a dozen people who knew and worked with Bob declined to participate in this film due to concerns of legal retaliation,” the film reveals.

This results in a muddled story that lacks a clear throughline. The documentary is strongest when it simply lets Steve – who resembles his father, minus the poof of hair – sift through his memories. There’s a lot of regret and melancholy there. Admiration too. And legitimate anger at how the Ross name itself is no longer his own. It’s a messy and complicated story.

Annette and Walter Kowalski were Bob’s business partners who provided the initial investment that funded his work as a travelling art instructor. That eventually led to the launch of the TV show on public television in 1983, but the show brought in zero money.

“People see you on television and they think you made the same amount of money that Clint Eastwood does,” Bob said in a 1990 interview. “But this is PBS. All these shows are done for free.”

His and the Kowalski’s income came from the corporation itself: The instructional books, the videotapes, the paint and art supplies and the classes. It was a fairly profitable set-up. Bob’s wife Jane died in 1992.

He was diagnosed with lymphoma not long after. This is when, according to the film, the Kowalskis sought to have Bob sign over the rights to his name and likeness, which he resisted. After his death, the Kowalskis filed a series of lawsuits and claims that resulted in this outcome anyway.

Steve was old enough to see the relationship between his father and the Kowalskis fracture and he has no affection for people he views as unscrupulous opportunists: “I’ve been wanting to get this story out for all these years,” he tells the filmmakers. “What they did was shameful. And people should know that.”

The film certainly raises questions about their moral character, though it’s all through secondary sources; the Kowalskis declined to be interviewed.

Their bluntly business-minded focus does seem at odds with Bob’s gentler outlook and persona, though.

“The Bob you see on TV is pretty darn close to his real attitude about nature and about everything really,” Steve says.

Bob was ASMR before that was even a thing, with his soothing, whispery voice, folksy demeanor, his cloud of brown hair and the minimal visuals of the show itself: A black background, an easel holding the canvas and Bob, brush in one hand, his palette in the other.

But the Kowalskis were useful to Bob in ways that the film doesn’t fully investigate. An in-depth report by Daily Beast about the saga notes that even as Bob Ross Inc came to dominate the hobby art world and push out competitors, “Bob usually floated above the fray” and he was “happy to let Walt handle the dirty work. In meetings over contract negotiations, for example, Bob would kindly defer to ‘Uncle Walt’ rather than play the hammer himself if a contentious point arose.”

You get the sense, watching the film, that this wasn’t a cynical decision so much as one reflecting Bob’s interests and personality: He would much rather be painting – or talking to people about painting – than navigating the more bruising and tedious elements of the business side. Perhaps this is why, despite growing tensions with the Kowalskis, he did not sever ties with them altogether.

Interestingly, Steve doesn’t seem particularly focused on the money. Not that it doesn’t sting; he clearly lives very modestly while Bob Ross Inc. reaps in the profits. But that doesn’t seem to be the primary cause of the deep sadness and disgust that colours his hangdog mien. You sense there are maybe other questions behind his grief, questions about betrayal and basic human decency and why does it seem like bullies always win?

The company is now run by the Kowalskis’ daughter Joan, and as the Daily Beast pointed out: “It’s impossible to escape the cold, hard reality that had the Kowalskis folded shop back in 1995 after Bob passed, it’s highly likely that Bob would have faded in obscurity. There simply wasn’t anyone in Bob’s orbit with the right skill set or business acumen to navigate the intervening decades, whether it was Walt and Annette’s keeping Bob on the air in the US while expanding internationally, or Joan’s bold venture into the realm of brand licensing to create a new road map for the Internet age.”

In Steve’s view, the company’s ethos – the Kowalski ethos – is a betrayal of what his father stood for.

But he adds: “Once I started to paint again, I realised I can take these emotions that I have and turn them into something. The Kowalskis made millions of dollars, I would say, from exploiting his name and image. But he brought so much happiness to people and that’s what’s important.” – dpa 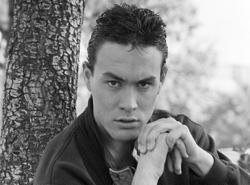