Rumi's 'Stranded On Kapas Island' tells the story of Soki, a young boy who needs to find his way back after being stranded on an island. Photo: Rumi al-Ghazali

Have you heard of Nuwa, the leatherback turtle who would offer her eggs to ensure your survival? What about Tina the python who would keep you safe in a cave? Or Liki the shark who will not only rescue you at sea but catch sardines for you?

These benevolent and wise-cracking animals kept young boy Soki alive, the protagonist in Rumi al-Ghazali’s debut children’s novel Stranded On Kapas Island, and imparted some valuable lessons to him along the way.

“Think of them as teachers. I wanted to share, through these animals, the wisdom, knowledge and experiences that I have learned over the years,” says Rumi, 55, a former doctor and retired tourism professor, who is based in Kuala Lumpur.

The book, illustrated by his daughter Zara and published by local independent publisher Merpati Jingga, is packed with fun-filled adventures, danger and a young boy’s journey of discovering himself... all inspired by Rumi’s own thrill seeking escapades.

Indeed, the father of one confesses that writing this novel gave him the chance to relive his childhood adventures and more importantly, afford his young readers the opportunity to dream of quests, just like he did when he was a boy.

“I want to inspire kids to be curious of their surroundings, explore the world, learn as much as they can and seek their own adventures,” says Rumi, who ironically sat home and wrote the book during lockdown last year.

The self-proclaimed adventurer has travelled to over 100 countries.

When he was just 12, Rumi once cycled to the interior “secret” destinations of his home state Terengganu all by himself, visiting waterfalls, sleeping at mosques and meeting friends and strangers along the way. 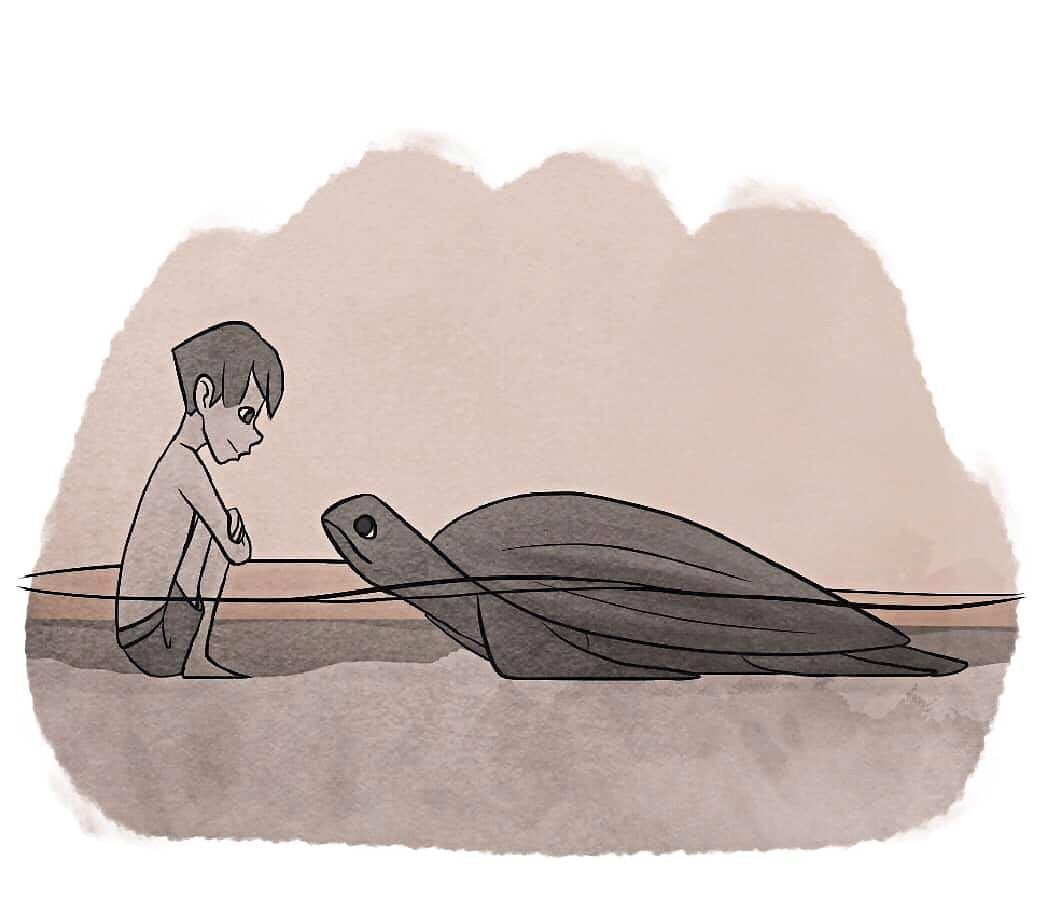 The youngest of five siblings, the young lad spent a week on this solo adventure before homesickness kicked in. But he would not have traded the exciting experience with anything else.

So you can imagine Rumi’s elation when his grandfather agreed to drop him off at the picturesque Kapas Island, just a stone’s throw away from his home in Marang (Terengganu), before whizzing off for his fishing trip.

“It was just so beautiful. The white sand beach, the clear water and I even discovered this cave when I was exploring the island.

“And what made it even fun was that there was no one else on the island. It was practically just me and this pristine beach until my grandfather picked me up in the evening, ” shares Rumi.

This unforgettable childhood experience made him wonder. What would it have been like if his grandfather had not come to pick him up that evening?

What if, as a young boy, he was left stranded in Kapas Island? Could he have survived being alone on an island?

More than a children’s book

These memories took on their own life in Rumi’s new book.

Rumi has written hundreds of journal articles and 10 academic books during his tenure as a lecturer/professor at Universiti Malaya.

Stranded On Kapas Island swims in an entirely different direction. It offers a side of Rumi’s writing for the masses to discover. But more than converting children to be young adventurers, Rumi shares that the novel is also written with education in mind. 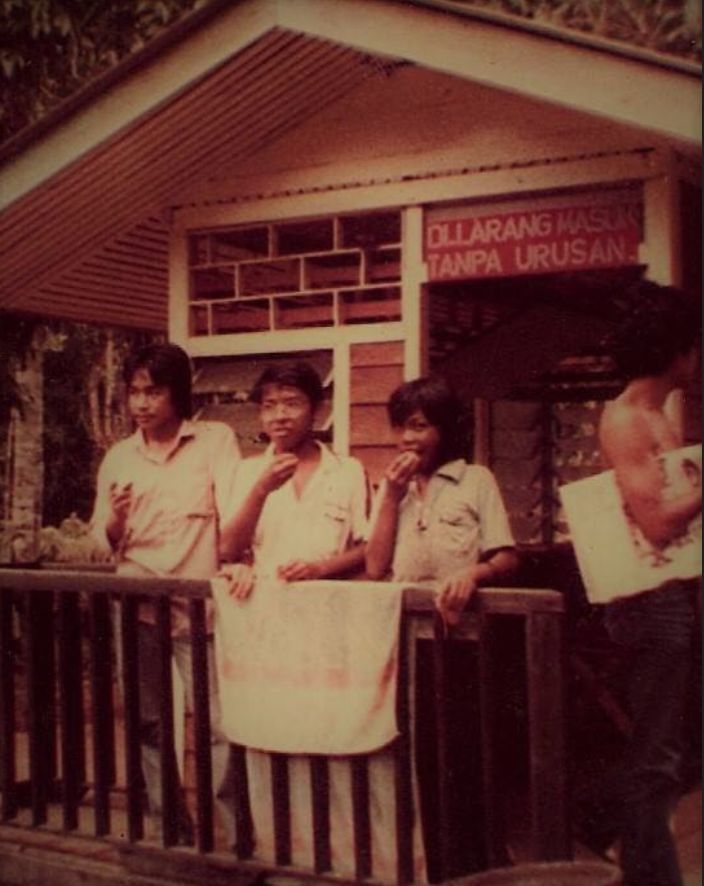 When he was 12, Rumi (centre) cycled to the far corners of Terengganu for a week, all by himself. Photo: Rumi al-Ghazali

“In the book, you will find elements such as survival skills, medical knowledge, respecting animals and even spirituality so that kids would know what they should do if they do get stranded.”

For instance, with his medical background, Rumi details how the reader can detect motion sickness and how to lessen or avoid it, signs and symptoms for differentiating closed and opened fractures (and the implications) and even how to deal with post-traumatic stress syndrome.

There are also parts pertaining to environmental awareness, especially to marine life. Rumi stresses the need to never touch any marine life, the plight of the leatherback turtles at Rantau Abang and the wrong perception that humans have of sharks being man eaters.

Throughout his travels over the years, Rumi has encountered plenty of challenges and difficulties along the way.

He recalls climbing Aconcagua in Argentina, one of the highest mountains in the world, with two of his friends. “It was a gruesome climb. It is a very tough mountain. Along the climb, there was a terrible snow storm and the three of us were trapped in the tent for five days, waiting for the weather to clear up.

“One of my friends couldn’t make it and she stayed behind. I kept climbing the final push to reach the summit. It was so exhausting.

“But when I finally reached the peak, there was an inner transformation and I think this is important for any adventurous activities,” says Rumi.

He adds that the pandemic might have put a stop to his travels. But his mind hasn’t stopped wandering. He reveals that he is now working through ideas for his second novel, another adventure tale but this time, set in Mount Kinabalu.

With travel restrictions in the country still in place, there is nowhere adventurous this outdoor enthusiast can go.

It has been difficult and frustrating, he admits.

But just like the wisdom imparted in his novel, Rumi is taking this lockdown period in his stride.

“It’s still part of the experience that shapes you as a person. It’s not what we can’t do but what we can do with the situation that we’re in,” concludes Rumi.

Discover Penang's ‘island behind the hills’ in this memoir and guide