'A Mosque In The Jungle' is a best-of collection of Othman Wok's horror stories, which he wrote in Bahasa Malaysia for the 'Utusan Melayu' newspaper and 'Mastika' magazine (from the 1950s to 1960s). They were later translated into English in the 1980s. Photo: Epigram/Filepic

The dismembered body of a murdered woman is brought into the mortuary, her severed feet still adorned with brass bell anklets.

In the early hours of the morning, the coroner hears the tinkling of bells. To his horror, a pair of feet jump out from under the table, wearing the dead woman’s anklets, and run out of the door.

The Anklets is one of the spooky stories penned by the late Othman Wok, whom most will remember for his work as Singapore’s first Minister of Social Affairs.

Fewer people recall, however, his earlier career as a hugely prolific Malay horror writer, which a new compilation of his stories, A Mosque In The Jungle, hopes to redress.

Singapore Literature Prize-winning author Ng Yi-Sheng, 40, who edited A Mosque In The Jungle, considers Othman to be a pioneer of speculative fiction in Singapore.

“Even before the creation of Singapore as a nation-state, he was adapting Malay oral culture into print, which, in turn, influences our English-language horror culture today,” says Ng, who discovered Othman’s stories in the 1991 collection Malayan Horror when he was 14.

“Othman’s work still retains many multi-ethnic elements, for example, non-Malay ghosts, characters and settings, reflecting how cosmopolitan Singaporean horror was even from an early stage.”

In the 24 stories in A Mosque In The Jungle, ghostly women brush their hair in a Chinese cemetery; a clerk who buys a new house is disturbed by knocking from inside a wall; the disembodied hand of a mummified Dayak warrior pursues archaeologists who disturbed its tomb.

The stories were born of necessity. Othman, a journalist at Malay newspaper Utusan Melayu, began writing the stories in 1952 to drive up circulation at the behest of his editor Yusof Ishak, who would go on to be Singapore’s first president.

His stories, which appeared in the Sunday paper Utusan Zaman and entertainment magazine Mastika, were wildly successful and made him a household name in Singapore and Malaysia.

In his later years, however, he was more reticent about his early fiction, says his third daughter Lily Othman, 65.

“I don’t think he took his writing career seriously,” says the housewife, who worked in travel and hotel sales and was a part-time travel writer before her marriage. She has two daughters aged 27 and 29.

She recalls how she would sometimes glimpse her father tapping away at his trusty Olympia typewriter, but he mostly wrote alone in the dead of night after the rest of the family had gone to bed.

In 1988, she decided to collect her father’s stories for print after a friend revealed how much he had loved them as a child and would devour them late at night in bed.

Her labour of love involved combing through piles of newspapers in the dark warehouse of the Utusan Melayu archives in Kuala Lumpur, as well as back issues of Mastika in Malaysia’s Dewan Bahasa dan Pustaka (Institute of Language and Literature).

Malayan Horror sold more than 8,000 copies. Lily went on to compile three more collections of her father’s work, Tales Of Horror And Mystery (2002), The Disused Well (2002) and Unseen Occupants (2006).

Othman died in 2017, aged 92. Afterwards, Ng approached Lily to ask if she might consider bringing her father’s stories back into print.

She hopes these ghost stories of old will chill new generations of readers.

“These days, when people talk about horror, it is usually Western horror, like Dracula or zombies. Maybe at best they know the pontianak.”

Stories like her father’s are part of the Malay cultural inheritance, she adds.

“They come from the old days in the kampung, when, after dinner, you sit around the kerosene lamp with your family, and what do you do? You tell ghost stories.” – The Straits Times/Asia News Network 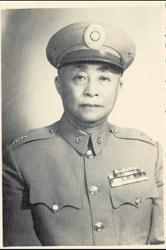 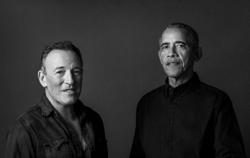