It is not often that you come across a book with a name like this: Banned In KL, Astro Boy Rides The Wave To Sky Kingdom On A Grasshopper. It is a mouthful of a title, although it also goes by its alternative name, Malaysia In Fifteen Postcards, which essentially sums up what it is.

This “art book”, written by Ong Kar Jin, digital researcher, Simon Soon, academic researcher, and Lim Sheau Yun, architectural researcher, presents snippets of our country’s history, with images and accompanying text for every decade from the 1880s to present day. It has perforated pages, so each image can be torn out as a postcard.

Most of the images are from independent outfit Malaysia Design Archive, with a few from private collections and public institutions. For instance, the 1980s image is an ice cream wrapper, donated by Goh Ewe Huat (a former ice cream factory owner) to Malaysia Design Archive, and the 1880s image is a photo of a grasshopper swatter from the collection of the British Museum.

“Some of it may seem rather random. Which is completely fine! We wanted to somewhat replicate the joy of sifting through an archive or a flea market, and chancing upon something wonderful. You can draw your own lines through history, ” says Ong.

The book’s title, of course, is a mish-mash of some of these images and what they depict.

A few other highlights include a 1940s lottery ticket, a British Malaya ration card from the Emergency era, a punk concert poster from the 1990s and a gaudy 2019 sculpture by artist Hoo Fan Chon that is nod to the infamous Raja Bomoh Sedunia Nujum VIP who made headlines with his coconut rituals to “find” the missing MH370 plane and later, to “defend” Malaysia from North Korean nukes. The book and postcard project titled 'Banned In KL, Astro Boy Rides The Wave To Sky Kingdom On A Grasshopper' by Cloud Projects. Photo: Handout

For sure, titling a book Malaysia In Fifteen Postcards could be considered a bold claim, Ong concurs as much.

“After all, how can we presume to select just 15 images that somehow represent the nation? Any attempt at this is bound to exclude, to be subject to debate, and truth be told, be rather arbitrary.

"But for many historians or storytellers it is very tempting to neatly say that these postcards somehow sum each decade up neatly, with a ribbon on top. There is a desire to order, to make sense of, to categorise, ” he says.

“But history is messy. It can be violent as well, in how it can perpetuate narratives of hegemony and injustice or forward colonial ideas. So the project of the book, in the selection of images and certainly of the perspective with which we choose to light them in, is to embrace this messiness and arbitrariness.

“If history-making must be so artificial, then let us at least highlight an alternative way of considering Malaysia’s story – whether it is through the lens of the small things (to tell the story of the Mahathir administration via a humble ice cream wrapper) or to consider the underbelly (the dissidence of punk rockers rebelling against the drumbeat of development) or those who have often been ignored (the unflinching stare of a Malay woman peering straight back at a colonial camera), ” he continues. Each historical image is printed on perforated pages that can be liberated and used as postcards or decorations; once torn, fold the book in and you have a tinier version of the book. Photo: Handout

He adds that the 15 postcards aren’t meant to be exhaustive or authoritative in any way, but they hope that this series highlights an alternate vision of what each decade was.

“Many Malaysians tend to see old images or things and wax nostalgic, like ‘What a waste, see lah we used to be so xyz harmony harmony blah blah’.

“But that is obviously a kind of rose-tinted lens. Instead of provoking nostalgia, we hope our book provokes thought, a pause to consider the realm of possibility, and a critical reflection of what more ‘official’ histories often leave out, and the cost of this.

“An analogy I often think of is that the bigger the building, the longer of a shadow it casts. Monumental, ‘big’ histories often obscure the smaller things that are often just as important. Malaysians continue to live in the shadow of the Twin Towers; we wanted to explore what was left in their shadows, ” he says.

In putting together this book, the team spent entire afternoons trawling through the archives, browsing history blogs and looking at books of images.

Each image that popped up served as a prompt from which to spawn intricate, intertwined histories. “One example I love to bring up is ‘Malaysians’ by Mohamed Hoessein Enas, published in 1963, arguably the nation’s foremost portrait artist. It features the most beautiful portraits of various Malaysians, from judges to hawkers. But in researching its publication there emerges a very big political history: that of the Shell company which published the book and was deeply involved in lobbying pre-independence to preserve their rights to oil in Malaysian waters, especially when faced with encroaching American competition in the form of Esso.

“So it is not just a story of this beautiful portraiture but through careful research, we uncover a whole other history of politics, colonial interest and economic lobbying. I think it is this winding journey of discovery and of telling a history that is really fun and often unexpected, ” says Ong.

Malaysia In Fifteen Postcards, published by Cloud Projects, is presented in both English and Bahasa Malaysia. The BM translation is by Nadia Nasaruddin, with design by Amanda Gayle.

No doubt, history buffs, Malaysiana fans and postcard collectors will get a kick out of this book, but it is designed to be accessible to a much wider audience.

“We think of access in several ways. We are believers in open access and copyleft practices, and that includes pirating our own book. What this means is that we freely offer the PDF copy to anyone and everyone to download and keep forever.

“Of course, for those who can afford it, we also believe there is great value in a physical copy of the book. It is a beautiful little book if I may say so myself and we want people to enjoy holding it, caressing it, seeing the beauty of the images, and to experience that thrill and serendipity of stumbling on something beautiful and unexpected, ” says Ong.

'Banned in KL, Astro Boy Rides the Wave to Sky Kingdom on A Grasshopper: Malaysia in Fifteen Postcards' is presently available at Ilham Gallery and Lit Books. 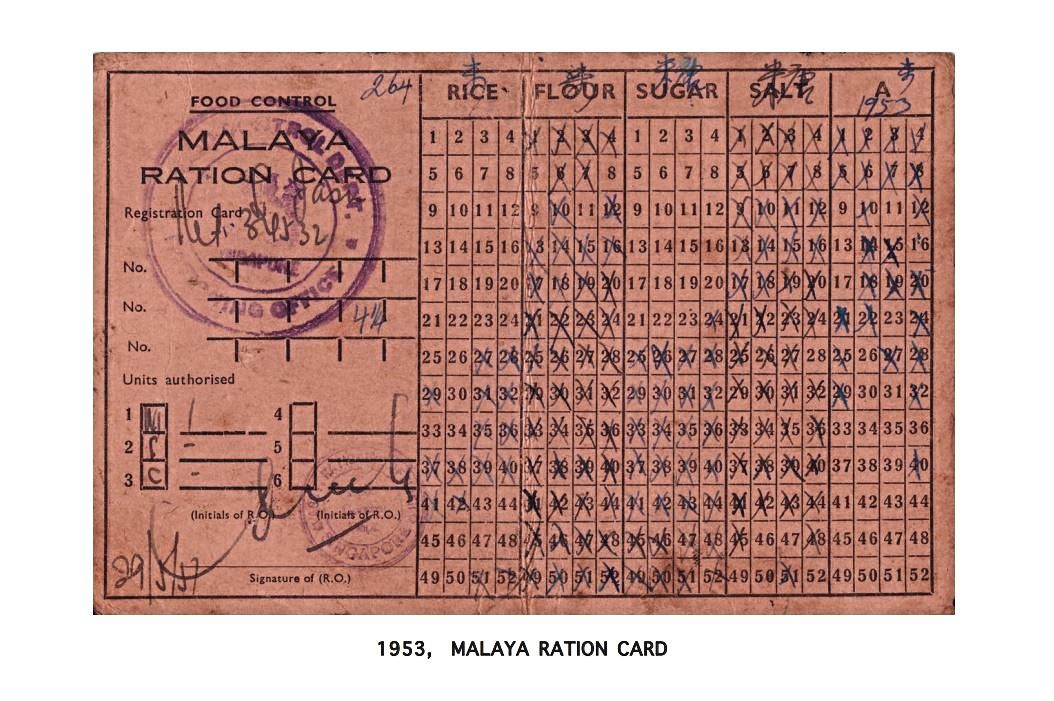 Each historical image is printed on perforated pages that can be liberated and used as postcards or decorations; once torn, fold the book in and you have a tinier version of the book. Photo: Handout

A postcard image taken from the historic ‘Malaysians’ by Mohamed Hoessein Enas, published in 1963. Photo: Handout