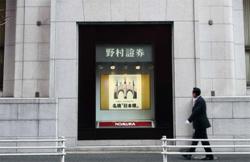 Kentaro Miura, creator of the popular dark fantasy manga series Berserk, died on May 6 as a result of acute aortic heart dissection, Dark Horse Comics, which publishes the English version of Berserk, announced early Thursday morning. He was 54.

"Miura-sensei was a master artist and storyteller and we had the great privilege of publishing several of his finest works, including his masterpiece, Berserk. He will be greatly missed. Our condolences go out to his family and loved ones," Dark Horse Comics wrote on Twitter.

Berserk was one of the longest-running and most popular manga of all time. Miura wrote and illustrated the series, which launched in 1989 and continued to this day. The series is set in a dark, medieval, European-inspired world and follows two mercenaries named Guts and Griffith. Since its creation, the series has more than 50 million physical and digital copies in circulation. The series totals more than 350 issues published in 40 volumes.

The manga spawned two TV series. The first was released in 1997 and comprised of 25 episodes, produced by Oriental Light and Magic and broadcast on Nippon TV until 1998. The second series was released in 24 episodes between 2017 and 2018 on local Japanese channels before spreading to American distributors Crunchyroll and Funimation. A film trilogy based on the series was also released in Japan, as were two video games and countless other pieces of merchandise.

In addition to Berserk, Miura's other works include Futatabi, King of Wolves, Ourou Den, Japan, Gigantomakhia and Duranki. Fans mourned the death of the artist and writer across social media, sharing artwork from his manga series in tribute. – Reuters

Charles Grodin, star of 'Midnight Run' and 'Beethoven,' dead at 86 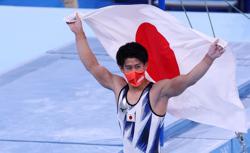 When hotel rooms become art galleries
Mena Suvari explains writing about Kevin Spacey in new book
Curtain up!: arts centre PJPac 'reopens' as a vaccination centre
New York's Met Opera mandates vaccines for new season
Kazuo Ishiguro among 13 contenders for 2021 Booker Prize
A wave of rare Hokusai works to hit the British Museum in September
How artists are embracing the spirit of Tokyo 2020 Olympics
Reimena Yee's latest webcomic on Alexander The Great is a true labour of love Premium
At the Paisley Park museum, Prince's 'aura of mystique' lives on
Discover Penang's ‘island behind the hills’ in this memoir and guide