“Poekhali! (Let’s go!)” exclaimed Russian cosmonaut Yuri Gagarin 60 years ago as the Vostok 1 spacecraft took off from the Baikonur Cosmodrome spaceport in Kazakhstan.

The historic date was April 12,1961 and Gagarin became the first person to travel into space.

To celebrate the 60th anniversary of Gagarin’s space mission, the Embassy of the Russian Federation in Kuala Lumpur, together with the Russian Centre for Science and Culture (RCSC). organised a commemoration event on April 8.

Joining the event virtually from Russia was cosmonaut Yuri Malenchenko, who was together with Dr Sheikh Muszaphar during their flight to space in 2007.

“We have made leaps and bounds in space exploration. None of this would have been possible without the sacrifices and hard work of brave souls who came before us, such as Yuri Gagarin.

Gagarin, a steel worker turned military pilot, was chosen from thousands of candidates to undergo rigorous training for a space flight.

The KL-born artists were commissioned by the RCSC to paint the 3m x 6m (9ft x18ft) mural featuring both Dr Sheikh Muszaphar and a close up of Gagarin’s face. Dr Sheikh Muszaphar says Yuri Gagarin was a great inspiration for him when he was training to be an astronaut. Photo: Russian Centre For Science And Culture

Kovaleva, who mooted the idea for a mural, says it is a significant painting as it features two men who were firsts in their respective fields.

The artists took three weeks to complete the acrylic and spray paint mural, spending up to four hours a day.

“My brother is the better artist. So he concentrated on the faces of the two men. Getting a face right is difficult. I worked on the other elements of the mural. My wife and nephews also helped out a bit. It was a nice family affair, ” recalls Allahudin, 50, who works at RCSC as a landscaper and art teacher.

Also featured in the mural, which is painted on a wall outside the main building, are the Malaysian and Russian flags, with a rocket in the middle. The date of Gagarin’s space flight can also be seen.

Besides the mural, a photo exhibition featuring Gagarin's legacy and space journey will also be held at the RCSC until April 12. There are also some free programmes lined up for the public at RCSC over the weekend. On April 10, you can get a chance to learn about the life of Gagarin at 2pm and on April 11, learn basic Russian language at noon.

“We wanted to mark this event with something lighter and more fun. Yes, we want to celebrate space exploration but we also understand this may not appeal to the younger generation. That is why we decided to commission this mural and have this other activities planned to attract a younger crowd to the centre, ” says Kovaleva.

Russian Centre for Science and Culture 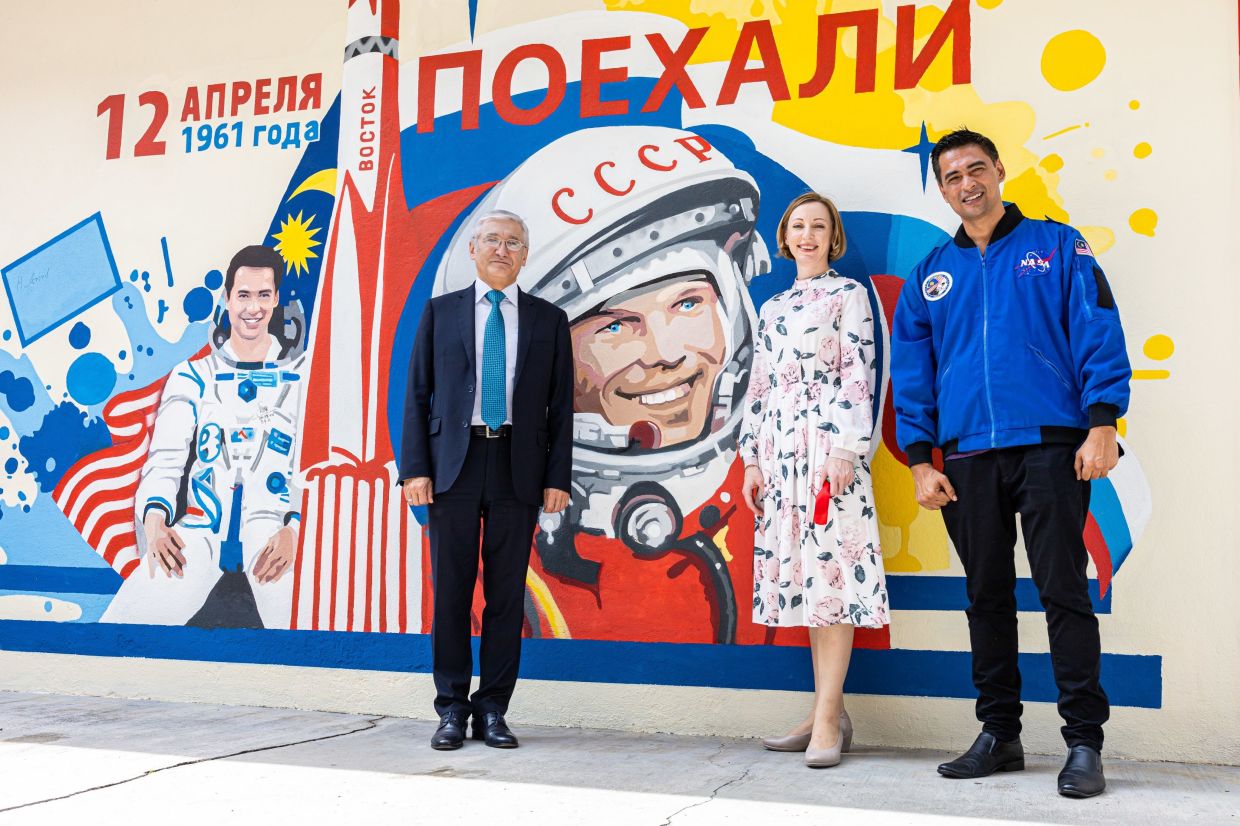 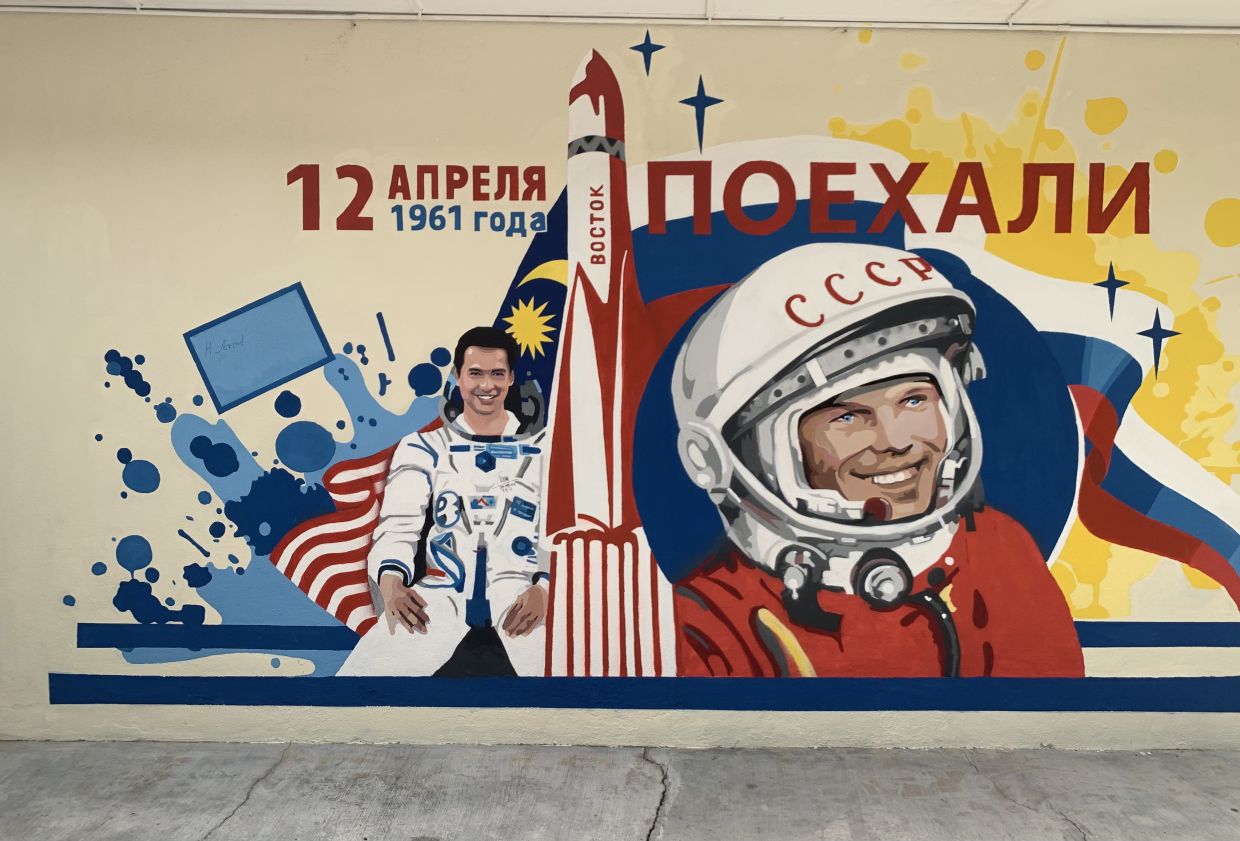 Dr Sheikh Muszaphar says Yuri Gagarin was a great inspiration for him when he was training to be an astronaut. Photo: Russian Centre For Science And Culture 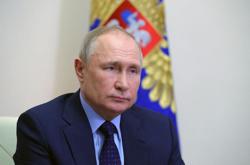