Through his career, Jeganathan Ramachandram's works explored the deep-rooted impressions of the subconscious that are related to myths. Photo: Filepic

Multidisciplinary artist Jeganathan Ramachandram, renowned for works steeped in mystical realism, cosmic philosophy and metaphors from Indian culture, has died of a heart attack in Kuala Lumpur. He was 58.

His death was announced on his Facebook page earlier today (Feb 23).

As an artist, symbolic abstraction and deep spirituality had been the Selangor-raised Jeganathan's way of translating his innermost expressions for many years. Using an ancient method of dabbing, his paintings told stories about his roots, ideology, and often celebrated Hindu scriptures.

Jeganathan, born July 17,1962, started out as a graphic artist at the New Straits Times before becoming a full-time artist in 2004.

In experimenting with sound and light, he also took his art to another level by creating 3D illumination onto his canvas in a 2014 series. Instead of producing artworks to embellish the walls, he used them as a healing tool.

“Art is not merely for decorative purposes, but plays a vital part in the balance of life, ” he was quoted as saying in an interview with The Star in July, 2014. “It is a science that involves the mathematics of lines, the physics of movement and the chemistry of colours.”

In 2017, Jeganathan was a part of the inaugural KL Biennale at the National Art Gallery. He presented an installation work titled Pendula Nonagon - Mind Balance, based on his research on the movement of the pendulum and its connection to sound and colour. This work also featured his sketch drawings from his travels in north Malaysia. 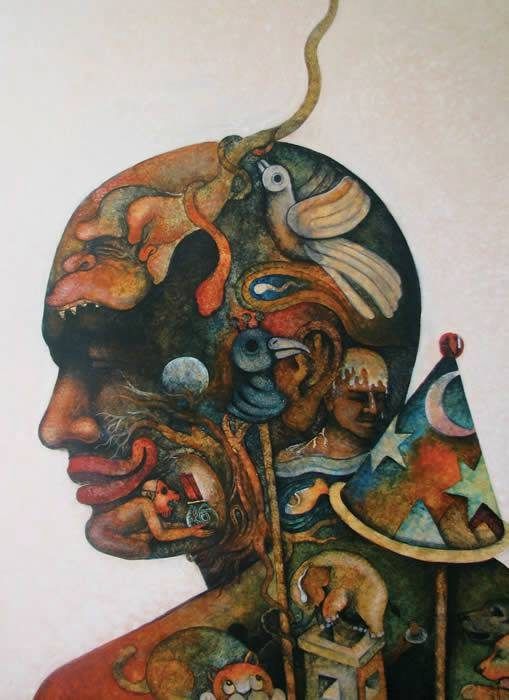 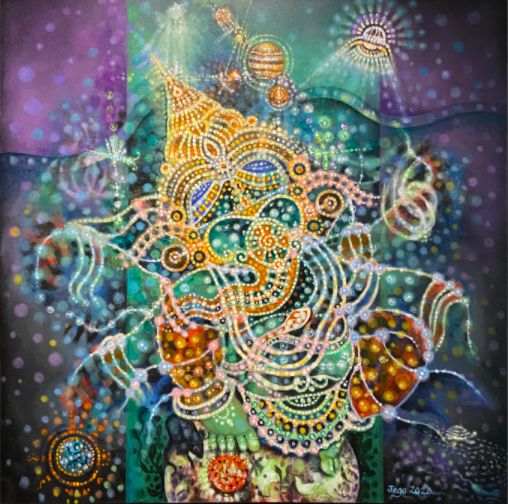 Through his career, Jeganathan Ramachandram's works explored the deep-rooted impressions of the subconscious that are related to myths. Photo: Filepic

An artwork from Jeganathan's titled 'To Defect Or Not To Defect' (acrylic on canvas) from his 'Mindwatch - The Observer, The Observed' exhibit shown at the Wei-Ling Gallery in 2010. Photo: Filepic

An artwork titled 'Aadhi Shakti (Door IEQ)' from Jeganathan's exhibition 'Mirroring The Center - The Science Of Positive Vibrations' in KL in 2014. Photo: Filepic