A list of Malaysian authors and creatives share their favourite books and poems to fit the Valentine's Day mood. Photo: 123rf.com

Pandemic downer or not, Valentine’s Day is the greatest celebration of love, and the show must go on.

Who better to talk about love than authors and poets? Many of them have set souls on fire with the beauty of their words, and love stories.

We asked some Malaysian writers to recommend their favourite works of love, and many were happy to oblige. Here is a list of books and poems they think you should fall in love with.

"I chose this poem because it’s one of my favourite poems and because I think it’s a good poem for now. An uncertain love song for uncertain, isolated times. Prufrock doesn’t know how to express his love. He is fearful and hesitant.

In his monologue he ventures forth and has experiences of love where he feels inadequate, where people stare, where he wonders if they can see the 'bald spot in the middle of my hair', where he feels people laughing behind his back, where he feels his mortality – 'I grow old...I grow old... I shall wear the bottoms of my trousers rolled', where he looks back at the delusions of his life – 'I have measured out my life with coffee spoons'.

He sees the Eternal Footman hold his coat, and snicker. But in reality does he even move? Or is he only imagining what would happen if he dare step out into life and face the twin terrors of love and society? He is frozen by indecision but knows that in the story of his life he is not even Prince Hamlet, only some unimportant 'attendant Lord'.

So why do I love it? Because this is more what love is like, this agonising search for acceptance and the awareness of the meaning of our Life and our approaching Death." 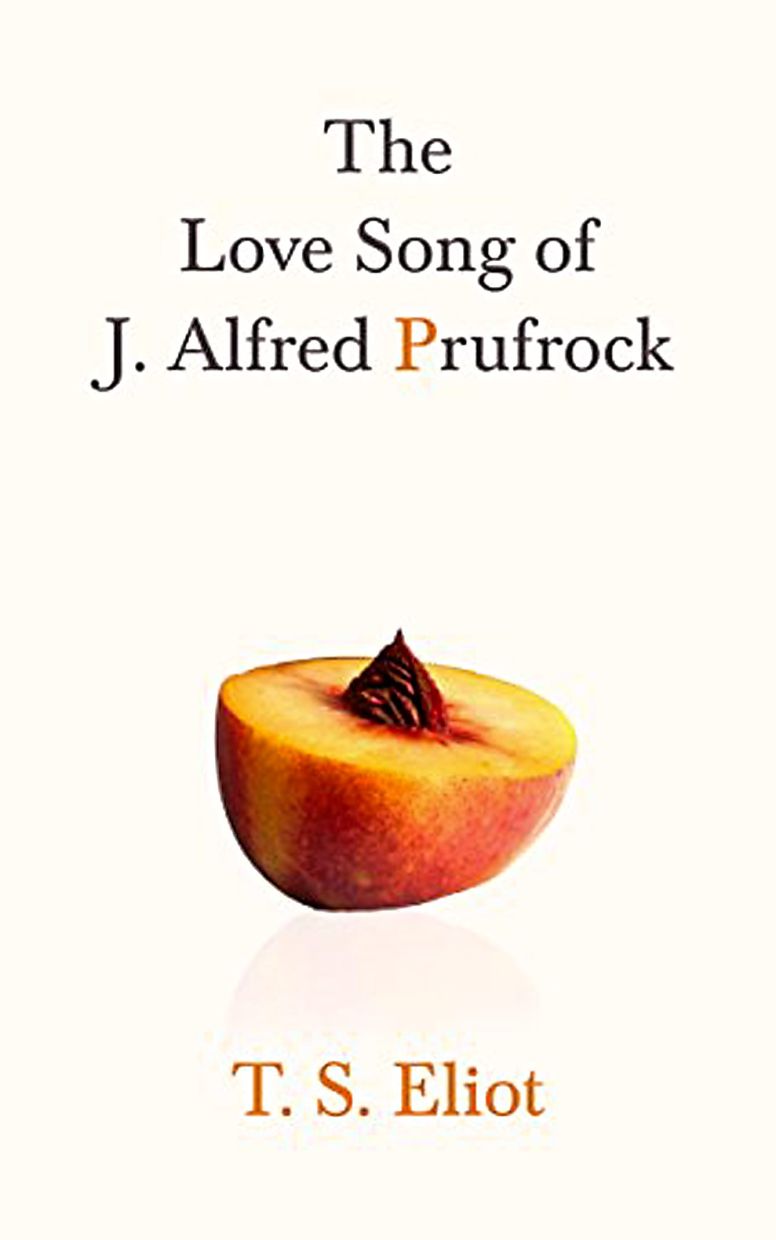 "On a cold, wet morning, in a second-hand bookshop in Penrith, a town near the Lake District (in Britain), I came upon an anthology of R.S. Thomas’ poems. I read the first page, and then – as is my usual (and deplorable, according to many people) habit when deciding whether or not to buy a book – I turned to the last page. A Marriage was the poem on that page. I stood there in that shop, reading it.

Born in 1913 in Cardiff, Thomas was ordained as an Anglican priest at the age of 23. His works reflect his concerns with the Welsh landscape and its language and history; they are imbued with a subtle but pervasive spiritual subtext. He passed away in 2000, nine years after his wife Mildred. A Marriage was composed as an elegy to her.

'We met/ under a shower/ of bird-notes'... so begins the first three brief lines of the poem, and over the remaining 19 short, clear lines Thomas sketches a moving portrait of a married couple’s life: meeting, marrying, growing old together, and, finally, the final parting. Fifty years drift past in a sigh. I bought that anthology that morning, of course. Who wouldn’t have?" 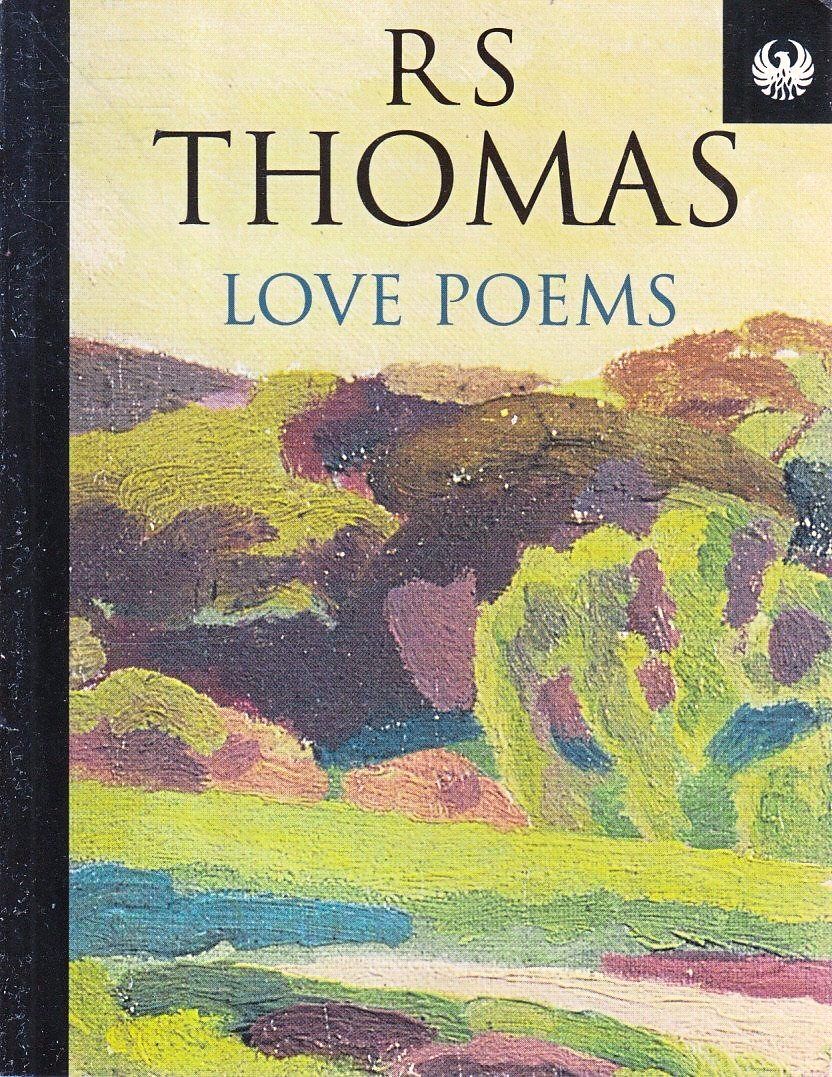 "This is the story of Tiến, a young boy growing up in the American Midwest in the 1990s, who tries to find the words to come out to his parents, who fled Vietnam during the war. There's fairytale romance in the stories they read to each other – but the comic also showcases the love that drives refugees across perilous oceans, love between parents and children, love that is forbidden and exhilarating and true.

Shining through each page is love and respect for the comics form, for the narratives it's capable of weaving. Trung includes an appendix where he details how each character's life experiences inform the visual vocabulary by which they or their stories are depicted.

The clever use of colour helps the book shift between storytellers effortlessly, to great effect. I've cried every single time I read this, and so have many of my friends. It's a masterpiece in visual storytelling." 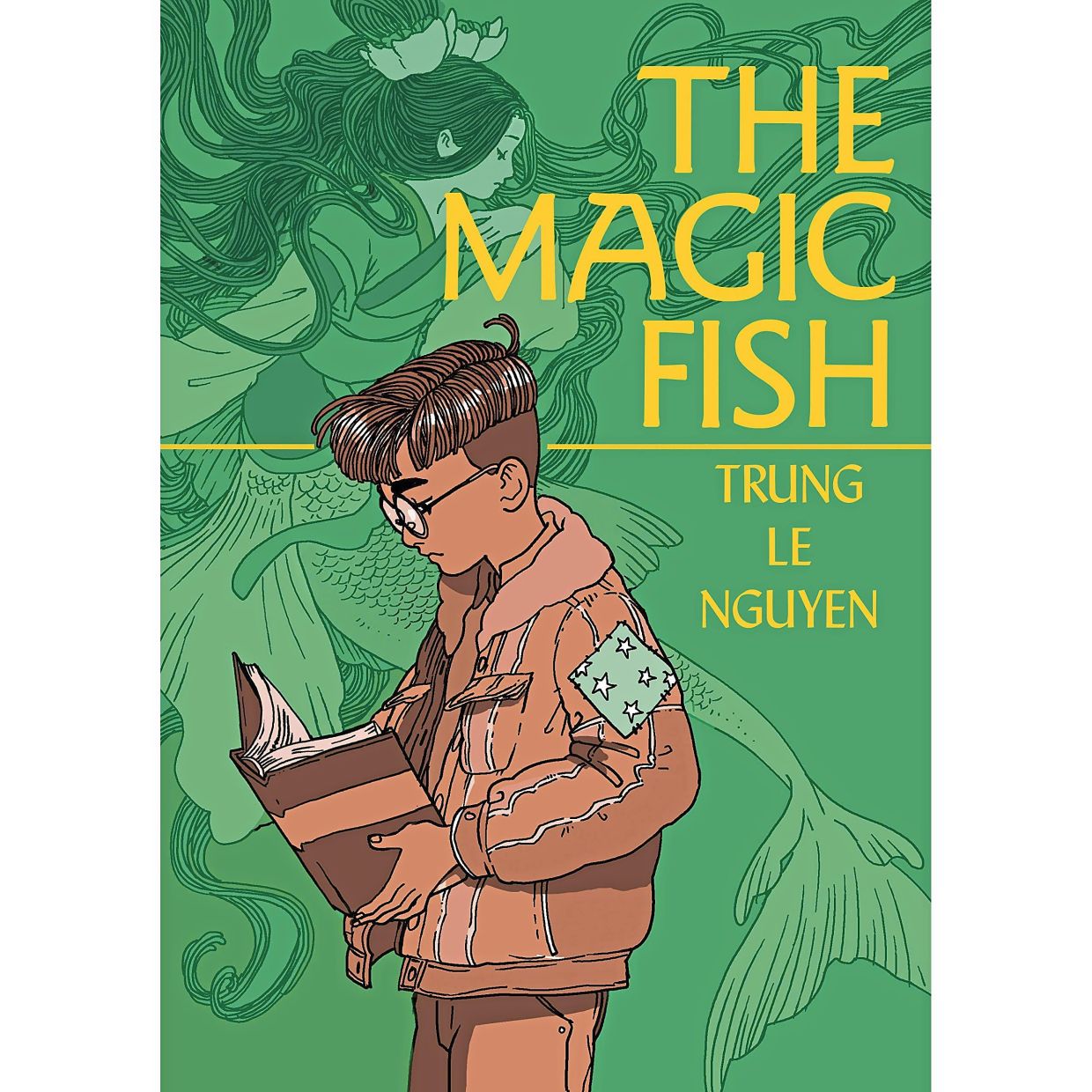 "Somehow, love and poetry come in pairs. And there are a lot of love poems out there; cringe-worthy, over-the-top, surreal, film-like, mundane – the list goes on. My favourite love poems are like any other poems and poets: there are no favourites. I adore all.

Especially, the ones like Abdul Ghafar Ibrahim’s '12,000 miles between us, dzalma/ in the middle of tenderness/ longing, hunger and thirst/ letters and phone calls' or Paige Lewis’ poem When I Tell My Husband I Miss the Sun, He Knows.

However, Matthew Olzmann's poem titled, Mountain Dew Commercial Disguised As A Love Poem is a whole different thing. Please read it: good is an understatement.

I believe the best poems are the ones that do not want to be answers, or even poems, but 'just be'. In Olzmann’s poem, he does that; even when he tries to explain 'the reason why... marriage might work', there’s no real concrete answer because of the word 'might' he used.

This is what poems are all about. This too, what love is all about – the endless possibilities to celebrate the human experience and each other."

"When it comes to Malaysian folklore, the most celebrated love story revolves around the Fairy Princess of Mount Ledang (Gunung Ledang). It holds an enduring fascination among contemporary Malaysian writers and there have been a number of retellings and reimaginings of her story.

Readers might want to explore the subject further by revisiting the following short stories: The Princess Of Mount Ledang by Leela Chakrabarty and Girl On The Mountain by Preeta Samarasan, both stories appeared in The Principal Girl, (edited by Sharifah Aishah Osman and Tutu Dutta); and also Princess, by Daphne Lee which appeared in her collection of short stories Bright Landscapes.

Princess is an overwhelmingly sensuous reimagining of the story with a shocking ending. My own version of the story, The Princess Of Mount Ledang appeared in Eight Jewels Of The Phoenix." 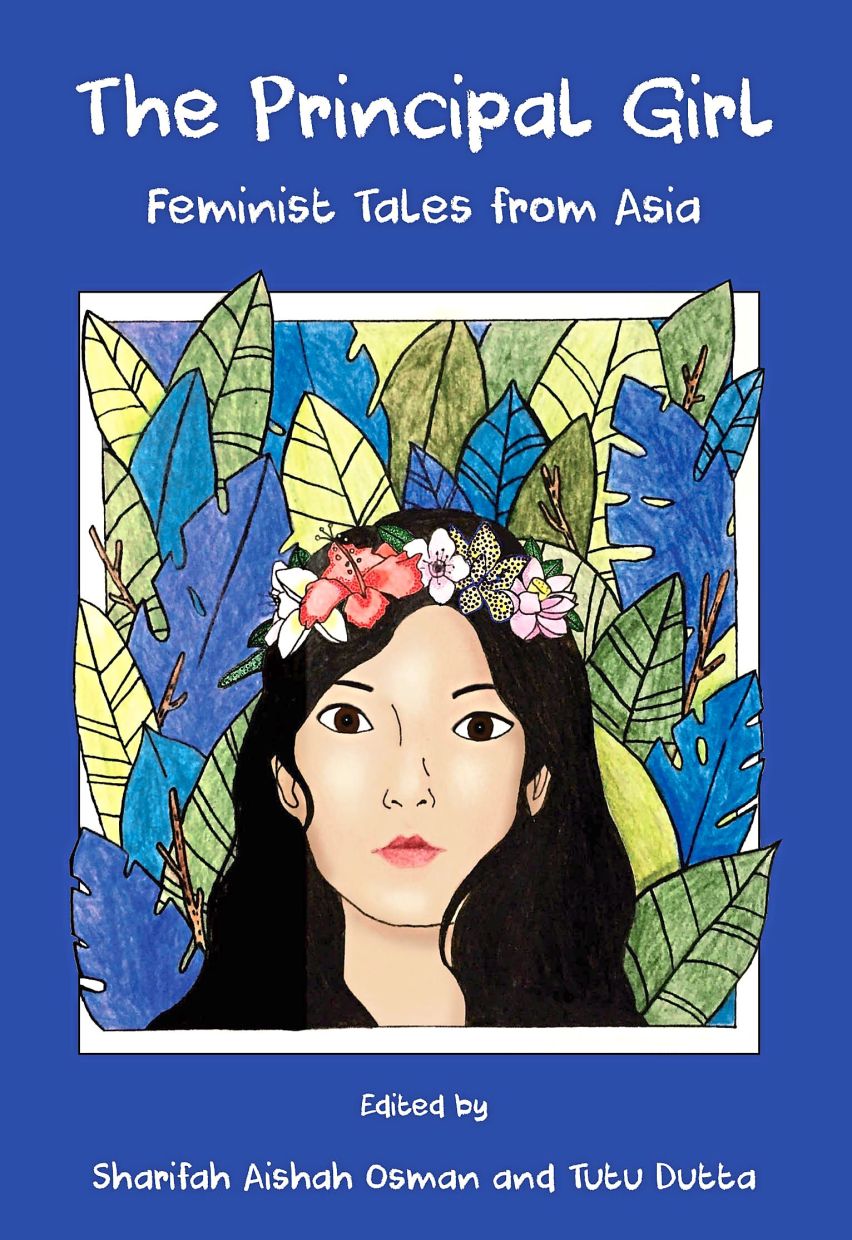 "A great book for the occasion would be Maybe Someday by Colleen Hoover. It’s an exciting contemporary romance that will surely hook you from the first page and leave you with a major book hangover. It’s a book that uses songwriting and music to draw two strangers together, and in the midst of it, a strong connection quickly blooms into romance.

While it’s certainly an easy read, it also deals with heavy issues of cheating and adultery. It will indeed cause you to have a love-hate relationship with every character that’s introduced, and it will get frustrating at times, but the depth and complexity that Hoover manages to inject into these characters is truly amazing. Her writing is simply fantastic; her easy-going, stream-of-consciousness style of writing makes her story come to life in a way I’ve rarely seen before.

Maybe Someday is an emotionally-charged rollercoaster of a masterpiece that will surely capture your heart. It isn’t your typical romance, but it is deeply passionate and uniquely beautiful – a truly perfect read to curl up to this Valentine’s Day. Whether you are an experienced romance reader or just starting out, I’d highly recommend this read." "This is not your usual love story because it’s about a boy/prince/alien from Asteroid 325 who falls in love with an anthropomorphic Rose. The Little Prince loves Rose with all his heart, but the vain, selfish Rose takes his love for granted. The Little Prince finally leaves and goes on a journey to different worlds, and faces both disappointments and moments of clarity which help him find himself.

The Little Prince finally ends up on Earth where he meets a lost aviator and a fox who teaches him that the important things in life are visible only to the heart. Upon leaving the fox, the Prince says, 'He was just a fox, like a hundred thousand others. But I’ve made him my friend, and now he’s the only fox in all the world.'

Although it’s not a traditional love story, The Little Prince is my favourite love story because it’s a tale about a journey of discovering, and eventually loving and accepting who we are, so that we can begin to recognise the things or the people who really matter to us." 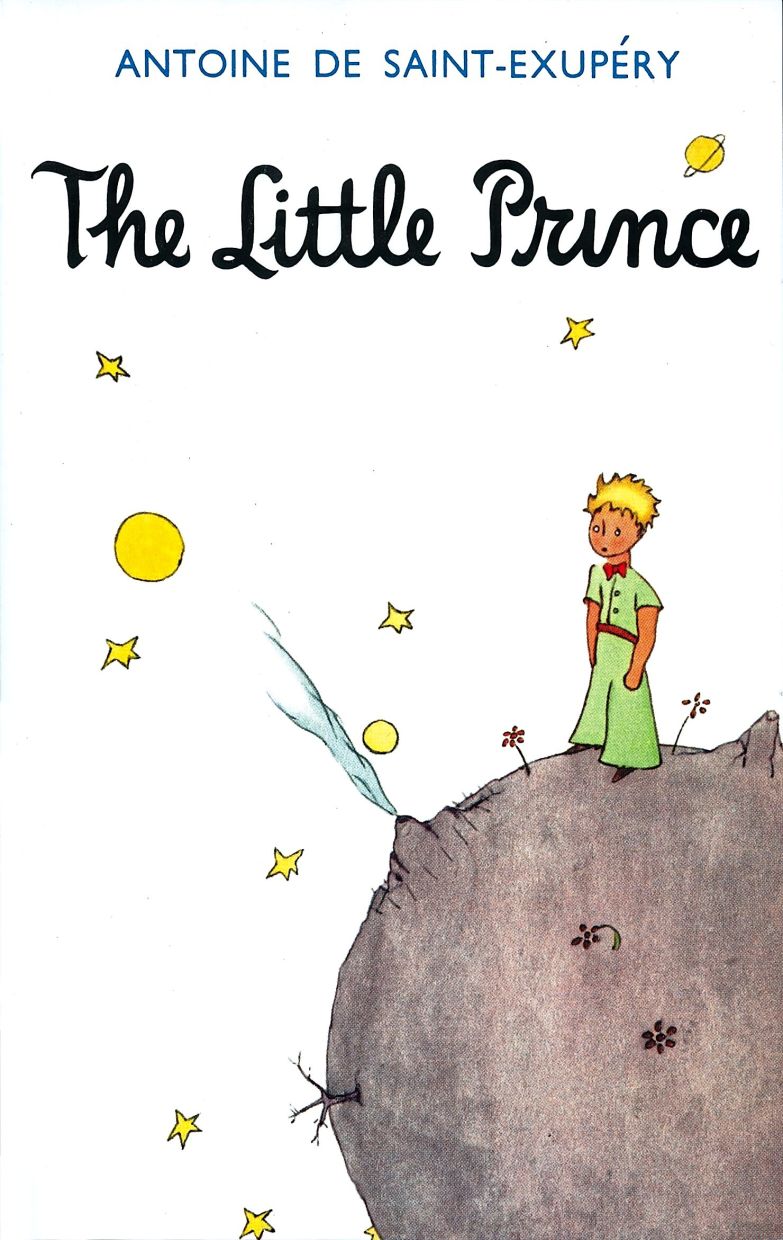 "Valentine’s Day can be quite lonely for some. Not all of us have loved ones, special friends, partners or spouses. I’m quite mindful of this and I have found this poem quite comforting. The poem will resonate not just on Valentine’s Day but on any 'special' day we are separated from those we love.

In this poem, the persona addresses all who sleep alone away from the loved ones. And in these days of the pandemic, there are certainly many of us in this unprecedented predicament. We can take heart in the lines, 'Know that you aren’t alone'.

Or we can take the advise that Stephen Stills (backed by David Crosby and Graham Nash) gave in his song: 'And if you can’t be with the one you love, honey/love the one you are with.' So, here’s wishing all a Happy Valentine’s Day!" 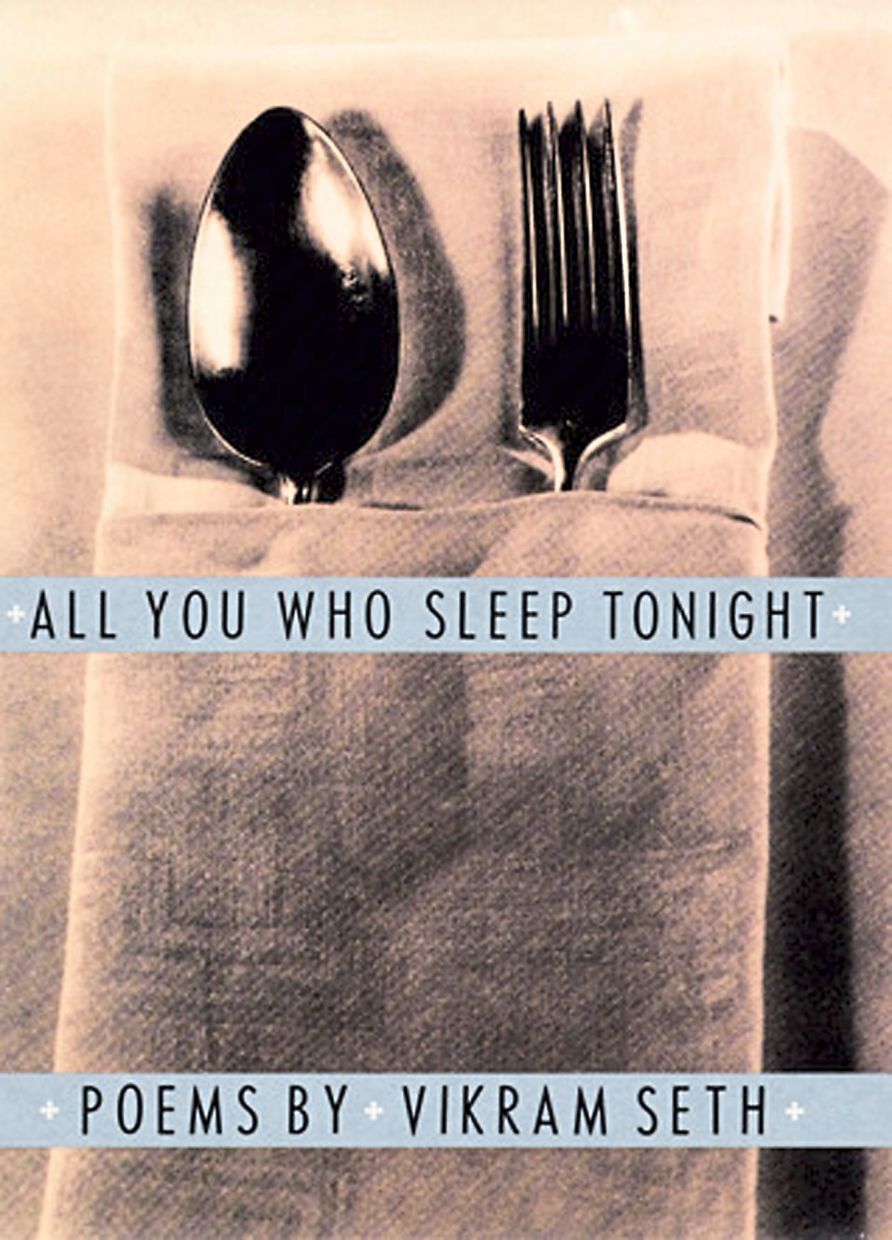 Get your favourite books all at discounted prices with Shopee Voucher