'Everyone is an artist': behind fat and felt in German artist Joseph Beuys' centenary year

With his felt hat, fat-smeared exhibition spaces and the legendary declaration that 'everyone is an artist,' Joseph Beuys embodied modern art of the post-war 20th century like few others. Photo: Handout

Joseph Beuys was a toweringly disruptive protagonist of 20th-century modern art. In the 100th anniversary year of his birth, his native Germany reflects on the artist's legacy of art for all.

With his felt hat, fat-smeared exhibition spaces and the legendary declaration that "everyone is an artist," Joseph Beuys embodied modern art of the post-war 20th century like few others.

On May 12 this year, the charismatic performance artist and sculptor would have turned 100. He died in January 1986 of a lung infection in Dusseldorf.

Twenty museums and institutes in his home state of North Rhine Westphalia, western Germany, plan to pay tribute to Beuys this year, on top of events and exhibitions set to take place in Berlin, Stuttgart, Darmstadt and Vienna.

The centenary year is scheduled to launch in early March, provided the programme doesn't fall victim to the coronavirus pandemic like so many other cultural events.

Presenting the life and work of Beuys in an exhibition is already challenging enough. He was known for using fat and felt to create art, but his legacy extends well beyond gallery spaces: Beuys was a social commentator and activist, a professor, a co-founder of Germany's Green Party, a self-styled shaman and a media sensation.

These days, gallery visitors confronted with Beuys' work in art galleries see school blackboards covered in writing, mighty basalt stones embedded with felt, huge blocks of tallow and display cases containing ritualistic objects as if for a journey into the afterlife.

The works are difficult to decipher, for they are often mere remnants of Beuys' spectacular actions. Without their creator, they simply leave the viewer to contemplate in silence.

The K20 modern art museum, located in the city of Dusseldorf, is therefore looking for other ways to remember him.

The exhibition Everyone Is An Artist: Cosmopolitical Exercises With Joseph Beuys is scheduled to open there on March 27.

"We hope that everything goes according to plan despite the coronavirus," director Susanne Gaensheimer says. Her museum, like all cultural attractions in Germany, is currently closed under a lockdown to curb case numbers.

The exhibition focuses solely on Beuys' actions and performances, presented in films and photographs, Gaensheimer says. This allows the German artist to be shown in dialogue with his contemporaries from across the world, including those from non-Western countries.

Gaensheimer doesn't want to show the large-scale pack of sleds, layered piles of felt or the 1,000kg bronze sculptures already displayed at a retrospective in Dusseldorf 10 years ago.

She considers such works to be relicts of things that Beuys did in museums himself. "If we reconstruct such installations in exhibitions, how much of the living energy of Beuys can we carry over?" she says.

Even the grand opening of the Beuys centenary year is intended as artistic performance: 24 women and men are to play the music of Erik Satie for 24 hours to launch the K20 show - in reference to Beuys' interest in the French composer, as well as his "24-Hour Happening" in Wuppertal in 1965.

The programme stretches into 2022. Other exhibitions in the state of North Rhine Westphalia include a show of Beuys' key works in the Bundeskunsthalle in Bonn, a major collection of his early works focusing on shamanism in the moated Moyland Castle, and an exhibit exploring his sociopolitical impact in Essen's Ruhr Museum.

A special radio station is also in the offing, which will broadcast theatre and other performances and an orchestral work by composer Heiner Goebbels.

There are also plans to create a Beuys "bible," consisting of 450 pages on the artist's life penned by 50 authors.

They have a lot of material to cover: including Beuys' relationship with Italy, Japan and the United States; his interest in the esoteric pursuit of anthroposophy, as well as alchemy; and Beuys' own life history, such as his youth in Nazi Germany and the mythology created around his alleged rescue by Tatars following a crash in Crimea in 1944.

The question also remains: How relevant is Beuys today?

"Extremely relevant," says Bettina Paust, former head of the Beuys collection at Moyland Castle and co-author of the book.

Paust points to the ongoing pandemic in arguing her case. One must only read his 1978 Appeal For An Alternative to see how his thought fits with today's world, she says. In it, Beuys describes the world in a state of crisis and proposes new models for work, production and finance.

But even setting the pandemic aside, Paust says "Beuys tried to retrieve art from its elitist pedestal with social sculpture and to transfer it into the reality of people's lives."

Social sculpture, which lies at the centre of the Beuysian cosmos, dictates that anybody has creative potential, as well as the ability to discover that potential and put it to work for the common good.

"Everyone is an artist," in Beuys' now-immortal words. And for that reason, he once enrolled hundreds of students to his class at the Dusseldorf Academy of Art - prompting the state to fire him.

What once was a provocation is today seen as promoting participation in the arts.

"That is ultimately what Beuys wanted," Paust says. - dpa 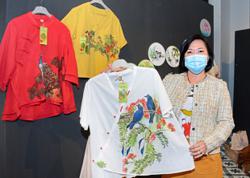