A Word Affair In Taman Desa bookshop in KL is prepared take on a more active online presence if the conditional MCO is extended. - Handout

While bookshops in the Klang Valley are allowed to operate under the terms of the ongoing conditional movement control order (MCO), many of them are facing challenges, such as a reduced number of customers.

What are the long-term plans in these uncertain pandemic times?

Some of indie bookshops haven taken steps to migrate online to help sustain business, especially when there are no walk-in customers.

Lit Books in Petaling Jaya, for example, has closed its physical store, and will only be relying on online orders throughout the conditional MCO, which is set to end on Oct 27.

The Government has yet to indicate if there will be an extension to the conditional MCO. But Lit Books is prepared for any outcome.

“We felt that the growth in number of cases in the Petaling district was more worrisome this time around than during the first MCO. In addition, we were aware of cases popping up in practically our own backyard. So even though we were allowed to keep our shop open, we did not want to encourage people to congregate and potentially expose one of our customers or ourselves to the virus, ” says Fong Min Hun, Lit Books co-founder.

“In addition, we felt that our online presence was stable enough after the trial by fire during the first MCO, and we are now a lot more able to handle online orders and requests.”

Fong adds that having gone through the previous MCO, there were a lot less unknowns to worry about this time around. While he felt revenue will be affected during this period, he feels the tremendous support his bookstore had previously received gave him confidence he would pull through.

Gerakbudaya Bookstores in Petaling Jaya on the other hand, said it will continue to be open throughout the conditional MCO, as long as case numbers did not worsen.

Gerakbudaya executive editor William Tham says the new conditional MCO has been easier to cope with, but harder to deal with business wise.

“It’s easier because we know a bit more about what to expect in terms of health and safety regulations, but at the same time the book market is still relatively stagnant. There has not been much time for it to recover after the previous restrictions were eased, so it is very unfortunate that we have to return to this situation again, ” says Tham.

If the conditional MCO is extended beyond Oct 27, Gerakbudaya is ready to weather the storm.

He admits there is more of a sense of “fatigue and low-level resignation” as well as a “certain bleakness” that the challenges previously faced by the industry were still in place.

Vannitha Balasingam, founder of the curated second-hand bookstore A Word Affair in Taman Desa in KL is also keeping her physical store open through the conditional MCO. Her shop is open for walk-ins on Wednesdays, Saturdays and Sundays, although it also depends on restrictions set by the condominium where it was located.

According to Vannitha, there has been fewer visitors to her shop in the past couple of weeks.

“Many of the regulars are placing orders online instead and are choosing to pick up the books at a later date, or to have them delivered, ” she points out.

“During the previous MCO the pop-up was not open until well into the RMCO stage. There was a steady flow of visitors during the first three weeks or so, after which things returned to normal before the recent dwindling due to the rising number of Covid-19 cases, ” she says.

Vannitha adds she has been carrying out the same safety protocols in her shop as the previous RMCO. Should this conditional MCO be extended, she says she is bracing herself for more online orders.

Books n Bobs founder Rachel Ang operates exclusively online, and she reveals that during the previous MCO, it had received a spike in sales because of panic buying, and people being unable to work.

“This conditional MCO, however, most people have learnt that there is no need to panic buy. Many brick-and-mortar shops have started moving online so there is a lot more competition online fighting for consumers' attention, ” says Ang.

“So I don't foresee a spike like before. If this conditional MCO extends beyond a month, our sales might even drop as the economy will worsen and consumers will tighten their belts.”

She mentions that while more people are shopping online, they are also spending less due to the worsening economy. How these two factors interact, she notes, will be interesting to observe. 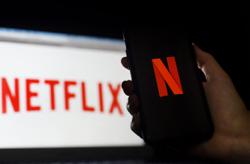