'I’ve comments from customers that their child could paint what I paint. I find this as a challenge, not to prove them wrong, but to educate the public about art history and contemporary art. I can imagine that they think my works are simple enough that even a child could do it. Isn’t simplicity the most profound stage one could achieve?' says Cham. Photo: Charles Cham

Charles Cham might be known to the world as an artist, but he is just as much a storyteller.

Just ask what started him on his artistic journey and he will paint you a picture – of movies, moving images and a little boy’s dream.

The first movie he ever watched with his parents was a story about an artist with a magic brush. Everything he painted came alive.

Cham, who was five years old then, was mesmerised. When they went home after the movie, he drew a portrait of the painter on the floor with cake powder that belonged to his mother. That was his first portrait.

“It was the starting point of my life in art. It created years of drawing frenzy for me. Every time I had a pencil, chalk, stone, nail... I would draw or scratch images on any surface I could find. After watching this movie, I knew exactly what I should be doing in life and I am really thankful for this. Imagine what would have happened if the first movie I watched was The Godfather,” says Cham.

In his teens, he contributed cartoons, portrait drawings and caricatures to magazines in Malaysia and Singapore.

Then when he was 26, he followed a voice that told him to go to France.

“I didn’t even know where Aix-en-Provence was when flying to France, it was totally a ‘follow the heart’ thing. On the autumn day that I arrived, I was sitting on my heavy luggage without wheels and silently asking myself, ‘What do I do next?’, when a lady came to me and directed me to a certain building. She disappeared as magically as she appeared,” he relates. 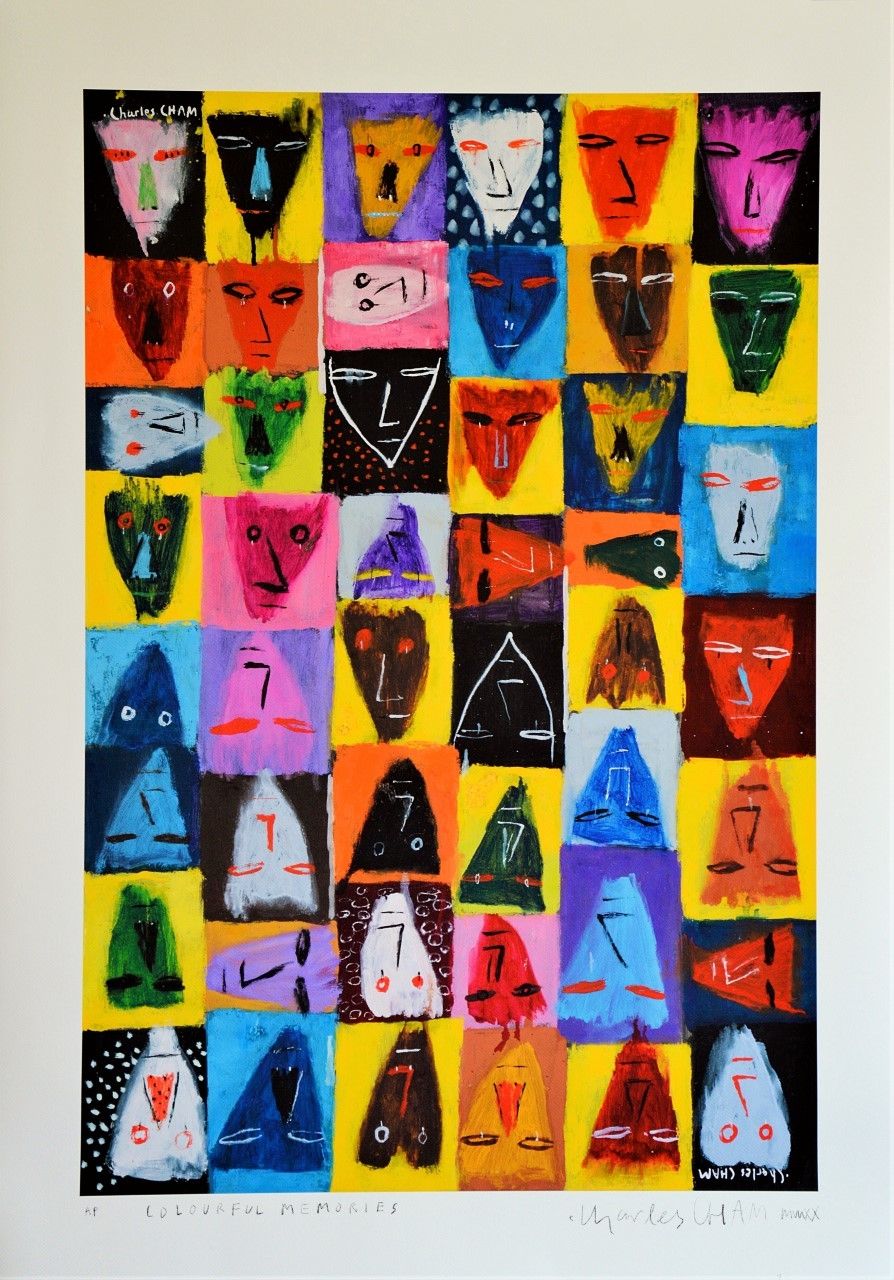 That small hotel marked the first night of his stint in France, where he studied French, went to the École des Beaux-Arts in Aix-en-Provence and in Toulon, and exhibited twice with the Association des Artistes Indépendants Aixois in their Salon des Indépendants.

“I had no preconceived idea of how it was supposed to be like in France. The first few months were intense, as though they had put me on the moon – different language, different culture, weather, food, faces, sounds,” says Cham, now 58.

It was also there that he got the idea to set up an art centre in his hometown of Melaka, specifically on Jonker Street, which he recalls was nicknamed the sleepy hollow of Malaysia because it was still quiet then, unlike today.

“My dream was to bring contemporary art to Melaka, to set up an art colony, much like Le Bateau Lavoir in Paris or the Yellow House in Arles. There were not many tourists then, rent was cheap and houses were big. It seemed like a perfect place with all the old colonial shophouses and back-in-time atmosphere.

“The forces to execute this project were too strong to ignore even though I would have loved to stay longer in France. For me, it was almost like a ‘duty’ to return to do what I had to do,” he says.

And so after three years in France, it was another flight halfway across the world. This time, the destination was home.

Cham set up The Orangutan House at Lorong Hang Jebat in Melaka in 1993. The orangutan mural he painted on the wall is still there today, albeit having been retouched a few times over the years.

“When I did The Orangutan House mural in late 1992, a lot of locals didn’t actually know what an orangutan was. When the mural was completed, they thought it was a gorilla, King Kong or Garfield,” he says.

Today, he has two other outlets, one on Jonker Street and the other on Temple Street. 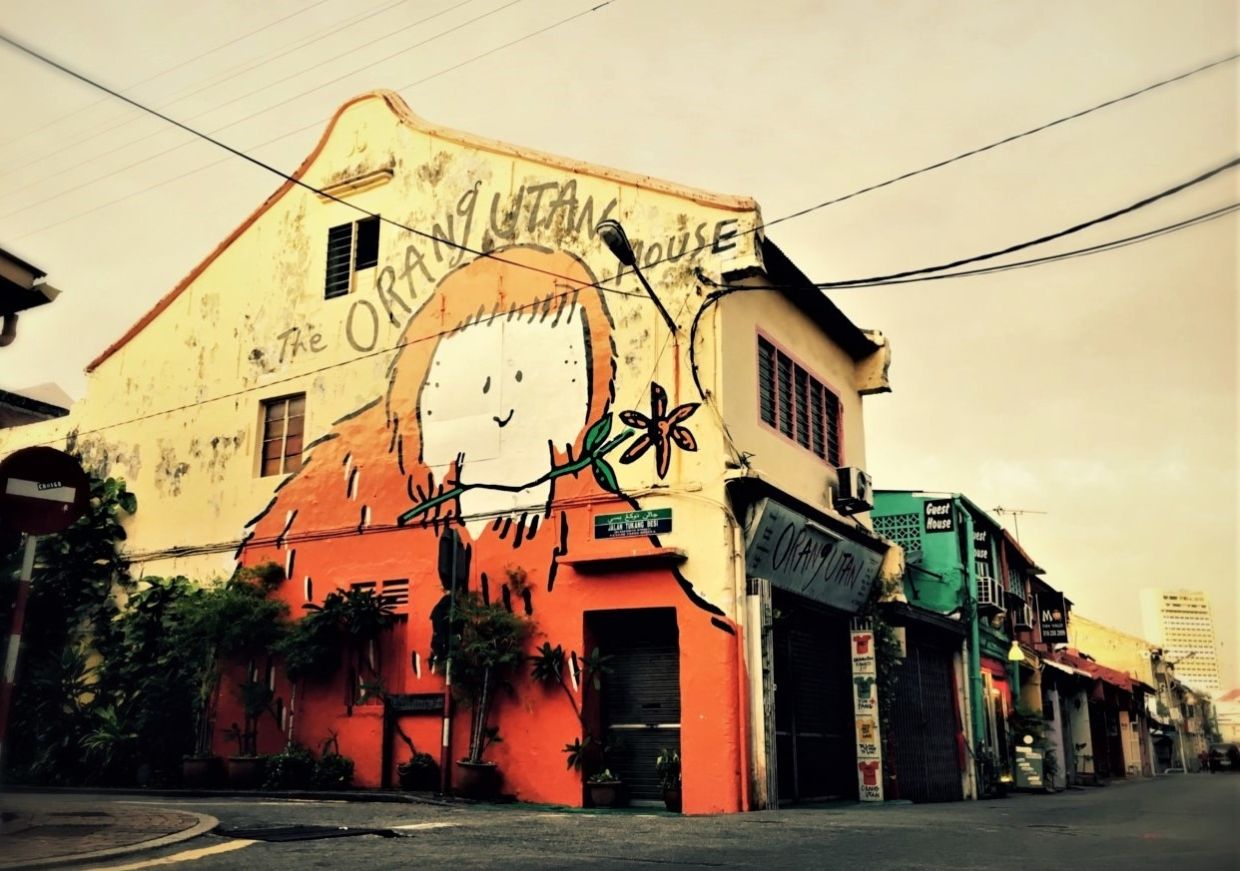 The Orangutan House in Melaka, with its eye-catching mural on the wall. Photo: Charles Cham

“Over the years as my paintings grew, I needed more wall spaces to exhibit them. So, the only way was to have more galleries. It did not happen exactly like what I had envisioned, but at least from being a lone artist on Jonker Street, today there are more than 20 artists of all disciplines including painting, calligraphy, pottery, wood carvings, graffiti, paper cuttings etc setting up studio in this area,” he says.

While Cham’s main studio is on the first floor of The Orangutan House, he works on his bigger paintings – those larger than 2m – on the Temple Street outlet.

He has always been drawn to big paintings, even in the early days of his career. In the 1990s, he did a painting for the Singapore Expo Convention and Exhibition Centre measuring 3mx10m, which is on permanent display.

From the very beginning, the Orangutan House has always depended on walk-ins, especially the weekend and public holiday crowds. With the pandemic, closure of borders and restrictions on travel, the whole Jonker Street area has been empty for months.

Cham notes that the pandemic has changed everything, from how businesses are run to how we live our lives. He has been spending a lot more time painting and is contemplative about how his works reflect his state of mind throughout this time.

“I do not know exactly why I have felt this new feeling of hope. Perhaps it is because I have gotten over the fear and the change. However, we are still in the midst of the pandemic and I am still looking for new ways to being an artist in this era. When the waves are stronger, you will need to swim harder. So, I am spending eight to 10 hours a day in the studio, six days a week,” he says.

Something new has emerged from Cham’s studio during this MCO: the limited edition art prints he has always wanted to make, but never got around to.

“I have always had this desire to make limited edition art prints since the 1990s when I was in New York and saw the prints of Andy Warhol and Keith Haring. Somehow, painting has always been my main priority and the prints just never came to materialisation until the lockdown began.

“During the MCO, I knew I had to find another way to bring my art out there as most art lovers and collectors are not able to come to my galleries in Malacca until perhaps next year,” he says.

So far, Cham has come up with over 10 designs with silkscreen and giclée printing. More are in the works and he is also looking at different printing methods. He sells these prints via Facebook and response has been very encouraging, with buyers mostly from the US and Europe. 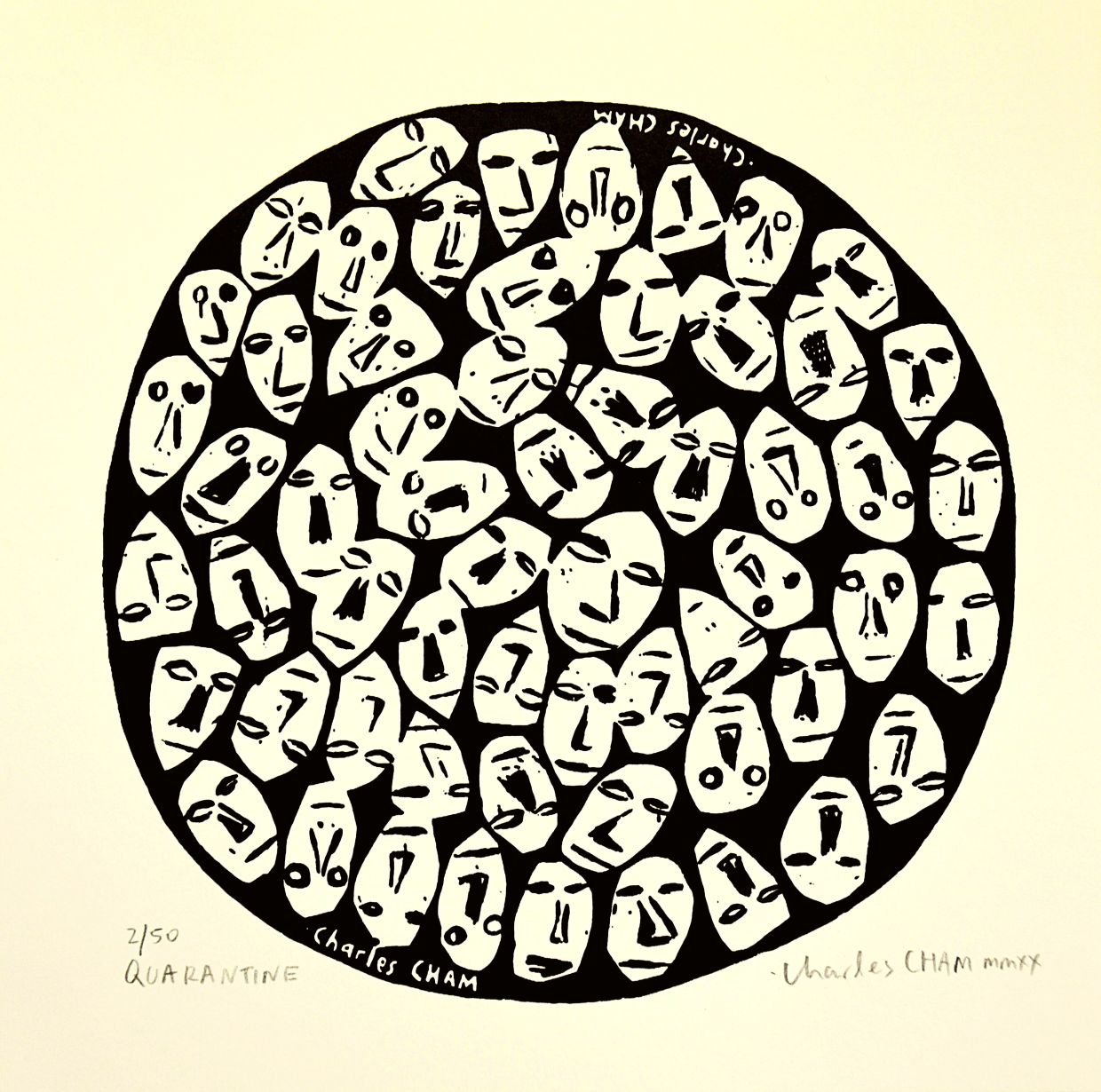 “Limited edition art prints are more appreciated there than locally. I think that this is one area in art which has been neglected for a long time in Malaysia. There is so much potential for this genre to grow here. It is a good entry point for young or new collectors as they are still much cheaper than an original oil on canvas. This will inculcate an art collecting/art appreciating society which is still in its infancy state after more than 60 years of independence. This ‘cheaper version of art’, which still is an original from the artist, is even more important these days with the current economic situation that everyone in the world is facing,” he says.

In light of the pandemic, the latest product from Cham’s gallery is the Orangutan face mask. It was launched in August this year and matches the orangutan T-shirts that have been around since The Orangutan House was established back in 1993.

More than five decades after his brush with the movie of the artist that made paintings come to life, Cham still carries this sense of wonderment and imagination with him.

“To be able to dream is as important as the artist himself. Being creative is the greatest asset of an artist. Without it, he’s a craftsman. I believe that an artist is not someone who makes pretty paintings.

“That too, is craft. In fact, art does not necessarily have to be pretty, but it has to look good. So, while we make paintings, we must also make art. This is not the easiest or wisest profession to choose to make a living because it usually takes a life and a day to make it. But if it is a calling, then you have found your true self and nothing can deter you from it.

“Every new painting I start, every new canvas I face, still excites me to see how the images appear from beyond the depth of the canvas. I believe this passion is something that will stay with me until the end,” he concludes. 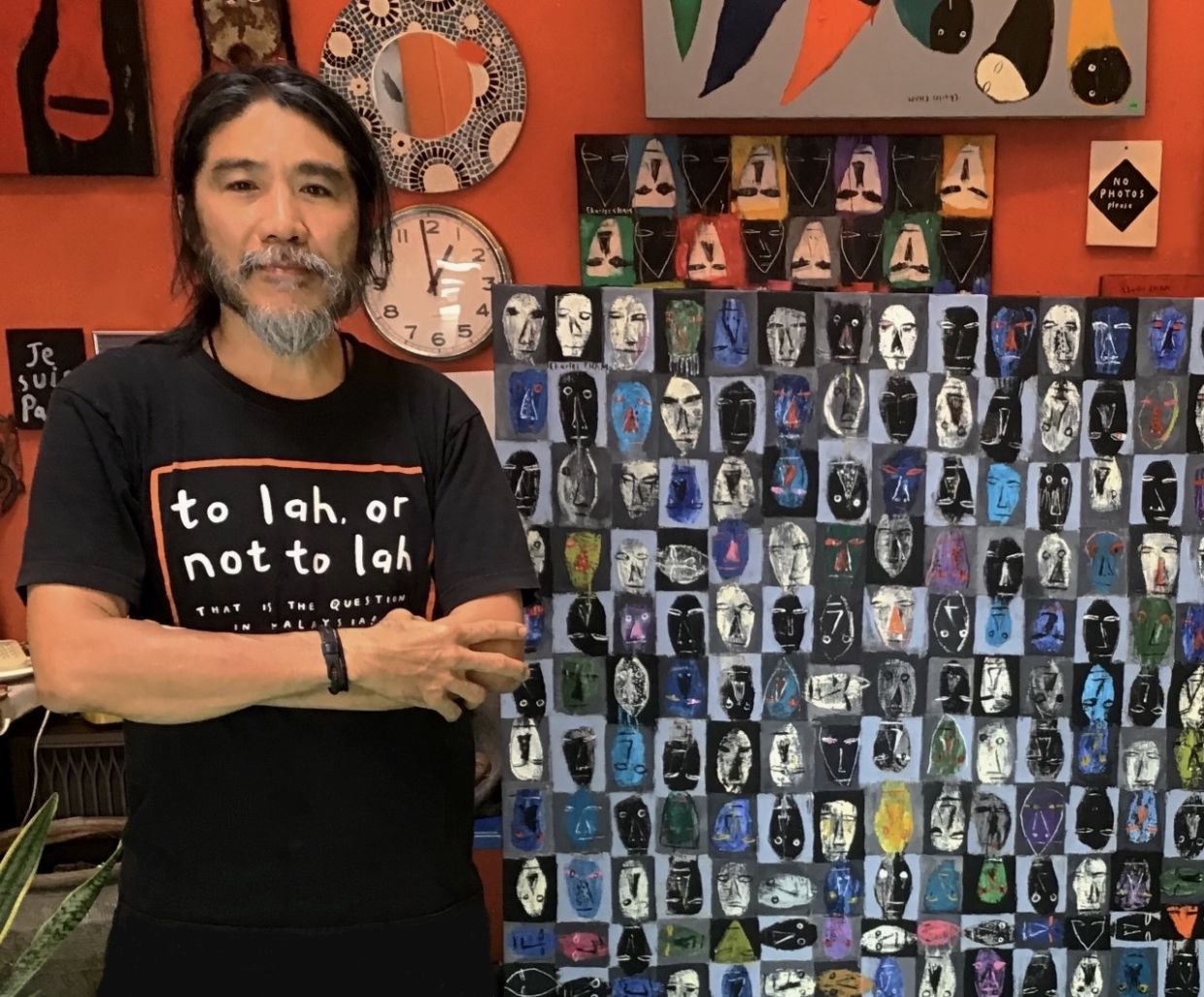 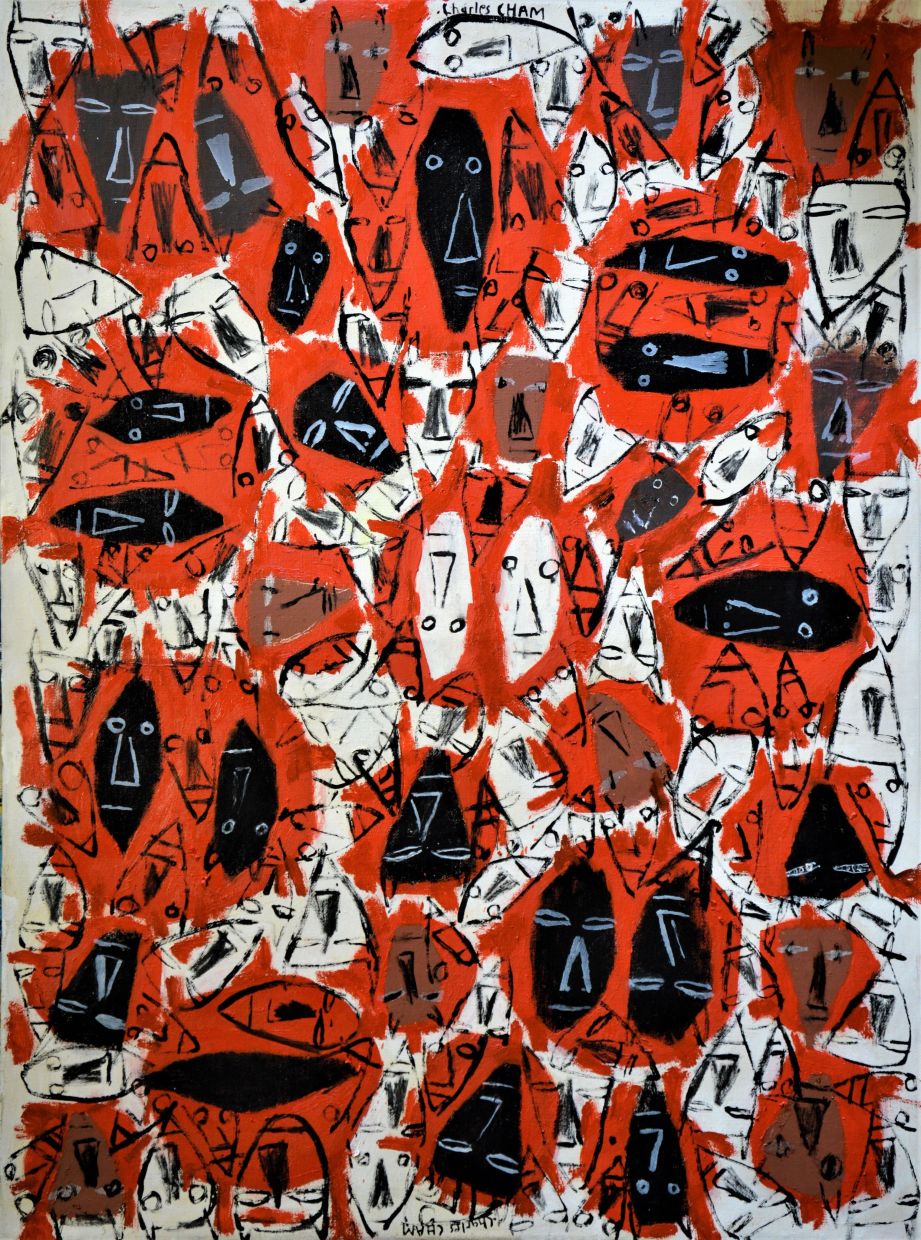 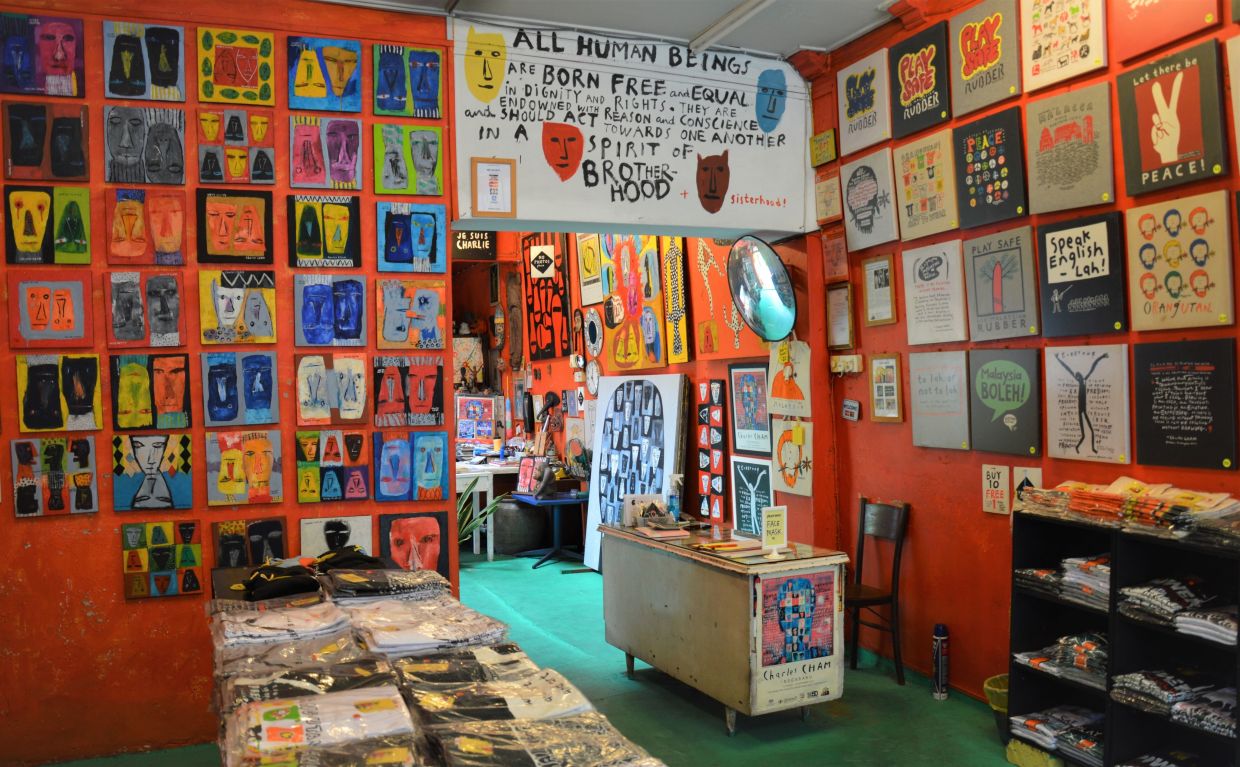 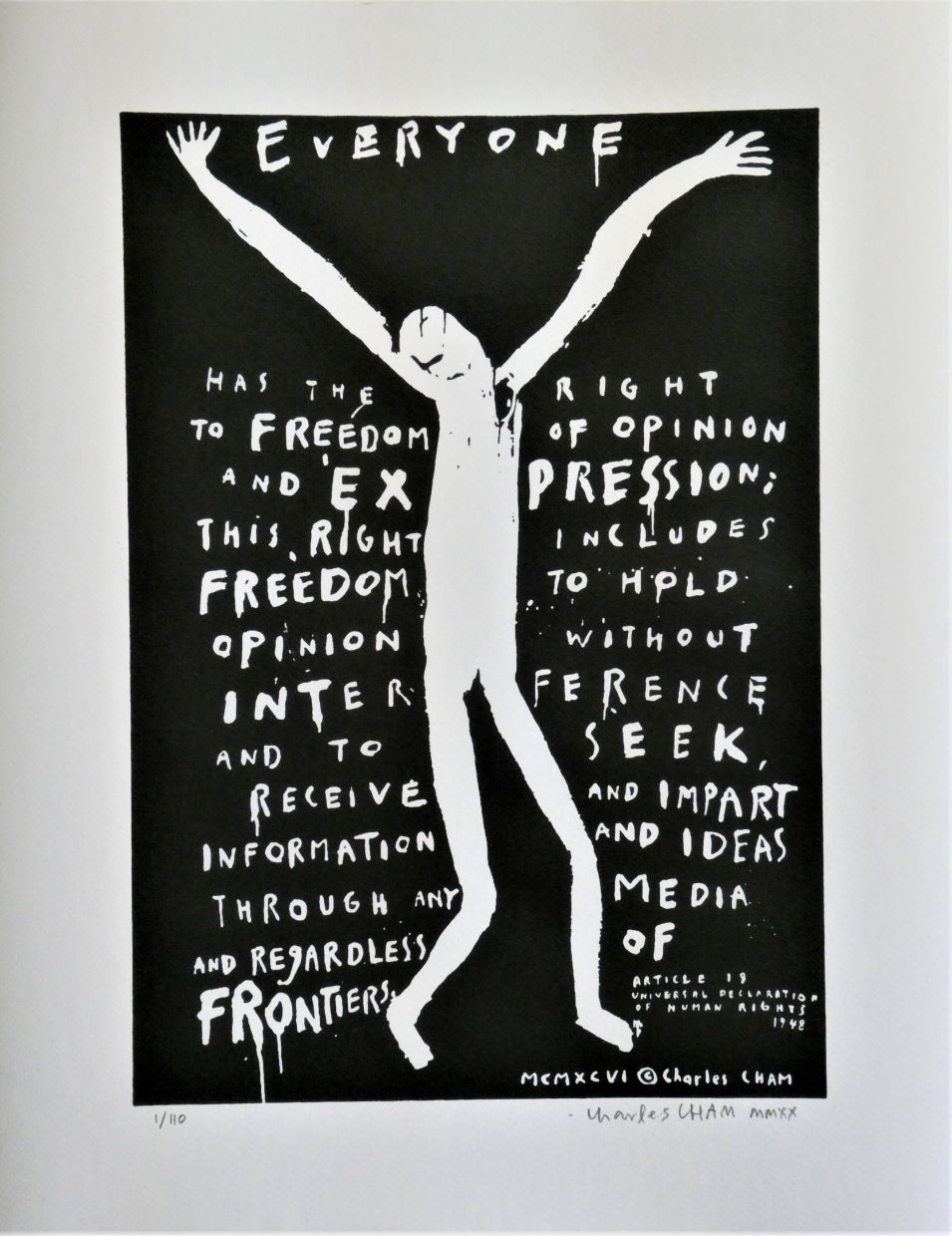 'I’ve comments from customers that their child could paint what I paint. I find this as a challenge, not to prove them wrong, but to educate the public about art history and contemporary art. I can imagine that they think my works are simple enough that even a child could do it. Isn’t simplicity the most profound stage one could achieve?' says Cham. Photo: Charles Cham

A peek inside Cham's The Orangutan House. Photo: Charles Cham

The Orangutan House in Melaka, with its eye-catching mural on the wall. Photo: Charles Cham 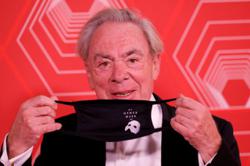 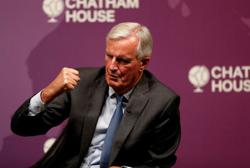