The audience at Istana Budaya in Kuala Lumpur waving their lit mobile phones in tribute to frontliners during the recent Konsert New Normal. Photo: Bernama

Joel Wong could not have been happier. As one of the performers of the recently concluded concert Yesterday Once More 3 at the Kuala Lumpur Performing Arts Centre (KLPac), Wong recalls the thrill of performing again in front of a live audience.

Directed by Ian Chow, Yesterday Once More 3 was KLPac’s first live show since the movement control order (MCO) began on March 18. The government announced on June 22 that live theatre shows were allowed to restart from July 1.

“The exchange of emotions and reactions with a live audience is more immediate, emotional, and unfiltered as compared to a virtual one, ” says Wong, 35, describing how Yesterday Once More 3 lifted the spirits of the cast and crew.

“It felt like the live audience gave me life as I was performing, ” he adds.

Wong, a senior art director at KLPac, was joined by five singers and five musicians in the musical, which was supposed to open the weekend the MCO started.

It took four months of waiting, but the performers were more than ready when the show was finally announced to hit the live stage.

“We knew we had to start somewhere. At KLPac, we’re downsizing all the shows by The Actors Studio but we’ll keep going with live theatre. 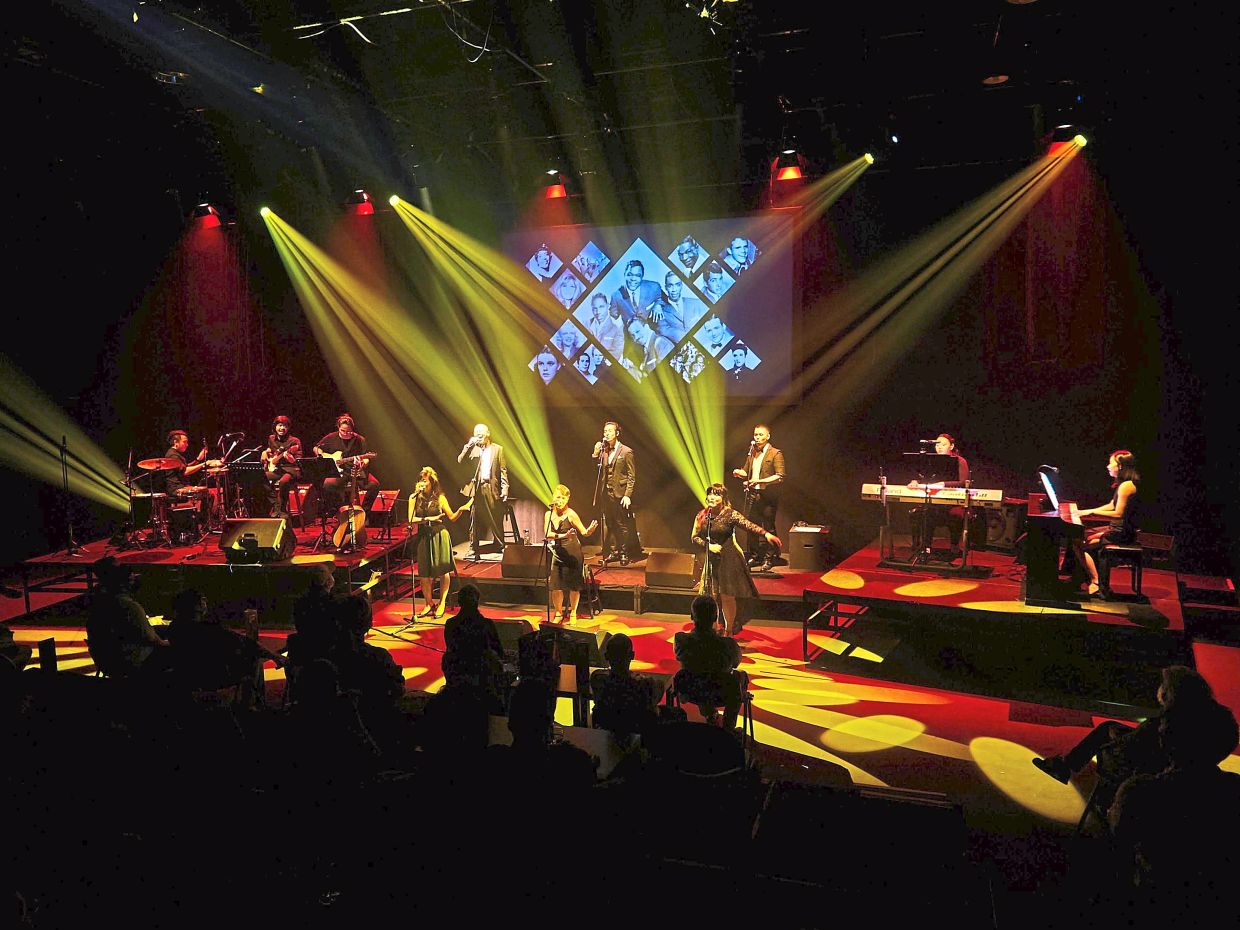 A crowd of 290 people came to watch the 'Yesterday Once More 3' series (six shows over five days) at KLPac. Photo: Robin Wong

“It’s a long-term strategy to let people know that live performing arts and theatre shows are back... with all the public health guidelines in place, ” says Chow, 40, KLPac’s group general manager and theatre practitioner.

“The idea is to keep ourselves busy. Everybody needs to work. A small live show is better than no show.

“Plus there is also plenty of goodwill coming from theatre people and the audience. The mood of these difficult times can be lifted when a community bands together, ” says Chow.

Presently, KLPac’s live shows are running on a zero budget, with no sponsorships to help with costs. A “new normal” show’s breakdown reads: 30% of gross ticket sales shared by the cast, while the remaining 70% goes to KLPac’s operational costs, staff salaries and maintenance.

Yesterday Once More 3, which ran for five days with six shows, pulled in a total of 290 theatre fans. The seating capacity at KLPac’s Pentas 2 was halved to 70 seats to adhere to public health guidelines, and the average audience turnout per show was 66%. An orderly queue to get into KLPac’s Pentas 2 hall. Photo: KLPac

Beyond the statistics, Chow is grateful for the support shown.

“On top of the tickets bought, we also collected RM7,000 (after-show cash donation) from the 290 people. We are truly humbled. Also, one audience member pledged RM5,000 worth of tickets for an upcoming KLPac show in September, ” reveals Chow.

Donations and gestures of support from the public might not offset KLPac’s huge losses of nearly RM1.4mil after more than 50 shows were postponed or cancelled, but Chow says it’s important to know that people still care about the performing arts.

“I think with the current audience size, it indicates that the public is, understandably, not ready to return to live theatre yet, ” says Chow.

He assures cautious patrons that SOPs are definitely in place, including physical distancing measures and increased sanitisation and disinfection of high contact points.

“Throughout the rest of the year, The Actors Studio will concentrate on live shows at KLPac. We will also actively record each show for future online use. Digital content has gone beyond in-house documentation and archiving purposes, we now need to think about streaming these properly recorded shows, ” he explains. Face masks are a must at KLPac's live theatre shows.

Since May, KLPac has been streaming online shows from its archives, starting with the acclaimed George Orwell-inspired Kandang. Donations have been trickling in, but this online series is more to keep KLPac in contact with its wider audience.

Chow is glad that things are picking up; KLPac even has a live programme calendar until December.

Apart from Tung Jit Yang’s upcoming experimental video project Unity, and another possible digital version of Indicinelive!, the rest of KLPac’s shows will be performed live on stage.

The Cabaret Series, co-directed by Chow, will be a monthly feature as part of KLPac’s on-going fundraising campaign. The Short + Sweet Malaysia festival also returns with a limited run from Oct 2-24 while True Love Waits: A Radiohead Tribute (Dec 3-6) is an experimental event that aims to get music fans through the doors.

“We are also talking to other theatre companies and performing arts outfits, we are encouraging them to take up the empty dates at KLPac.

“We have introduced a ‘pay-what-you-can’ scheme to book the venues we have, and I’m happy to say that the response has been good. It’s a good feeling to see live theatre coming back, slowly but surely, ” he shares.

Filling up a grand venue

The two-day, invitation-only concert offered a glimpse of the new normal at Istana Budaya’s Panggung Sari and the SOPs which are in place when public performances eventually return regularly. 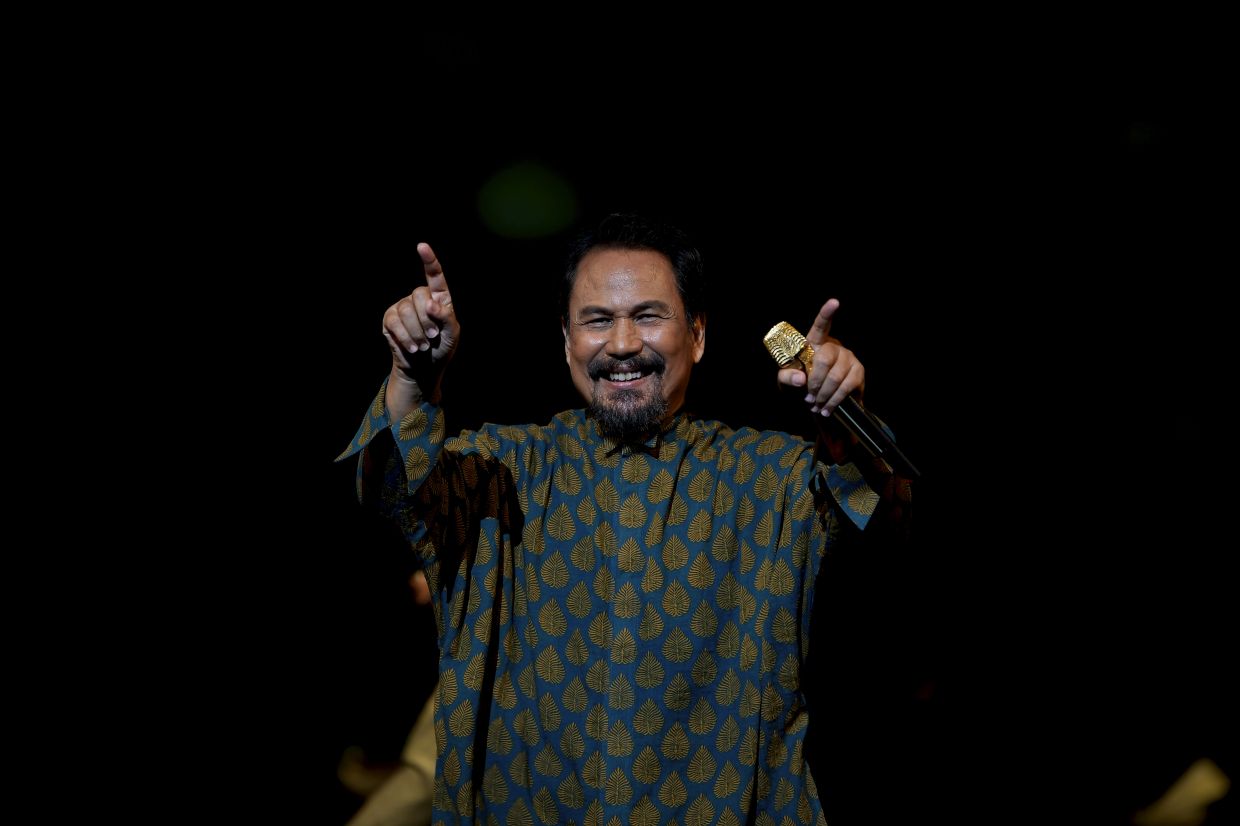 “Now that Istana Budaya is reopened, it just feels great. What’s exciting is that we have new shows lined up till the end of the year.

“However, for now, we won’t be having any international shows, ” says Istana Budaya’s new director-general Zaiton Md Desa.

Istana Budaya’s 2020 season was disrupted after the MCO was announced, with several big shows cancelled or postponed. This list includes Sleeping Beauty By St Petersburg Theatre Russian Ballet, Matilda – The Musical and Puteri Gunung Ledang The Musical. Live theatre shows and musicals from the local front are being planned to fill the gaps. Concerts scheduled include Teater Muzik Tradisional in October, Asia Traditional Orchestra in November and Teater Siti Di Alam Fantasi in December. SOPs were in place for the stage crew at Istana Budaya during its Konsert New Normal show. Photo: Bernama

“Each show can only run for a maximum of 90 minutes, with a very short intermission or none at all, ” adds Zaiton.

Following the government’s health guidelines, Panggung Sari’s seating capacity has been reduced from 1,414 seats to 505. In a recent story by Bernama, Zaiton mentioned that production companies wishing to stage events at Istana Budaya must adhere to the SOP.

Children aged below 12 and seniors who are above 60 years of age are not encouraged to attend live events. The disinfection process will be conducted twice a day before and after a staging.

Production companies will also have to bear all additional costs, notably the disinfecting costs.

“Fortunately, right now, the production companies are given an exemption on rental of up to RM15,000 for six months starting June 1, as announced by the Tourism, Arts and Culture Ministry.

“The move has actually helped ease the burden of theatre companies left crippled for over three months due to the impact of the Covid-19 pandemic, ” Zaiton was quoted in the Bernama article.