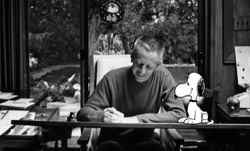 Comics creator Erica Eng is Malaysia’s first ever winner of an Eisner Award, the comics industry’s equivalent of the Oscars.

Malaysian comics creator Erica Eng is now the first ever Malaysian winner of an Eisner Award, the comics industry’s equivalent of the Oscars. Eng is the first Malaysian winner of an Eisner Award.Eng’s webcomic Fried Rice, which depicts the life of a young girl living in Kuala Lumpur, clinched the Best Webcomic award at this year’s Eisners ceremony which was held virtually and announced this morning (Friday night in the US).

Fried Rice beat fellow nominees Cabramatta by Matt Huynh, Chuckwagon at The End Of The World by Erik Lundy, The Eyes by Javi de Castro, and reMIND by Jason Brubaker to the award.

Published on friedricecomic.tumblr.com, Fried Rice is "a work of autobiographical fiction".

In a recent interview with StarLifestyle, Eng said it is a story about “a 17-year-old girl who wants to be an artist and also lives in Malaysia”. It revolves around Min, a girl from Batu Pahat, Johor, who visits her relatives in Bangsar, Kuala Lumpur, and is aspiring to be an artist and animator. 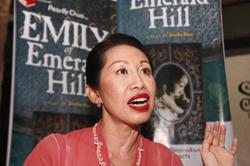