Erica Eng, a 21-year-old animator from Batu Pahat, Johor, is in the running to win one of the comic book industry’s highest honours this July, thanks to her autobiographical webcomic 'Fried Rice'.

Most Malaysian teenagers who leave secondary school would be busy with their next phase of life, studying, planning for their career, and generally learning to be an adult.

Not many would be telling their life’s story in a webcomic that ends up being nominated for an Eisner Award, the comics industry’s equivalent of an Academy Award.

But that’s exactly what 21-year-old Malaysian illustrator, animator and comics creator Erica Eng has accomplished. Her webcomic, Fried Rice, was recently nominated for an Eisner Award in the Best Webcomic category.

Published on friedricecomic.tumblr.com, Fried Rice is “a work of autobiographical fiction”, according to the official description Eng has on her website. “I think all art is deeply personal. At least, I’m not attracted to art that isn’t," says Eng

The premise may be simple, but the story didn’t come to her easily.

“Fried Rice was not meant to be a comic initially. I’m an animator, so my first impulse was to make a short film, ” she said in an email interview. 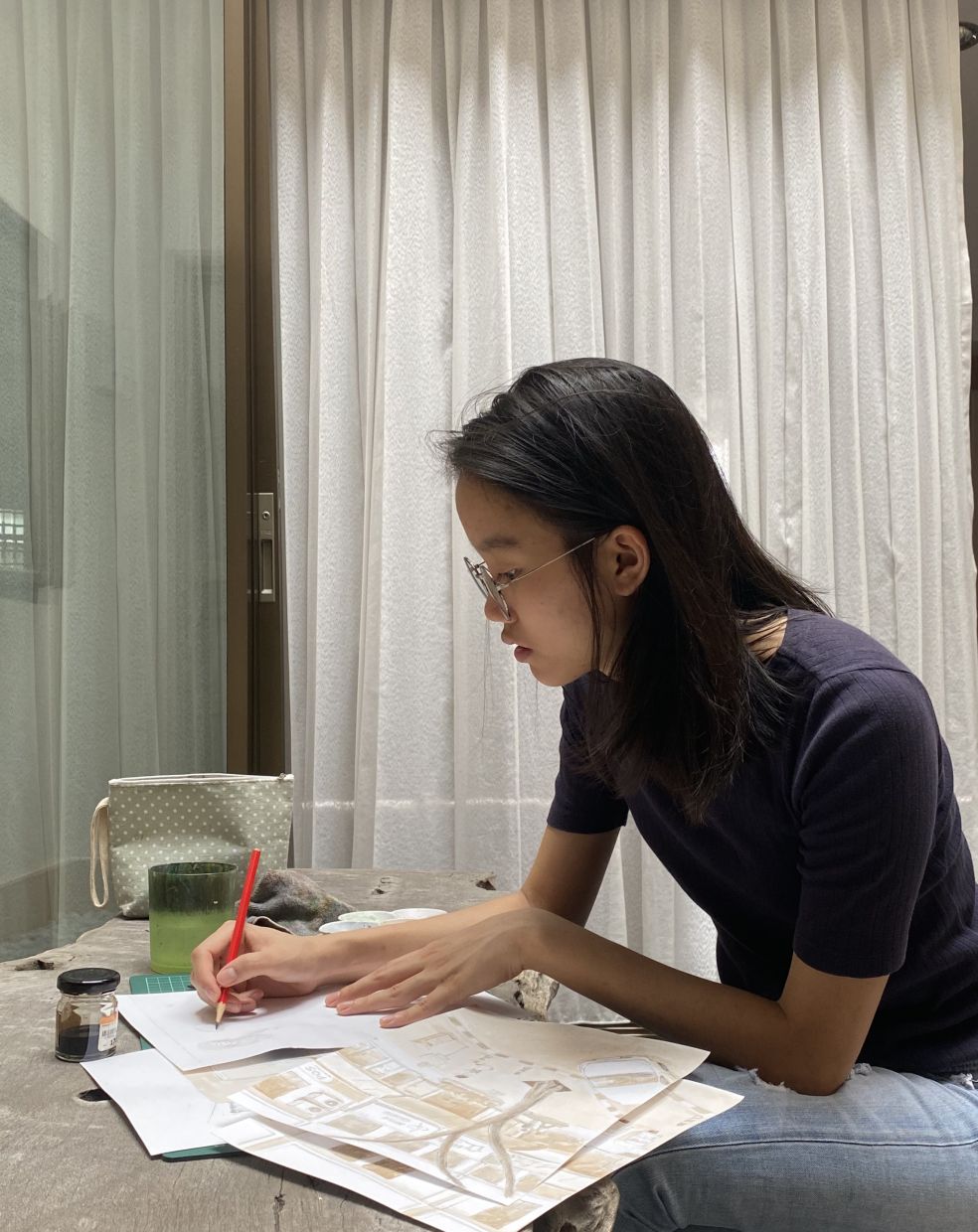 Eng started working on 'Fried Rice' in May 2019.“Starting in 2016, I played around with themes of home, family and country but the stories were formulaic and cold. In 2018, I tried a different approach and made a series of paintings of my hometown from memory. School work interrupted that flow of ideas for a while, but I took that time to study and do my homework as a visual storyteller.

“When I finally started writing in May 2019, this story took shape and I realised that it was going to be a comic, ” she said.

“I decided to publish it online after asking myself ‘How do I become an independent storyteller?’ and ‘How do I tell stories that will last?’. Based on the resources that I had at the time, this webcomic was the answer to those questions.”

Eng is currently pursuing a 3D character animation degree at the Academy of Art University, but says she takes comic-making “very seriously”.

“I made my first comic series with my best friend, Lee-Anne, in primary school. It was called Mud And Stick Adventures, ” she shared. “I continued dabbling in writing my own stories throughout primary and secondary school, and in college, I started making short slice-of-life comics to post online.

“I also read and learnt from the modern masters like Tillie Walden, Jillian Tamaki and Cyril Pedrosa. Fried Rice is my first, serious long-format Comic with a capital C. I’m a full-time animation student now, but I take comic-making very seriously. "'Fried Rice' was not meant to be a comic initially. I’m an animator, so my first impulse was to make a short film," Eng says.

The first thing that stands out when you read Fried Rice is the beautiful, dreamy watercolour-like art style, which Eng says she spent some time to develop.

“I spent about a month experimenting with techniques before settling on a style. Even then, you can see that the first pages look different, ” she said.

“Currently, one page can take me anywhere from one to three days to complete, depending on my schedule.

“I thumbnail pages in an A4 sketchbook, then draw the final lines on a A4 art block paper with pencils. Sometimes I use tinted charcoal for dark fills. Then it’s walnut ink and water for an ink wash.”

Finally, she scans the drawing and saves it on her computer, where she does level adjustment and paints the colours underneath the drawing in Photoshop.

Also read: Malaysian-born comics creator dreams up a world of words that come to life Of course there'd be food. 'Fried Rice' set in Malaysia after all.

As proof of how a comic book’s artwork influences its story, Eng’s art enhances the deeply personal feel of her story, which she says is intentional.

“I think all art is deeply personal. At least, I’m not attracted to art that isn’t, ” she said. “I actually drew a lot of inspiration from folk singer-songwriters. These people sing about grey geese, their mothers and hot sunny days; mundanity with a touch of divine grace. That’s a tone I love and relate to deeply.”

Her website says that the finished comic is estimated to be about 200 pages in length, and at the time of writing, Eng has already published 40-plus pages of the weekly webcomic so far. As for what we can expect next, she noted: “You can expect to see a Chinese New Year family gathering, more teen angst and scenes from a high school graduation. Not much happens, I think. It’s just life.” 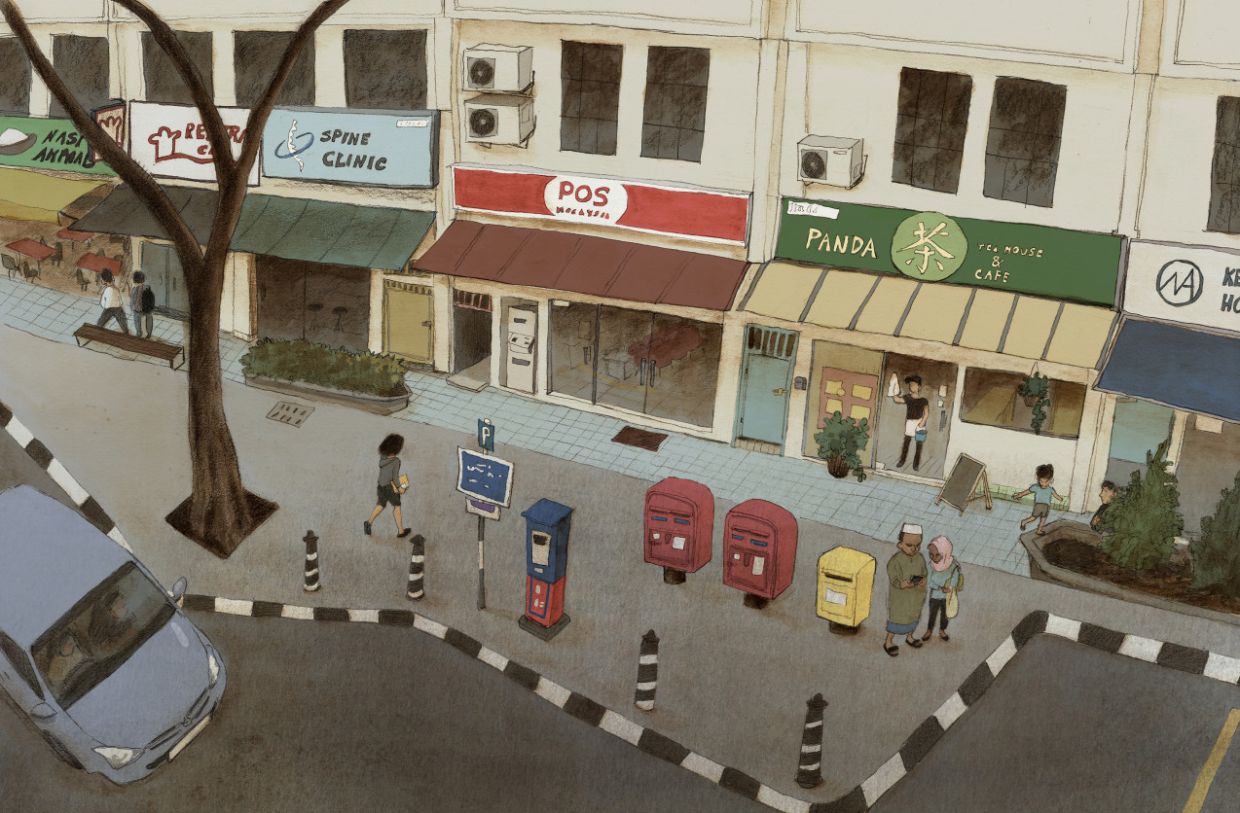 Look familiar, Bangsar folks? 'Fried Rice' is the story of a girl from Batu Pahat who visits her cousin in Bangsar, KL.

Going for the Eisner

Eng follows in the footsteps of other Malaysian comic creators who have been recognised by the Eisners. Reimena Yee’s The Carpet Merchant Of Konstantiniyya was nominated in 2018 for the Best Digital Comic Eisner, while artist Tan Eng Huat was nominated for the Best Penciller/Inker Eisner in 2003 for his work on DC Comics’ Justice League Of America.

Fried Rice will be competing in the Best Webcomic category alongside fellow nominees Cabramatta by Matt Huynh, Chuckwagon At The End Of The World by Erik Lundy, The Eyes by Javi de Castro, and reMIND by Jason Brubaker.

Eng said she was inspired to send in Fried Rice to the Eisners for consideration after reading last year’s Best Webcomic winner, Sophie Yanow’s The Contradictions.

“Someone asked Yanow if she had an agent or publisher to submit The Contradictions for her. She didn’t. So when the Eisners window came around, I sent my submission in myself. I did, however, get my professor to review my cover letter!” Eng revealed.

“I received the email notifying me about the nomination at around 7.30am on Tuesday. I was still in bed, and it took about three seconds for the news to sink in before I sat up and started yelling.

“I whacked my sister awake to tell her, then we told our parents. All of their first reactions were, ‘What’s an Eisner?’, ” she added.

The Eisner Awards are traditionally given out during a ceremony at the annual Comic Con International in San Diego, California, which is usually held in July. However, with this year’s event cancelled due to the Covid-19 pandemic, there will be no ceremony. According to the official website, the Eisners will still be given out in July, but the method and exact date have not been announced.

If you’re a comic book industry professional, you may cast your vote for Fried Rice to win at http://eisnervote.com.