Muhammad Saud, a 65-year-old Syrian silk farmer, hand weaves silk threads on a loom at his home workshop in the village of Deir Mama, in west-central Syria. Photo: AFP

After Syria's war whisked away the silkworms from his mulberry trees, 65-year-old Mohammed Saud instead turned his idle home workshop into a silk museum to celebrate the ancient craft. In the green hills of Deir Mama, Saud, his wife and three sons have been making silk for decades.

They would raise silkworms in the spring, watching them munch on mulberry tree leaves and slowly build their thick cocoons, before spinning the thread and weaving it into fine cloth.

But Syria's nine-year-old war has complicated silkworm imports, and stemmed production for now.

In his courtyard-turned-museum, Saud held up a handful of glistening white silk cocoons the size of large grapes.

Stooping down, he manually yanked around a large wooden spinning wheel used to unfurl the tight coils into long pale thread.

"There are just three families left in Syria working this craft," he said. "Today I am the only one left in this town fighting for its survival."

A decade ago, the year before the conflict broke out, he said that 16 villages and 48 families across Syria still worked in sericulture.

"I decided to transform my home into a workshop when I realised it would contain all stages of silk production," Saud explained.

Sitting at a large wooden loom with his feet on the pedals, he demonstrated weaving, his agile hands gliding from side to side as he weaved weft over warp.

In a corner, off-white silk shawls were displayed on the wall, or draped around mannequins.

Deir Mama was famous for silk production before the war, with most residents specialising in one stage or another of the process. 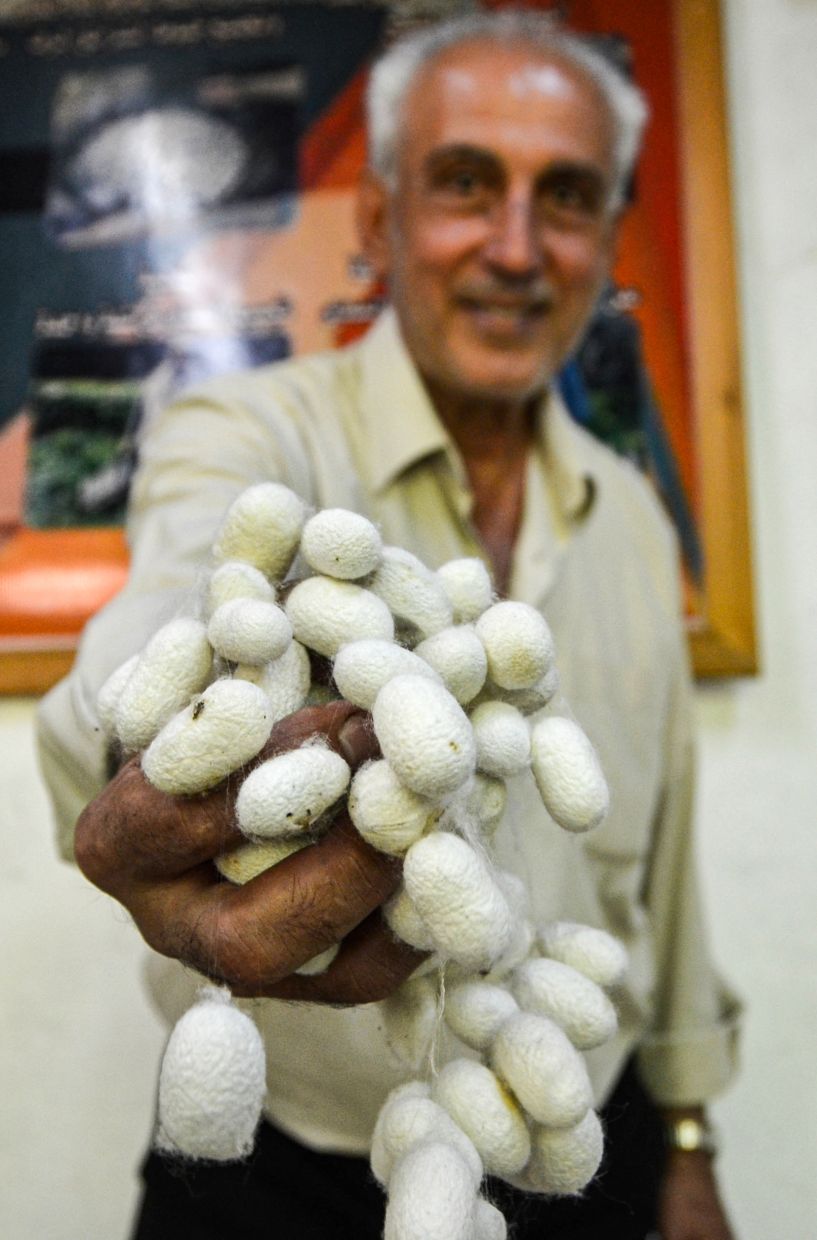 Not far from the large Masyaf citadel, the town's mulberry trees stretched across wide swathes of land, drawing in silk fans from Syria and beyond.

On the museum's wall hung some old photos of Saud posing with foreign visitors, and a few of their thank you notes.

"I used to rely mainly on tourists, as they were the ones able to afford the silk," he said.

But these days, even if the museum tour is free, visitors are rare.

After nine years of war that has killed 380,000 people and devastated the economy, tourism is non-existent.

And for Syrians struggling to put food on the table amid alarming price hikes, fine cloth is the last of their worries.

"Silk has become a luxury in this crisis," Saud said.

Before the conflict the craft was like "a sick man we hoped would heal, but then the war came along and dealt it a final blow".

"I alone am battling for the trade's survival ... even if it is clinically dead."

The art of making silk, first developed in China, has a long history in Syria.

Archaeological findings show silk was woven in the ancient city of Palmyra as early as the first century AD.

The country is famous for its Damascene brocade, a material of silver and gold silk threads that many Syrians claim Queen Elizabeth II wore for her wedding.

"The problem is not production. There are hundreds of pieces of material waiting to be snapped up but no buyers," he said. 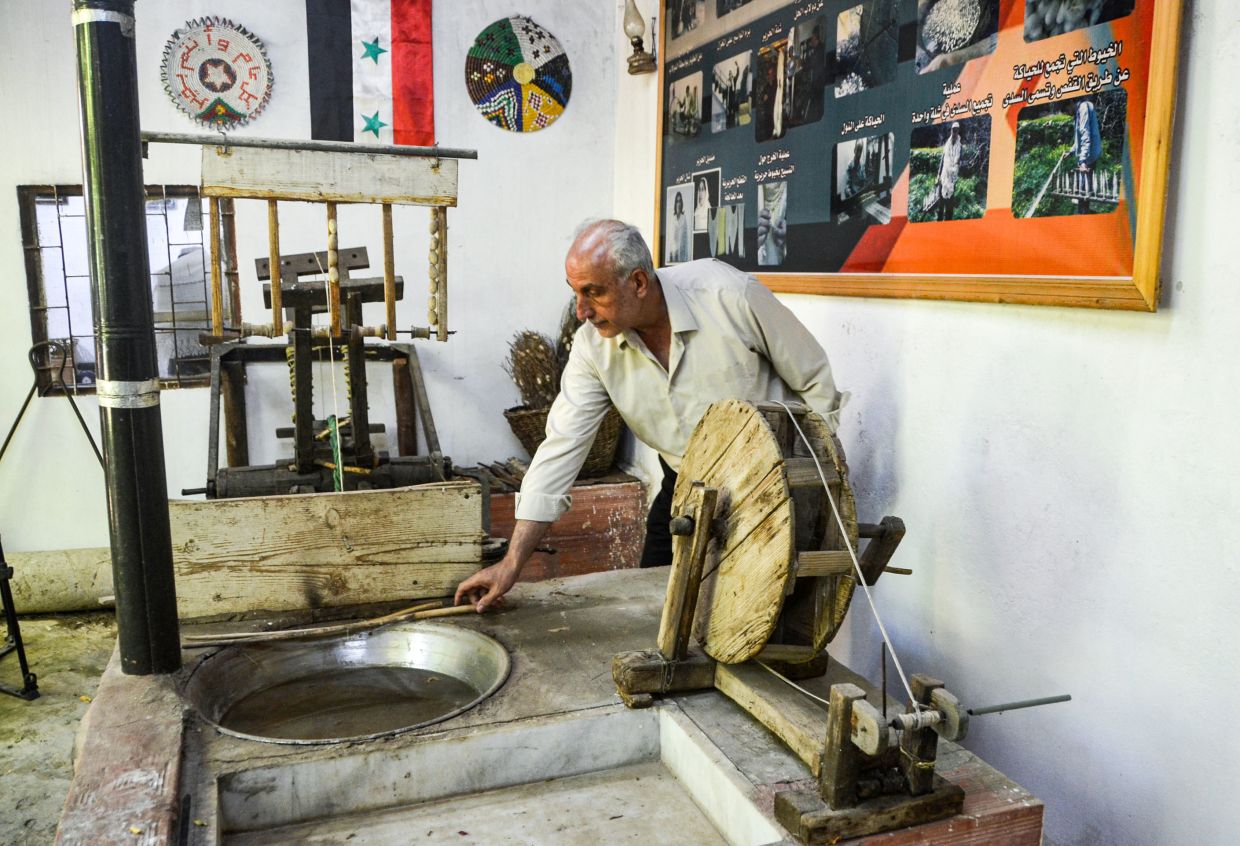 'I alone am battling for the trade's survival ... even if it is clinically dead,' says Mohammed Saud. Photo: AFP

"Before the war, tourists would buy most of what was produced, and we exported lots to Lebanon and the Gulf," he said.

But today that has stopped, and "silk clothes are no longer a priority for Syrians".

Back in Deir Mama, Saud's wife Amal busied herself knotting silk strands in a spiral of intricate needlework.

"These days, I only crochet for fun and so my fingers stay nimble," she said, a white silk shawl draped around her shoulders.

Like her husband, she hopes one day silkworms will return to the family's orchard.

"We're the only ones still growing mulberry trees, but this year we fed their leaves to goats." - AFP 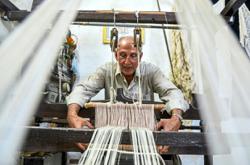 With silkworms long gone, a Syrian turns his home workshop into a silk museum 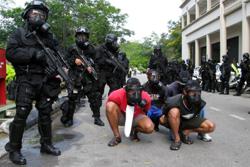 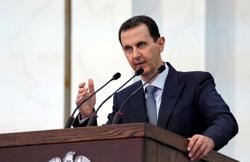