In these days of relaxed - yet confusing - rules during the movement control order, everyone needs a reminder ever so often to not drop their guard and stay vigilant to prevent the spread of Covid-19.

Masakini Theatre Company’s (Masakini) founder Sabera Shaik says she was incensed after reading about people not taking the pandemic seriously and flouting MCO rules set by the authorities.

The theatre veteran raided her home studio vaults and has come up with a pandemic-themed wayang kulit series.

“I decided to not only take the mickey out of these people and their ilk, but also to educate and entertain in subtle and not-so-subtle ways the importance of accepting guidance from our experts," says Sabera, 68.

“So I rummaged into all my past shadow works – I keep all the puppets and cut-outs in a wooden tray and I have six trays for about eight stories ranging from Sang Kancil to The Ugly Duckling.

“And to my surprise, much of the cut-outs that I have can be re-used for our Abe Mat series, ” she adds. 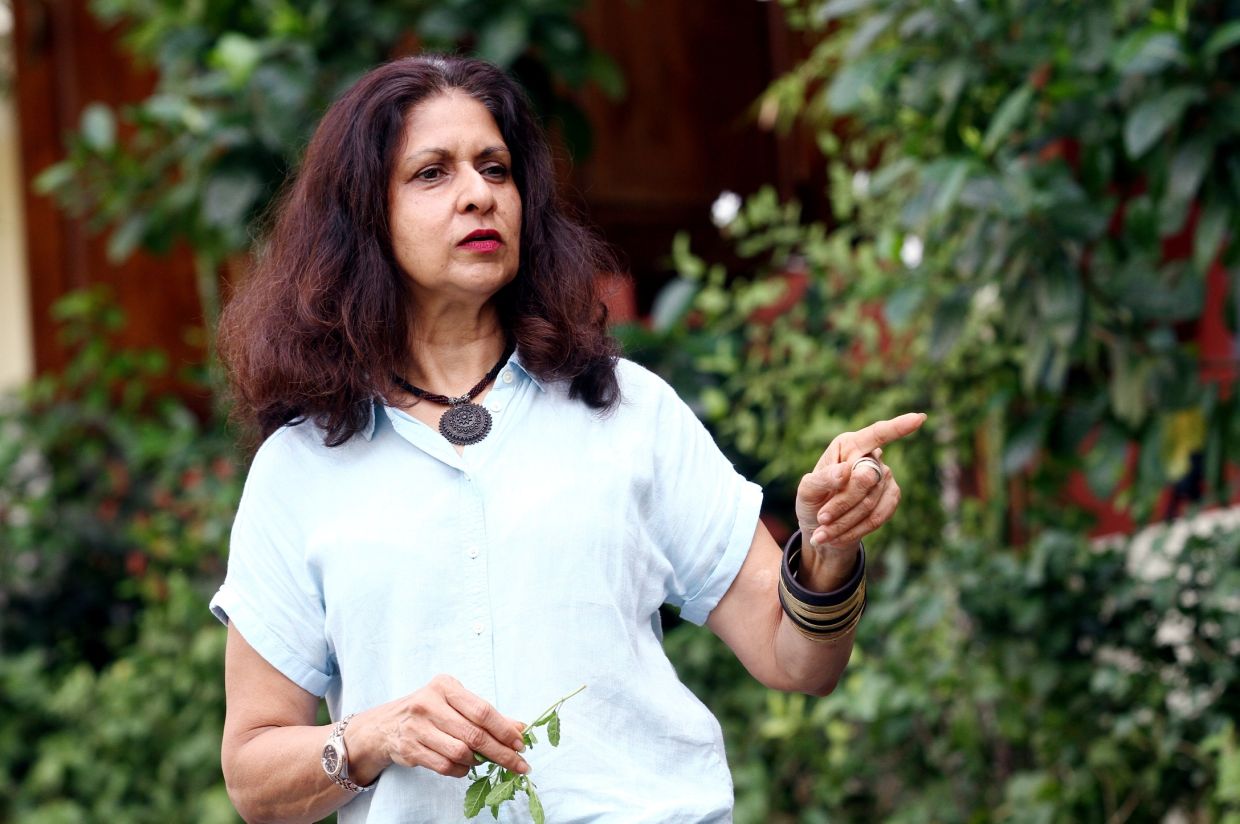 Called Wayang Jalanan, the Kelantan-born Sabera, who founded Masakini in 2003, has posted 18 videos featuring Abe Mat, the protagonist of this online shadow theatre.

The videos range from Abe Mat, who speaks in a Kelantanese dialect, reminding people on the importance of social distancing and even scolding some animals for not staying at home. Issues such as the dangers of fake news, handling a challenging Ramadan month, and feelgood neighbourly tales are also part of the themes.

“The newspapers are a great source for materials for this series and I am sure even if, after the MCO we decide to continue educating and entertaining, there will be lots of topics to feature. It really depends on what really catches my eye and heart, ” says Sabera.

There are also two additional shadow theatre videos made especially for children called Sang Kancil And The Tiger and Mother Knows Best. Sabera reveals more children-friendly videos can be expected in the coming weeks.

Although Sabera is not professionally trained as a wayang kulit dalang (storyteller), she did study under shadow theatre master Norbert Gotz in Germany.

Sabera tells that she initially just wanted to do a couple of two-minute videos, concentrating on the Sang Kancil stories. But while taking a walk in her Taman Tunku neighbourhood in KL, where Masakini’s Studio Ramli Hassan is located, Sabera saw various interesting surfaces from different hues of grey on the road to large keladi plants.

“I thought how wonderful if I could use all these surfaces to do my shadow stories. The feel and ambience will be different every time and I wondered if it will not meander away from the message. The Abe Mat series became the best time to experiment with these (surfaces), ” recalls Sabera.

The Abe Mat shadow puppet is originally Prince Duryadana of the Kurawa family in the Mahabharata. Sabera bought him and some other puppets in Jogjakarta, Indonesia nearly 16 years ago. 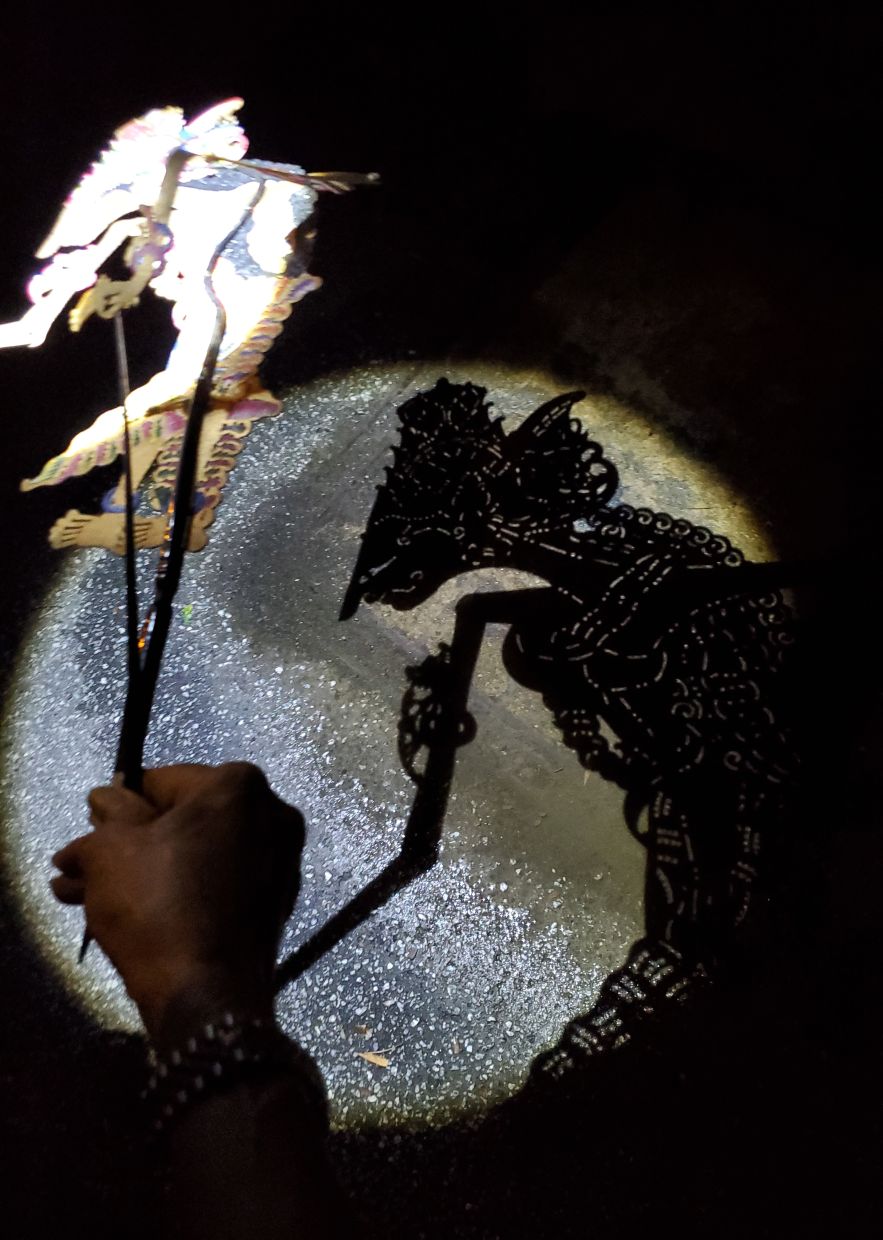 Sabera has been experimenting with different outdoor surfaces and backdrops for the 'Wayang Jalanan' videos. Photo: Masakini Theatre Company

“Abe Mat has lived in Kelantan for a very long time and now speaks the language!” she quips.

While many of her puppets are made of animal hide, the other characters and sceneries that appear in the Wayang Jalanan series are cardboard cutouts done by Suhaili, Masakini’s chief set builder and Raja Emy Shahril, a stage and film designer and special effects artist.

Shadow theatre is not something new for Sabera. In 2010, she staged the first ever Wayang series under Masakini, using live actors instead of puppets. Then slowly, in all the subsequent Wayang series, the shows moved on to puppets combined with masks and actors.

To date, four workshops, two performances and two weekly activities have been cancelled for Masakini due to the pandemic.

“Even with the MCO lifted, social distancing will still be the norm in the immediate future. As such I am planning activities involving small numbers of actors/dancers – readings, watching/discussing of training and performance videos with a view towards a way forward, ” says Sabera. 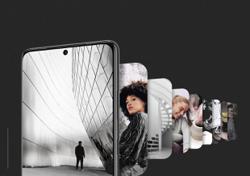