Every part of Rumah Klasik Kuantan is filled with nostalgia and antiques from old days Malaya. Photo: Bernama

A grey wooden house with naco louvres windows near Jalan Galing Besar in Kuantan, Pahang can easily pique the curiosity of passers-by.

At first sight, the house with stone stairs looks just like another old house. But wait until you step into the Rumah Klasik Kuantan (RKK).

Every inch of the house is decorated with various antique items, sending visitors back to a past era glimpsed only in classic movies of artistes like the late Tan Sri P. Ramlee.

The RKK is managed by three people, including trader Ahmad Shirmi Tamsin, 35, who is used to visitors describing the house as nostalgic.

"The house is divided into sections filled with antiques that bring back old memories. The kitchen, for instance, is complete with old-fashioned crockery and vintage tiffin carriers just like the ones used in the past.

"So do the living room and the bedrooms... the furniture is vintage and restored to its original condition so that visitors can feel the nostalgia, ” he said.

Ahmad Shirmi said the house, which is on loan from a local, was built in the 1950s and was remodelled only once in the 1970s to allow them to assemble the antiques. 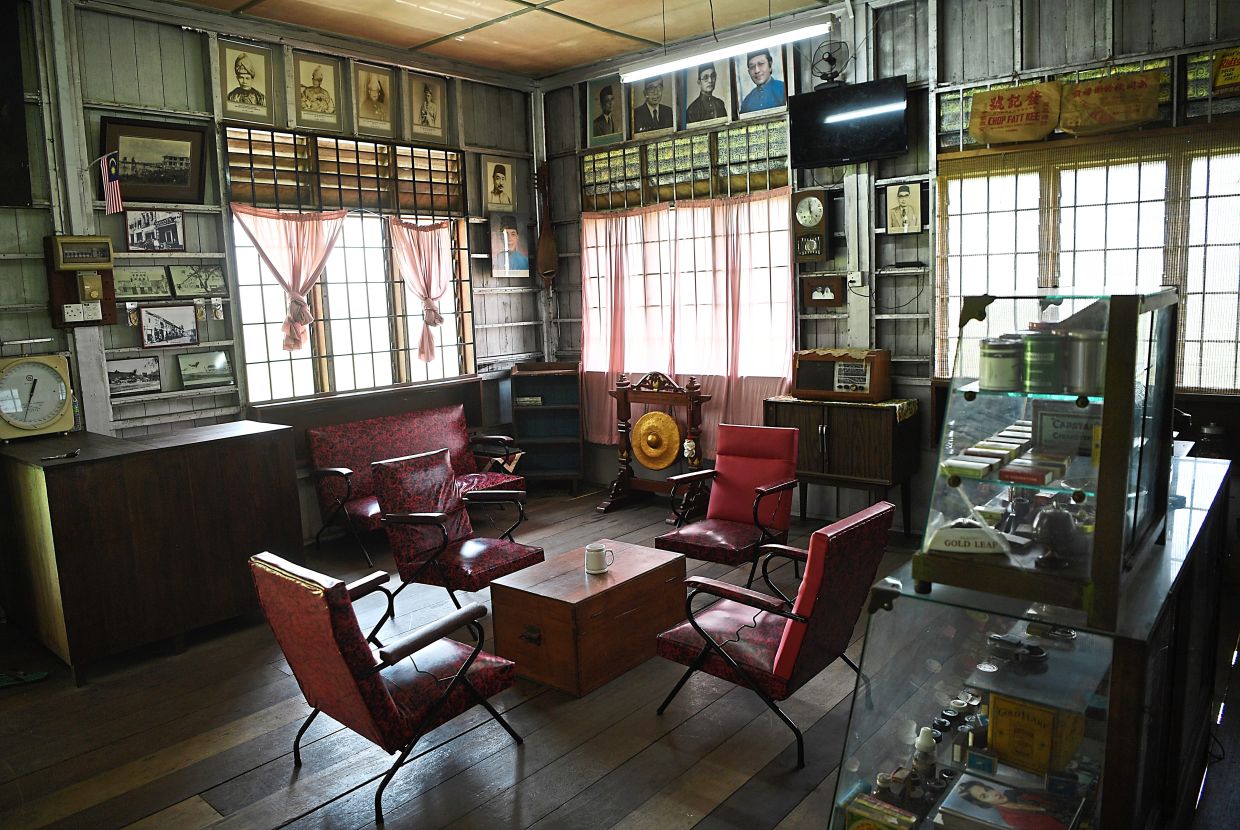 He explained that the house was originally a gathering place for antique collectors before they reached an agreement to convert it into an exhibition venue that eventually led to the establishment of the RKK in 2016.

"Who would have thought the classic concept it presented has attracted so many people and makes it a favourite choice among many couples to have their wedding photos taken?

"In addition to the vintage furniture, RKK also has a corner for Rumah Pasung or a police post, an old classroom, a library corner, a barbershop corner and an old food stall, ” he said.

Ahmad Shirmi said the police post corner displays police uniforms and handwritten police reports dating back to 1966 as well as newspaper clippings on the setting up of a village patrol team to counter communist threats.

The oldest item in the house is a German iron pencil sharpener made in 1920, which is placed in the classroom. What's for a lunch? Visitors having a look at the kitchen area in Rumah Klasik Kuantan. Photo: Bernama

The main attraction in the kitchen is a replica of a wood-burning stove, a mat and food cover made from mengkuang leaves, as well as some vintage milk cans and drink containers that were properly arranged on the wooden shelf near the stove.

The RKK, which is less than 30 minutes’ drive from downtown Kuantan, also displays old paper money and rare old pictures of the Pahang sultanate and Kuantan landscapes.

"We want the younger generation to not forget history; hence, we are willing to spend our own money to assemble the RKK although we had to deal with many people trying to sell us counterfeit goods.

"Nonetheless, our passion and experience have helped us to be more careful in evaluating the items so that visitors could enjoy the feel of living in the past era, ” he said. – Bernama

Covid-19: How the art world is taking on the virus