The TitikMerah Collective – founded by visual artists Raja Azeem Idzham (better known as Ajim Juxta), Adeputra Mastri and Latif Maulan in 2014 – is synonymous with exhibitions that encourage young and emerging artists to explore their ideas freely.

This “grassroots-level gallery” operates in the spirit of collaboration, engagement and community building, and offers new artists a much-needed platform free from the obligatory parameters of commercial galleries, according to Ajim.

The collective’s newest group show Kisah, which features 25 new and young artists below the age of 30 at its new space in Taman Tun Dr Ismail, Kuala Lumpur, is a testament to that objective.

For starters, many of the artists are recent graduates from art institutions like UiTM, Universiti Malaysia Kelantan and Aswara, to name a few. Some were former interns at the gallery. And a few hail from other states like Johor, Penang and Negeri Sembilan.

A quick survey of the 50 works, all no bigger than 0.6m by 0.6m, shows a good and exciting mix of techniques, subject matters and medium. 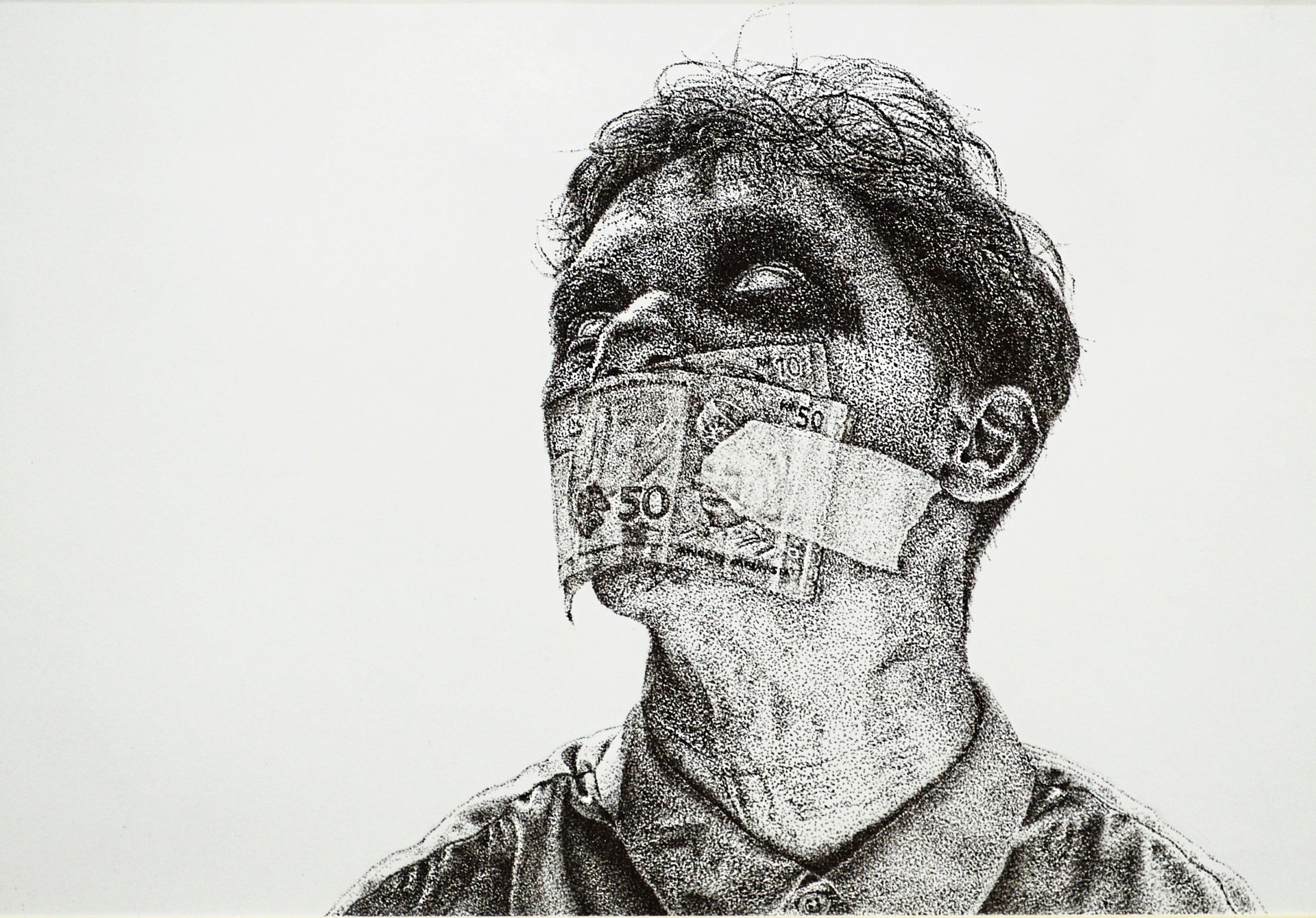 Expect to see artworks inspired by the art scene in Jogja, Indonesia, mini toys, portraits drawn on plastic bags and even fossil-like work.

“Kisah is about stories. Stories or narratives are vital because they end up influencing artists, whichever background they come from, in their choice of medium and subject matter.

“As an artist myself, when I look at other artworks, I like to find out what stories inspired them. So for Kisah, instead of focusing on techniques, we wanted to have works with great stories behind them, stories that matter," says Ajim, the first Malaysian to win the Young Art Award at the Young Art Taipei 2016 Art Fair.

The exhibition is not really about trying to highlight stories as a theme in itself but actually creating a platform to create and exchange stories between the artists," adds the UiTM architecture graduate.

“And we wanted that, for these new artists to get to know each other and share their stories in art making” 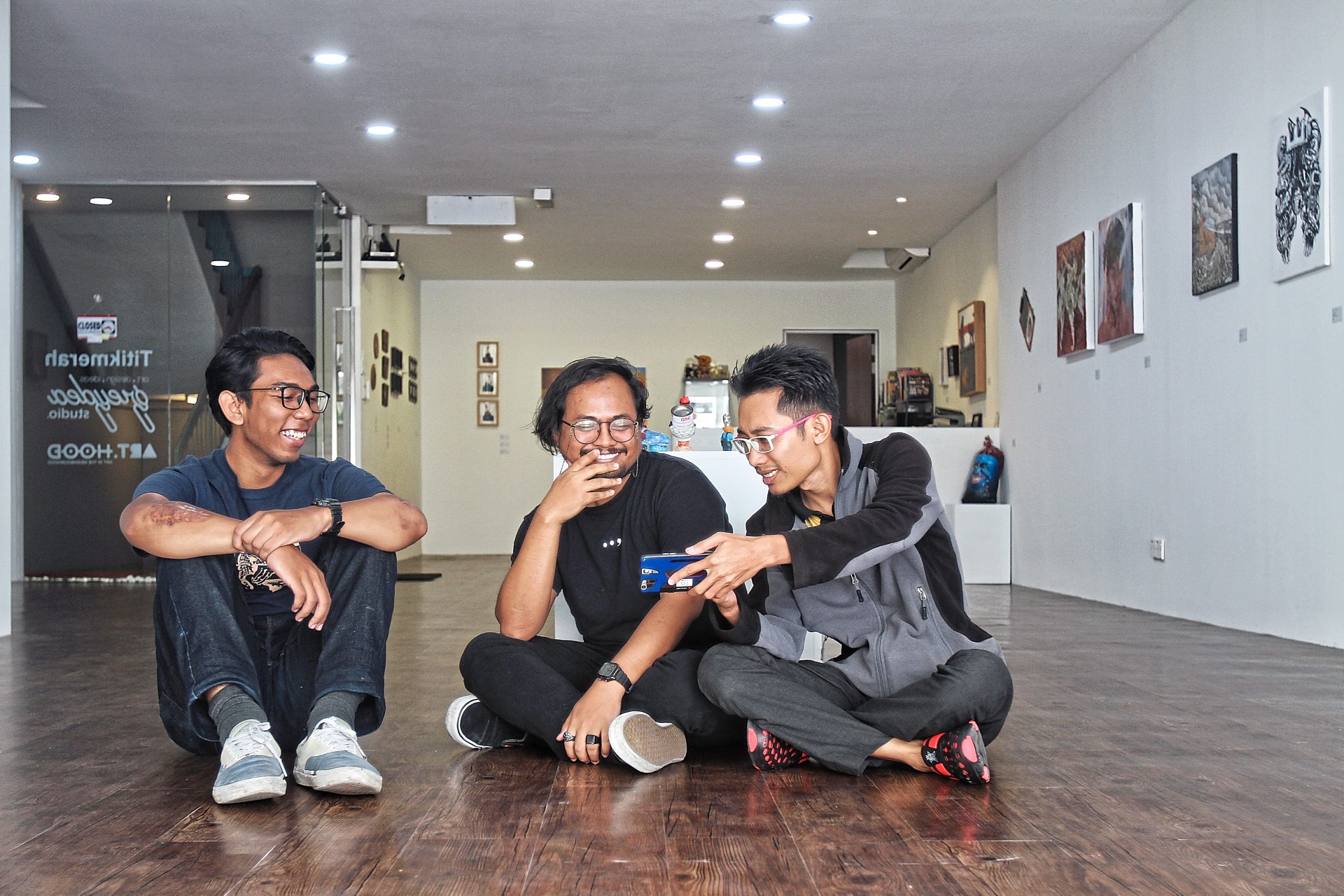 (from left) Ammar Idris, Arifin Amin and Baba Wong are some of the featured young and emerging artists in Kisah. Photo: The Star/ Sam Tham

Instead of the customary open call, the participating artists were invited by the gallery.

Ajim shares that some artists surprised him and his team with their works by steering away from their usual style and medium.

For instance, Johor-born artist Hazul Bakar, who is known for his quirky portraits and printmaking submitted two peculiar works as part of a series called Sayang!!! Aku Kau Dah Lupa! where he painted portraits on plastic bags.

“We didn’t expect him to do that!” Ajim enthuses.

Another work is by Arifin Amin, 24, who usually makes art toys. But for Kisah, he chose to do a four-panel comic strip instead. 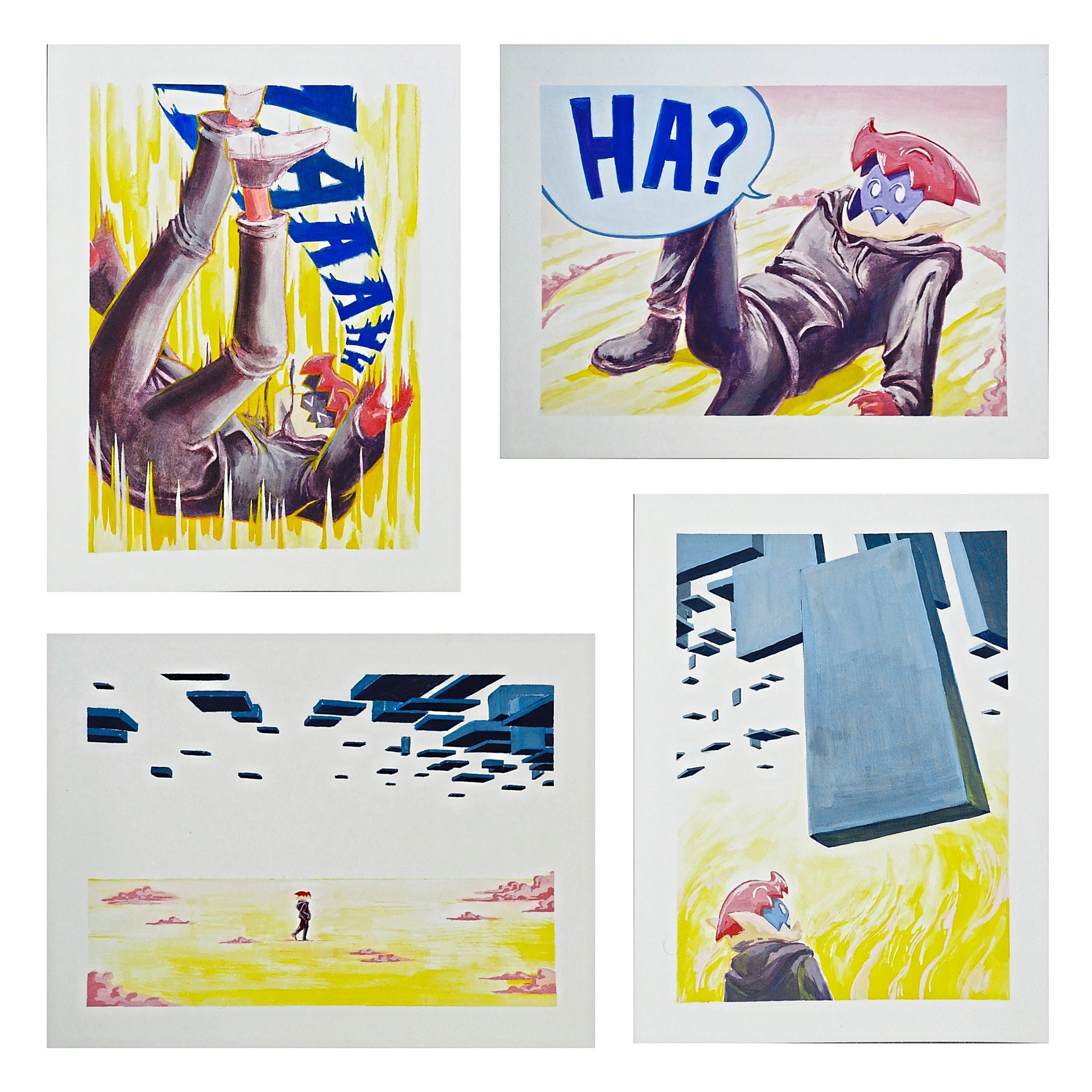 “Since the theme is Kisah, I can’t tell a story through toys and sculptures. People might misunderstand the meaning of my work.

“So I decided to use a comic-strip style, since I loved reading comic books as a kid, to tell about this strange recurring dream I used to have when I was younger, ” Arifin explains, referring to his Dream? artwork that shows a character falling down through space and finding giant floating concrete slabs in the sky.

Kisah is the second exhibition to be held at TitikMerah’s new location.

Formerly, the gallery space was in Publika and the collective moved to this new space in August, with the Tun M Custom Show in October, a group exhibition featuring 40 artists, as a curtain raiser.

This is definitely a well-earned facelift for the collective, moving from the 42sq m studio in Publika to the new, spacious and sunlit 93sq m gallery space. 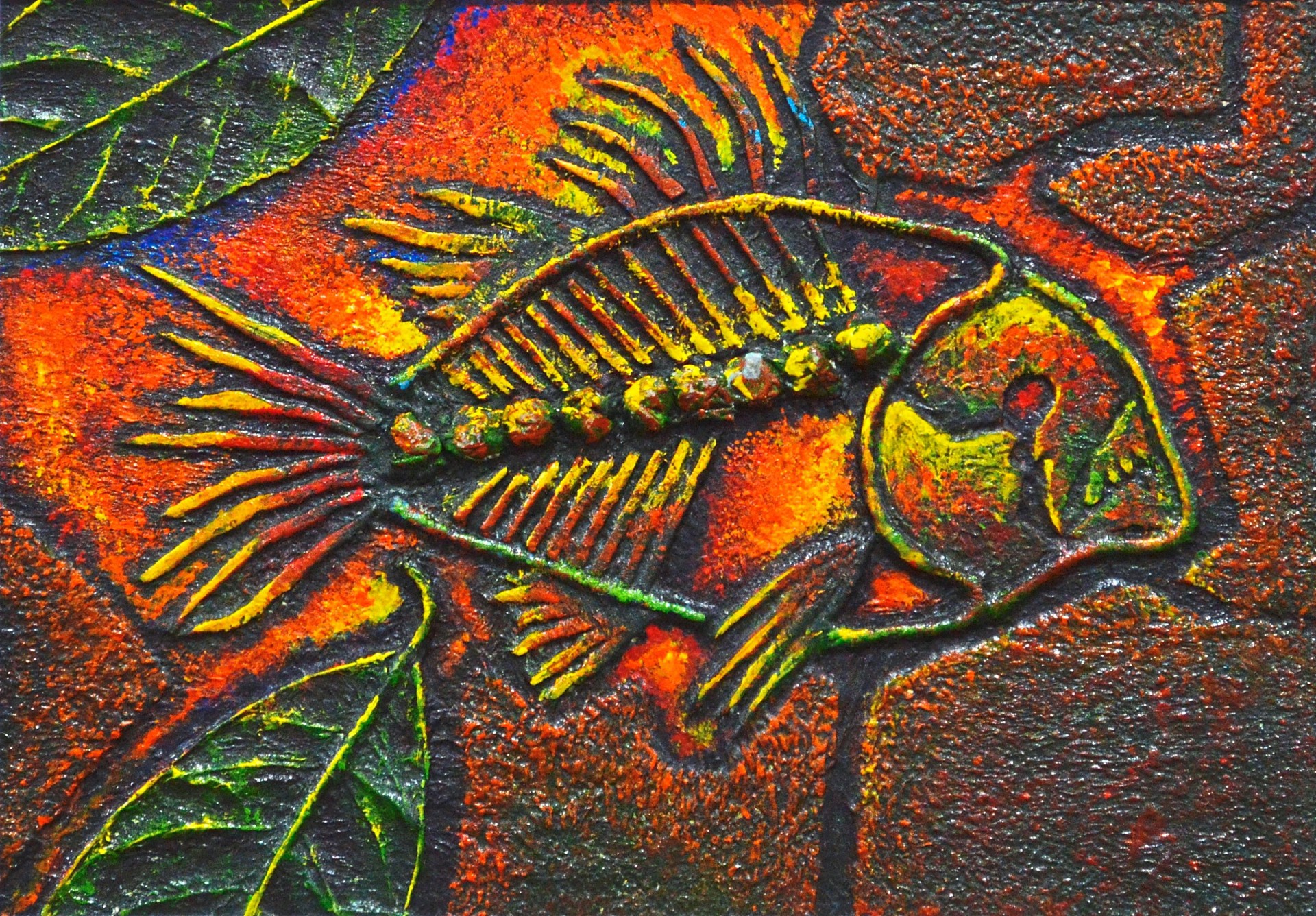 But the cheeky and playful charm of the former gallery is still retained. Expect to find toys, figurines and sketch books lining the walls at a corner.

The collective has expanded from the three founders to include eight new members such as street art regular Tomi Heri, KL-based Russian artist Elena Kravchenko and Blankmalaysia to name a few. It has held over 30 exhibitions and events.

“With this new space, we are trying to push it as a platform for art that’s not being highlighted by most galleries. We want to make the Malaysian art scene more vibrant by looking for newer ways to showcase works and that’s why grassroots galleries like ours are important.

“These new and emerging artists will have a presence and some might get picked by bigger galleries and collectors or end up as masters in years to come. This is a good starting ground for them, ” says Ajim.

Solo and group exhibitions have already been rostered until July 2020.

“We call this the one-year run. That’s what we did at Publika. We give ourselves one year to test our new model and because of that, we don’t have the pressure to run this space like a commercial gallery, ” Ajim concludes. 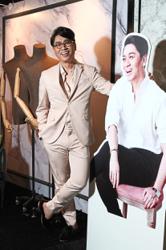