While Law was at first uncertain about her path forward, fate had other plans in mind. Nearly as soon as one chapter of her life ended, another one started when Tan Khuang Soon of The Tipsy Group Sdn Bhd approached her with the idea of the two of them collaborating and starting a restaurant together.

Tan’s plan was that both he and Law would be business owners in this venture with Law and her team handling the food while Tan – whose business specialisation is in wine and alcohol – would handle the alcohol aspect of the eatery. Each entity would then take the profits generated from their particular contribution to the restaurant. Law (right) has applied her considerable skills to churning out a series of delightful meat-centric offerings at a new eatery she co-owns with others including Saw (left) and Hon.

“For me, it made sense because it was a smaller investment and they gave us a good deal,” says Law simply.

So just before Chinese New Year this year, Law (with Tan’s help) opened Meat Feds, an eatery in Paramount Garden in Petaling Jaya, Selangor, the food portion of which she co-owns with two other managing partners – Shelly Saw and Bernice Hon. Saw is the chef at the eatery alongside Law, while Hon handles the marketing and other operational elements.

As its name implies, the non-halal restaurant is basically devoted to meat in all its permutations. Law says although this ode to carnivorous inclinations might seem like a rinse-and-repeat edition of her previous eatery, Meat Feds is an entirely different beast altogether.

“We have kept a few dishes from Meatology, but generally we have done this entire menu differently. All our meats are no-frills, so we don’t have fancy salads or anything like that – in fact, we only have one salad on the menu – everything else is heavily meat-based.

“In our previous restaurant, we had pizzas and pastas,” explains Law.

Law has also designed an expansive meat-centric menu, one that thoroughly traverses all carnivorous terrain from lamb to beef, pork, duck and so much more. 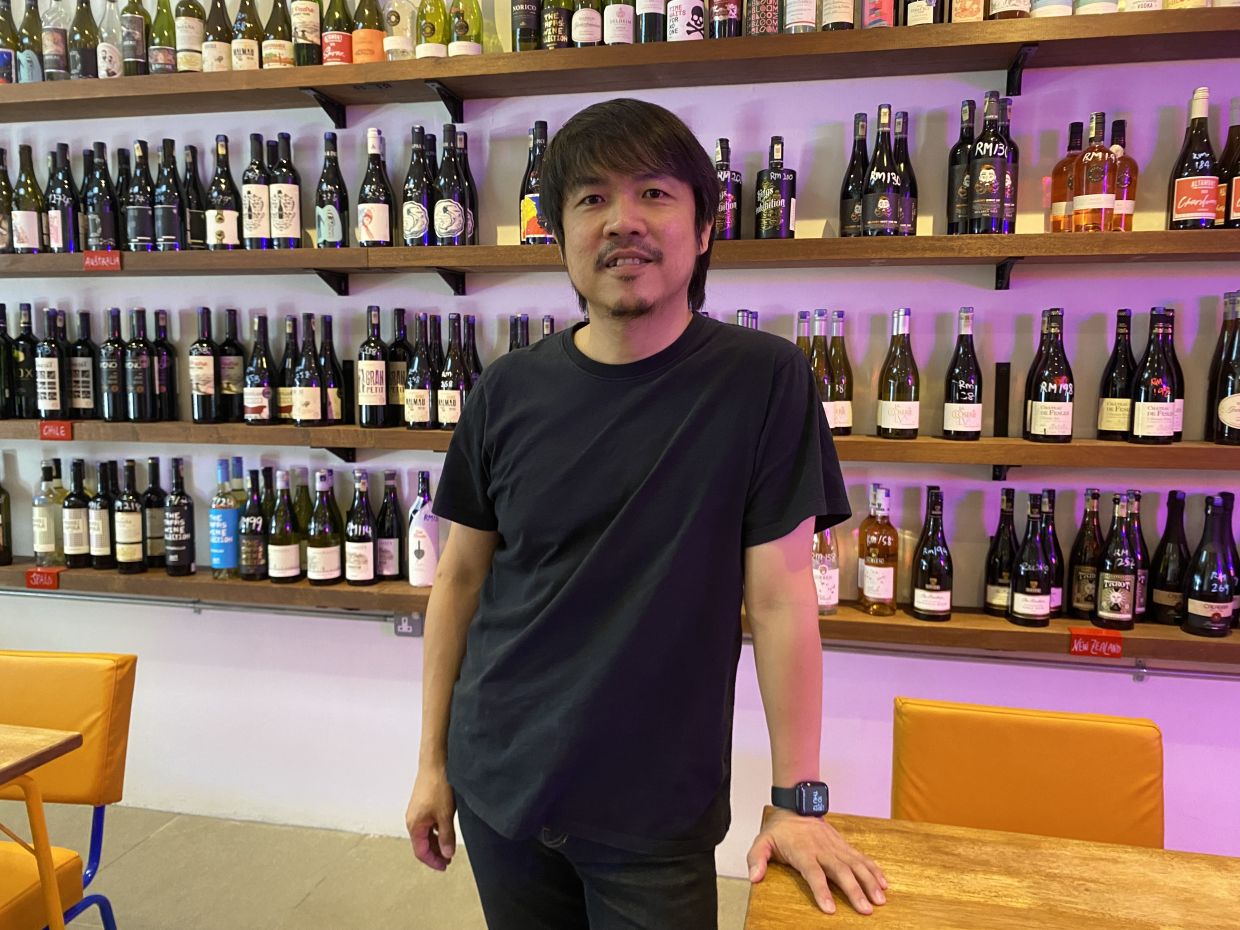 Tan approached Law with the idea of opening Meat Feds together.

For a thoroughly satisfying introduction to Meat Feds’ menu, try the Australian Beef Marrow (RM28+). A chef’s special, this is a limited stock item that features beef marrow baked with light cheese and herbs, served with garlic toast. This is a meal of nirvanic heights, dimensions and proportions. The bone marrow is velvety and creamy with a richness that will instantly take your palate on a fanciful whirl to a place where unicorns and rainbows abound. In short, this is a heady little bit of pure magic.

Up next, opt for the Ham Sap Siew Yuk (RM29+) which features pork belly marinated for over 48 hours with an in-house salted egg sauce. The roasted pork is perfectly seasoned, tender and juicy with a wonderfully crispy skin (crackling) and this wondrousness is sealed with the salted egg sauce, which adds verve and depth, without detracting from the natural attributes of the meat. 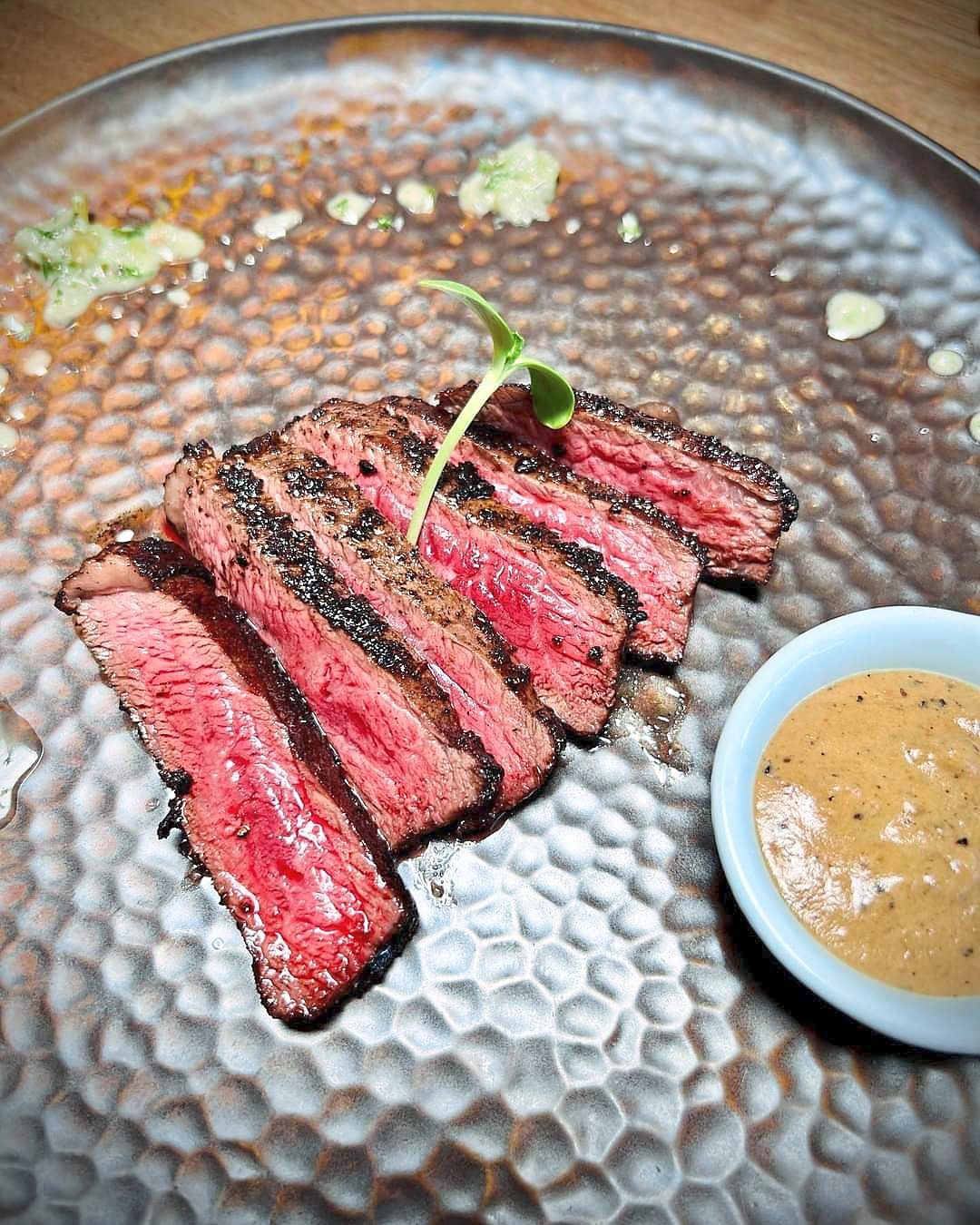 The Angus Picanha features meat that is so tender and flavourful, you’ll forget everything else around you.

Another porcine offering to try is the gargantuan Caveman Pork (RM118). Basically the non-halal equivalent of a tomahawk steak, this Spanish pork is brined for 72 hours, before being roasted for 25 minutes and then rested to seal in all the flavours and juices. The result is meat that is tender, succulent and straddles the fat-meat ratio admirably well. The truffle cream sauce on the side is also a star in its own right – a rich, creamy vixen with an opulent quality to it.

On the beef front, definitely, definitely have the Angus Picanha (RM158+). Here, you will discover a 250g steak with a lightly charred exterior that reveals the sort of blushing pink skin that will beget the biggest smile. And the end result is truly sublime – meat that is so melt-in-the-mouth tender, it is as though it has been spun out of silk. If you’re after a truly spectacular carnivorous meal, this one has really raised the steaks!

For another meat option that waddles away from the usual path, definitely try the Juicy Breast (RM47+). This is Law’s right-hand woman Saw’s creation, one that bagged her an award at a cooking competition.

The duck breast has been smoked-in house and baked in the oven and the result is plump, incredibly juicy slices of meat with crispy skin atop. Perhaps what takes this meal to a whole new level is the citrus trinity sauce (which utilises passionfruit) paired with this meal, which offers amazing tangy overtones that complement the meat in a truly wonderful way.

The duck breast is incredibly juicy and flavourful and the sauce on the side is a powerhouse in its own right.

Finally, round up this amazing meat-venture with something sweet and seductive in the form of the Chocolate Velvet (RM20+).

“I created this because when I was working in England, I had this chocolate dessert that I loved so much that I ate it every night for the rest of the years I worked in England, because it was so good. So when I came back to Malaysia, I tried to recreate it and I put my heart and mind to it and one day I realised, I had perfected it,” says Law.

And OMG, boy oh boy is this good! The chocolate is very, very rich and really velvety smooth and this is countenanced by the crust at the bottom and the crunch of the rice puffs as you progress through the dessert. It’s one of those desserts whose powers of temptation are so strong, even the strongest-willed will be lured to the dark side in the end.

Law says Meat Feds has been doing very well since its opening, and Tan is so elated by the reception that he now wants Law and her team to run the kitchen in new F&B outlets he is interested in opening. 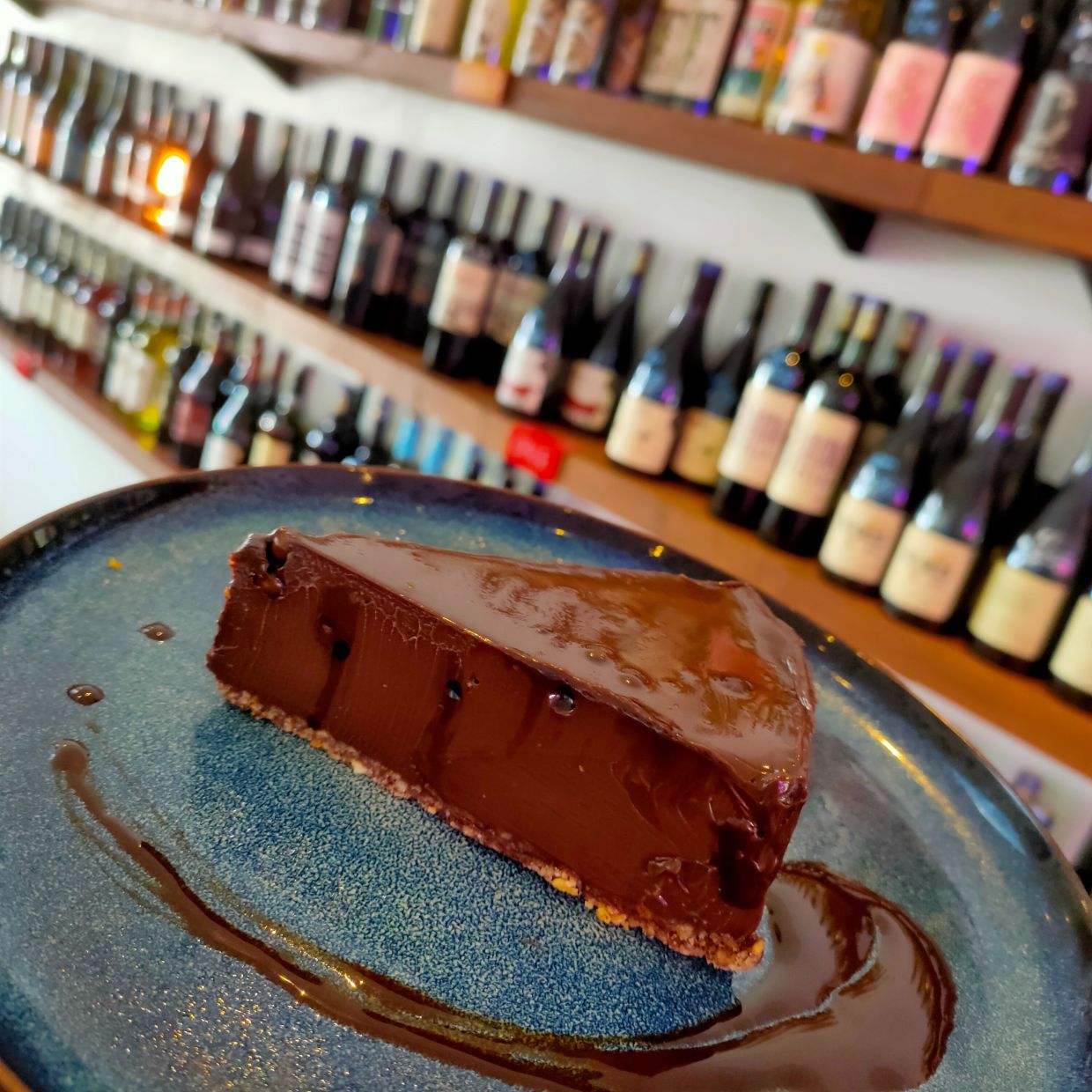 The chocolate velvet is the stuff of every chocoholic's dream.

“It seems very exciting to me because they have the funds and we don’t. But we have the expertise, so that’s how we can synergise together. It’s been a very positive relationship,” she says.