Why Belgian beers are taking the world by storm

When it comes to beer, there are few countries in the world that does it as well as Belgium. It produces some of the most highly-rated beers in the world, and the country’s beer culture was even listed as an ‘Intangible Cultural Heritage of Humanity’ by Unesco in 2016.

So, it was a bit of a surprise to me when Fons Martens, managing director and eighth generation co-owner of Belgian brewery Brouwerij Martens Bocholt together with his brother Jan, said that about 80% of all beers currently brewed in Belgium are actually exported out of the country.

“Twenty years ago, 80% of Belgian beers were brewed and consumed in the country. Today, it’s completely the opposite. At Martens, which is the second largest brewery in Belgium, 90% of what we do is exported outside of Belgium, ” he said during a recent interview in Kuala Lumpur.

Fons was in town for the launch of Martens brewery’s beers in Malaysia. Distributed in Malaysia by Dionysus Asia Sdn Bhd, these include the Kristoffel range (Kristoffel White, Kristoffel Blond, Kristoffel Dark), Sezoens Blond, Boot Tread and 1758 IPA.

The Martens brewery is a family-owned brewery that boasts a 260-year history, tracing its roots all the way back to 1758, when Adriaan Geerkens and his wife Isabella Geebele opened an inn called De Star in the town of Bochol. The business expanded outside Bochol when Pieter-Frans Marten, the family’s fourth generation owner, took over, and though it has since grown to become Belgium’s second-largest brewery (behind AB InBev), it still remains within the Martens family. Six beers from the Martens Brewery were recently launched in Malaysia.

According to Fons, one of the reasons for the increase of Belgian beer exports was the growing popularity of craft beers worldwide. He added that many of the so-called “new craft beers” were actually being brewed in Belgium already.

“The craft beer movement has put the spotlight on other beer styles other than the mainstream lager beers, but Belgium has always had those beers! We have a rich tradition of a great variety of beers going back to the Middle Ages!” he said. “There are four main types of beers in the world. Bottom-fermented beers, top-fermented, spontaneous fermentation, and mixed fermentation. All these variants have always been done in Belgium.”

“For a long time in Belgium, there were only about 100 breweries. Today, there are more than 300!” he said.

“In the past, a pub would have maybe three or four taps. Today, many bars have more than 20 taps! So yes, it (craft beer) has had an influence on us, even the big brewers as well.”

But why is Belgium so famous for its beers in the first place? Not even Fons could answer that, though he reckons it’s because of the rich brewing history of the country.

“Some of the breweries are as old as Belgium itself! For instance, Belgium only existed in 1830, but Martens Brewery dates back to 1758!” he said, laughing.

“And then there were the monks, who were brewing since the Middle Ages, when the water was so bad that the people only drank beer.”

Well, since he mentioned the monks, this is a good time to delve into the six beers that he recently launched in Malaysia: 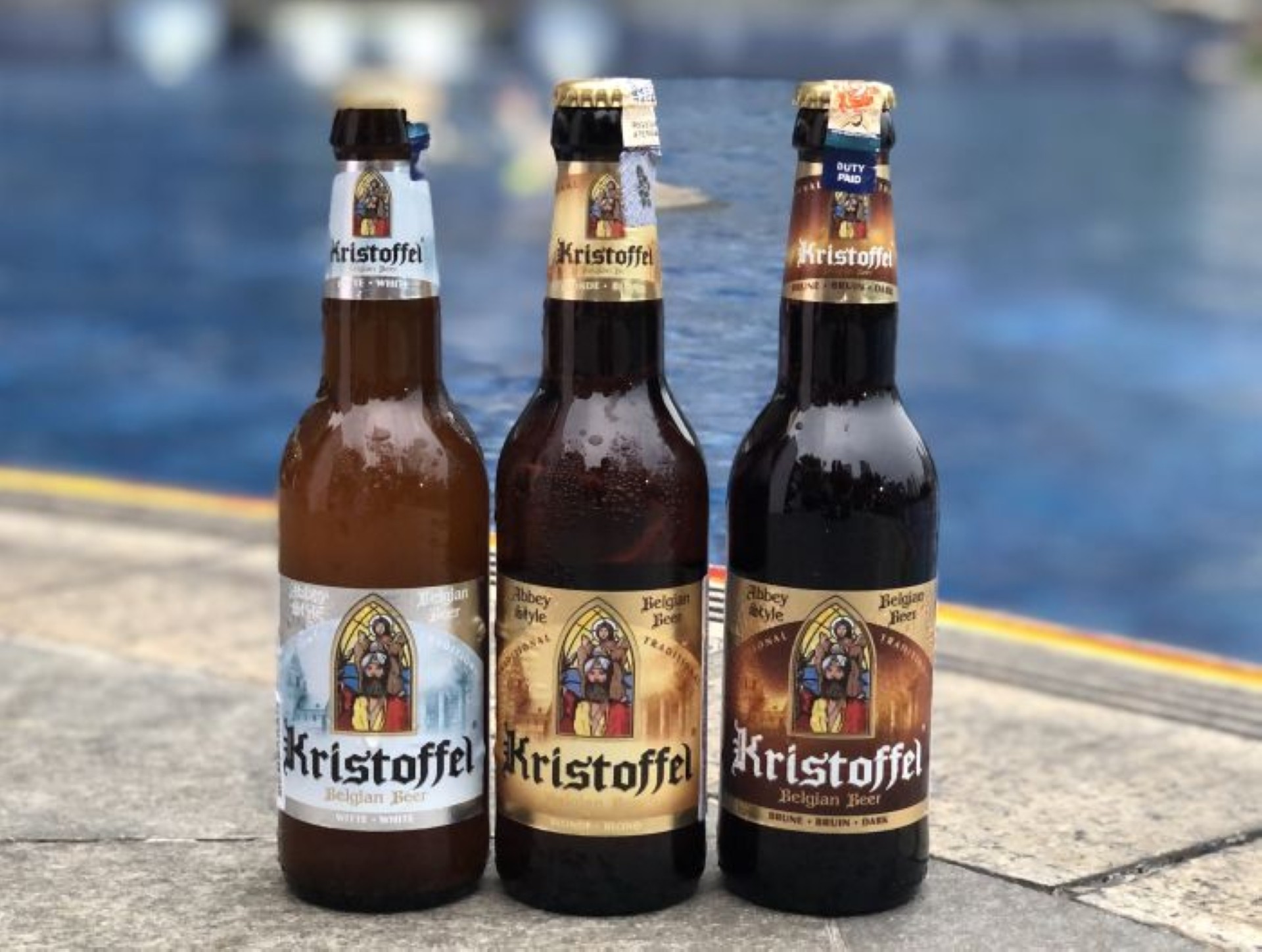 Kristoffel is a range of top-fermented ales brewed by Martens in the style of an abbey ale. According to Fons, monks in Belgium’s monastery would brew beer which they sold to raise funds for themselves.

“Commercial brewers then saw a potential for the beers, and made an offer to the abbeys to brew it for them using their name and recipe, while giving them a royalty payment, ” he said, adding that Kristoffel is an old brand of his brewery that dates back to the 1800s and is named after St Kristoffel, the patron saint of travellers.

The three Kristoffel beers available here are Witbier, Blonde, and Dark. “In Europe and Belgium, the Blonde beer is the preferred style. But it also depends on the season – during winter, more people would drink the dark beers, and lighter styles in the summer, ” he said. The Belgian witbier (or ‘white beer’) is a very different wheat beer style compared to say, German wheat beers. The Belgian one has orange peel and coriander and other spices, which gives it a specific flavour, and the beer also has a hazy or cloudy nature, which comes from the suspended yeast used to brew the beer.

Easy drinking but with a pleasant citrusy, hoppy edge to it, this beer used to be known as Sezoensbier, and dates back to the 1860s, created by Pieter-Frans himself.

“A top fermented beer, but with a dry hop, this was one of the first beers that were dry hopped after fermentation and maturation. We call it an aperitif beer, which you can enjoy on special occasions, ” said Fons. One of Martens’ newer beers, Jan said this beer came from an “American client who wanted to have a beer which was very popular there, Fat Tire”, which was an amber ale.

“We tweaked that style a little bit to add a bit more flavour, but also made it a very easy-drinking beer, ” he said. “An IPA which stands out in the sense that we are using six different hops, ” says Fons. Unlike many IPAs in the market, this beer has a much more palatable hoppiness that gives it a lovely bitter tang while still retaining a citrusy, almost floral-like palate. An IPA for non-IPA drinkers, maybe?