Based on the columnist’s imagined world, it becomes unacceptable to eat beef in public by 2030, which in turn makes beef a precious, highly expensive meat. — MADIE HAMILTON/Unsplash

It is now the year 2035, when the impact of climate change on our planet due to human activities is now inescapable. Despite the extremely challenging times in this future world, my daughter and I have decided to open a restaurant, called Entre Deux Pays, which translates to “Between Two Lands”.

One must recognise that dining out in 2035 is massively different from dining out in the 2020s. For one, since the Beef Riots in recent years, it is now considered unacceptable to be seen eating beef in public, much as smokers were considered extremely undesirable in dining rooms in the past.

The changes in our global climate also meant quite drastic changes to restaurant menus, which now differ significantly from menus back even in the 2020s, just a decade and a half ago. One then realises that restaurant menus have remained unvaryingly recognisable since the 20th century until the 2020s. For example, one can pick up a menu from the 1980s and it would be a plausible menu even in 2020, except for the change in prices and a more jazzed-up presentation. But not anymore.

For one, as mentioned, beef is not on most menus, except perhaps at specialist restaurants, or sometimes, rarely, at swanky catered events. And beef would be expensive, around 25 times the price of pork due to the environmental tariffs applied against the meat. One needs to be very keen to taste beef, which is usually only served for special occasions. 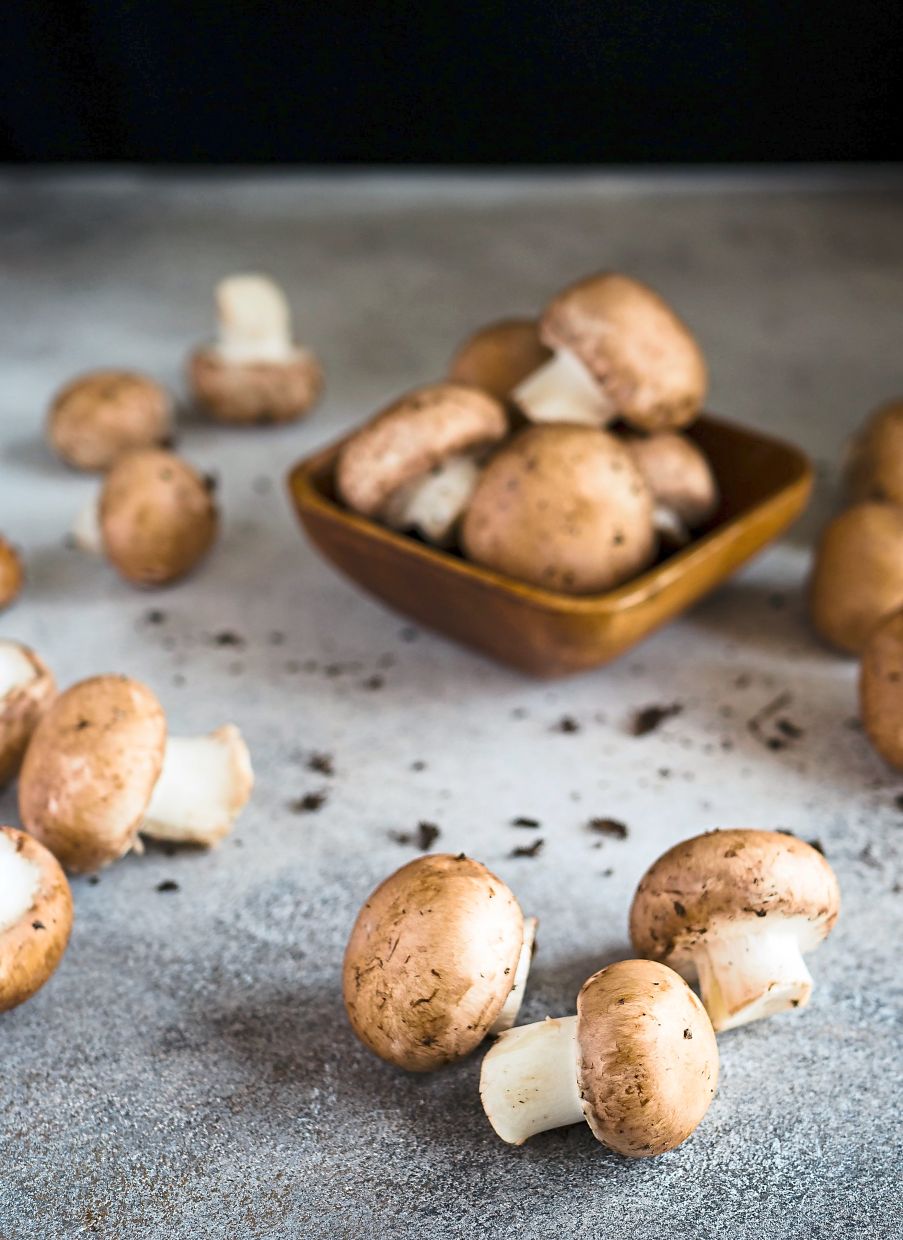 Mushrooms are a common feature on restaurant menus in the future, incorporated in everything from mushroom burgers to casseroles. — CHRISTINE SIRACUSA/Unsplash

Our restaurant does not serve beef. Mostly, we do not serve meat at all, except for weekends or on special order for our die-hard customers, and then we serve only chicken or pork, which are the meats with the least impact on the environment. But we do serve “steaks” which look like proper pieces of beef. These are produced by our food printer which uses only non-meat ingredients. In fact, the food printer can print whatever proteins we want, and they would come out looking like a rare steak, tasty lamb, aromatic duck, and even exotic “meats” such as wild boar and venison.

There would of course be no bones and no concerns about hygiene and food contamination. All we have to do is load up the hoppers with various types of soy proteins, pea proteins and mycoproteins, plus binders, flavourings, leghemogoblin and beet extract solutions, and the food printer does the rest.

Our menu varies every day and includes the best produce we can obtain in the morning. This is not because we constantly seek the best goods, but because deliveries and supplies of food are often unpredictable in these troubled times. The menu is presented on the liquid crystal panel at every table. One flicks through the range of different options, pick one’s choices, and touch the “Order” button.

The order is confirmed and paid via NFC by placing one’s phone on the menu panel. Several minutes later, one of our cheerful waiting staff will bring the food to the table, or if you are at the bar, a little robot shuttle will carefully place your dinner in front of you.

The flexibility of a food printer does not mean we can cover all the menu items, because the range of items printable is limited and, to be honest, the textures can be a little similar even if the taste can vary quite a lot.

So, we rely a lot on other natural ingredients to complete our menu. All our ingredients are very environmentally friendly, naturally, otherwise we would not be classified as an “Eco Gastro”. For example, the now typically wet summers in France means that many types of wild mushrooms are easily available for gathering.

On a good day, we can pick 20 kilos of different kinds of cepes and girolles, assuming we can also avoid the violent storms that can sweep suddenly through the woods, sometimes turning paths into rivers of mud.

We also breed our own insects in secure greenhouses, fed with vegetation planted specially for them. As a sideline, we also raise snails, which is a French delicacy still loved by many people.

The wild mushrooms are fragrant, delicious, and used for mains, casseroles, and sides. A lot are also reprocessed into our popular and tasty mushroom burgers – they are basically minced mushrooms bound by vegetarian binders, with added seasonings, formed into burger shapes and served with dressed salad inside large mushroom buns. Or mushrooms can be cooked and reduced in a moist gravy and used as a filling inside our freshly steamed buns. In the future, the columnist imagines that insects will become part of mainstream dining. — Filepic

If you are curious about the insects, we breed mostly locusts and mealworms. Both of which, when fed with different kinds of plants, develop unusual flavours when cooked. So, we can offer lovely, crispy minty snacks or rosemary-tinged nibbles and other variations of fried insect dishes.

It was not until the year 2028 or so before insects became mainstream dining, but once the idea caught on, there was no looking back. We also found that ground dried mealworms turn into an interesting ‘flour’ which can be used to season and add texture to various dishes, such as polenta and several kinds of buns which contain various kinds of stuffing, such as the mushrooms mentioned earlier.

Some people in the past were originally revolted by the idea of eating insects, but they were not aware that many people were already eating around a kilo of insects and other bugs every year from contaminants in their food, according to a study by Scientific American in 2013. However, the disastrous environmental impact of livestock farming, especially beef, finally led to a widespread realisation that insect protein is not only better, but bugs can taste pretty good after all.

Snails are a more problematic dish to cook, as they “weep” a lot of icky fluid and tend to turn mushy if not cooked properly. But we have developed a snail cooking machine which handles the trickier stages of snail cooking by using high-pressure steam and injects the butter, garlic, and herb filling just at the right time.

We used to offer quite a lot of seafood, but we stopped when the counts of microplastics in them started to exceed several thousand particles per 100 gram of sea protein. And we also decided not to offer fish when levels of heavy metals in our deliveries got to potentially dangerous levels. 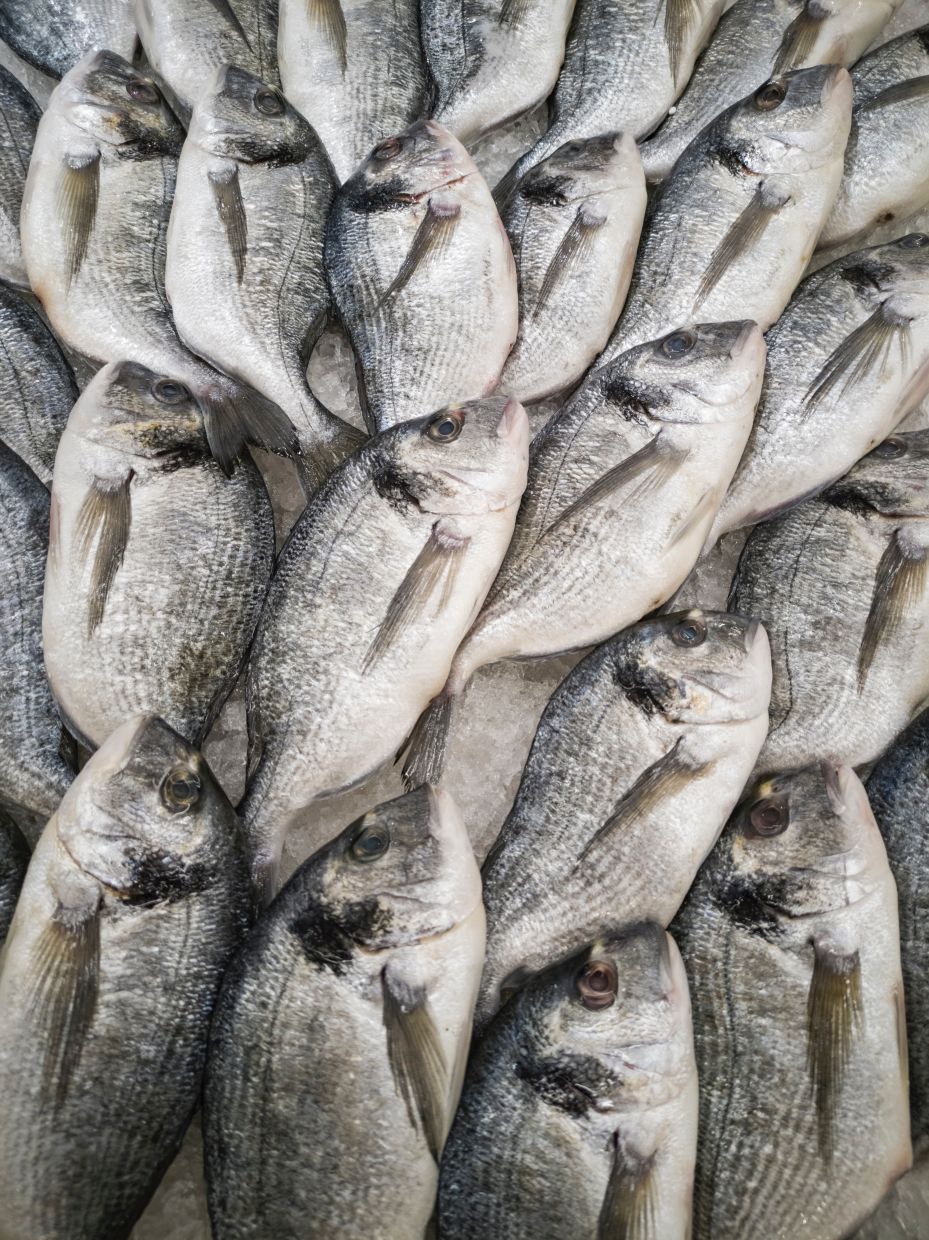 Our only real animal proteins are served during the weekends, and they come from farms that we know well and trust not to use hormones, antimicrobials, and other chemicals during production. The demand for chicken and pork is usually from the older generation who still like to eat proteins attached to bones, and there are fewer such customers each year. By law, we have to set aside a part of the kitchen to handle the animal proteins due to hygiene requirements.

The above 2035 restaurant scenario is plausible, except perhaps for the imaginary snail cooker (note that I have never figured out how to cook snails properly). Everything else is already happening, many of the machines exist and some are already commercially available, if you have the money.

By 2035, uncontrolled climate change would have very likely converted vast areas of arable land either into deserts or flood plains. Plus, higher atmospheric temperatures would also have altered the nature of farming and the types of crops grown. There is evidence that suggest crop yields may also be lower due to changes in ambient temperatures.

Technology would also have probably progressed to the point where machines can improve the structure and taste of plant proteins to substitute for meats, as people turn away from factory farm meats due to the ever-increasing demand for resources to maintain meat production. This is because in the future, providing feed for animals may be competing with humans for plant crops as the acreage of arable lands decline due to climate change. This will lead to a decline in demand for meat due to economic and social reasons.