CLAD in a shiny coat of burgundy glaze, a braised beef cheek stole the show in this year’s spring menu.

At The Library, Ritz-Carlton Kuala Lumpur where it was served together with grilled Wagyu tenderloin with a marbling score of five, pureed spinach and seasonal vegetables, the Australian cheek muscles were braised bourguignon-style, carrying the savoury flavours of root vegetable mirepoix, red wine, cinnamon, star anise and black cardamom.

Those who have worked with this cut will recognise it as a tough part requiring long, slow-cooking of up to six hours to achieve a respectable degree of tenderness.

The pay-off is the collagenous seams which ooze out like jelly when the meat is pulled apart.

Executive chef Wai Look Chow, who came up with this main course for the new menu, said two hours at 165º Celsius was all he needed.

The secret ingredient to making beef cheeks melt in the mouth like butter is pineapple.

“The enzymes free the tough protein fibres and tenderise the meat, plus, they add flavour, ” said Wai.

The chef learned this from his mother who sold vegetables for a living. 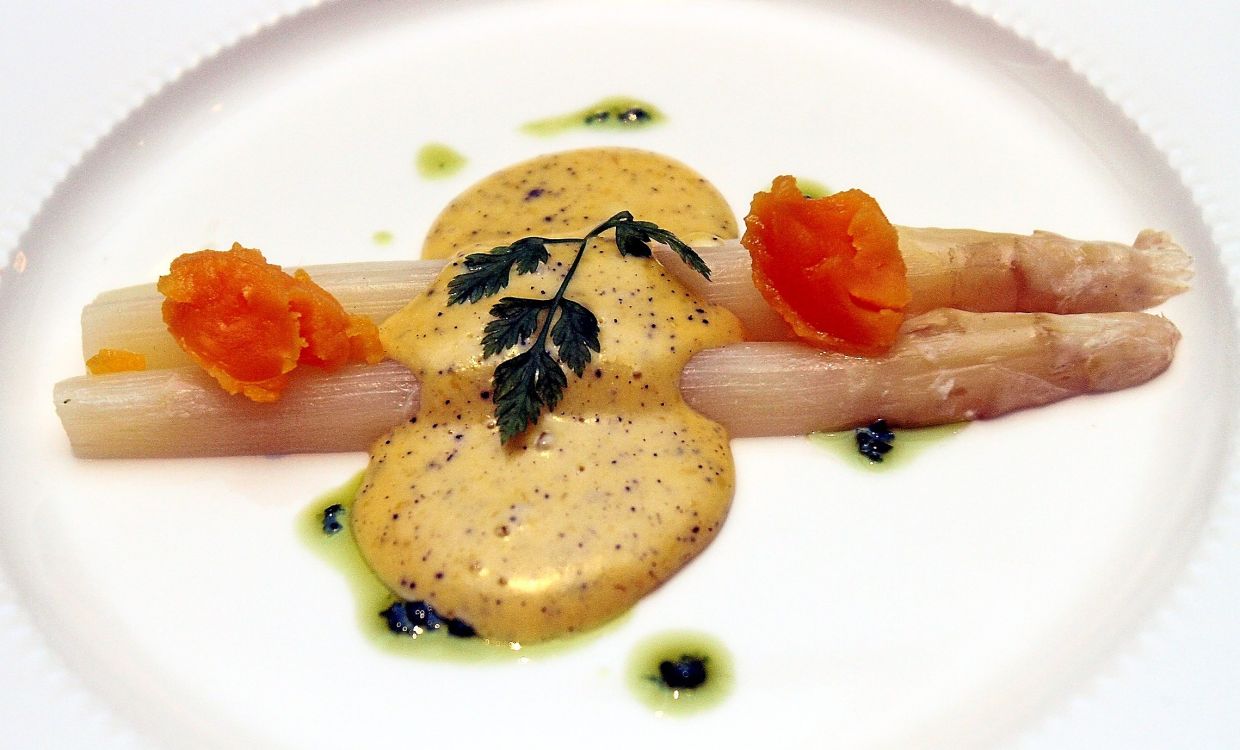 In addition to pineapple, he said white radish, commonly used by beef tendon noodle cooks, was another natural tenderiser.

If the beef cheek is well-received by diners, it will star as a main on its own in the coming summer menu, to be served with smoked eel.

To give diners the chance to savour the various items on the new menu, there is a six-course tasting featuring Hokkaido scallops, sturgeon from Tanjung Malim, Peruvian white asparagus, fillet of female salmon and chocolate made from cacao planted by the Semai tribe living in the jungles of Pahang.

Hokkaido scallops, seared in walnut oil for no longer than three seconds on each side is the first starter option.

What comes from being subjected to such minimal cooking time is the preservation of a creamy, salty centre.

By treating the scallop in such manner, an oily ocean-like taste that has surpassed the raw stage but yet to reach full doneness is apparent.

Giving the palate a similar experience is another main course of female salmon fillet and Fine de Claire oyster.

The fish is warmed long enough in a pan until cooked by its own bodily liquids.

The salmon which slid like silk across the palate presented its robust, oily flavour.

This is because female salmon has higher fat content. Wagyu tenderloin and beef cheek with spinach puree and seasonal vegetables for the spring menu created by Wai at The Library,

That it was cooked in a sous vide at under 52º Celsius for no more than eight minutes explains its texture.

Observation is key to this method of cooking seafood. Another tip is to place the fillet under a warmer if it has just come out of a fridge so it can reach room temperature first.

“Once the salmon goes into an oven, it is standard to check after five minutes. All chefs will look out for the coagulated albumin coming out from the flesh. Once this is present, you know that heat has penetrated to the centre and the fish is done, ” said Wai.

Those who like their fish well-cooked can go for the sturgeon from Tanjung Malim.

Smoked with rose infused tea leaves and presented on a bed of pureed celeriac, it is another starter option.

The fish is sourced from the same company which also produces caviar. Founded by a Taiwanese, this company made ripples in the local aquaculture community when their sturgeon, originally a subtropic and sub-Arctic breed, adapted to tropical water. Enriching the flavours in this dish are beads of salty sturgeon caviar sprinkled atop mounds of semi-done egg yolks.

White asparagus poached in milk and served with creamy truffle sabayon is the second course.

Poached to a consistency that is similar to soft and sweet old cucumber chunks found in soups, proper preparation was key in ensuring these shoots lived up to expectation.

To rid it of its rough, fibrous bits, the kitchen’s rule of thumb is to peel the length of shoots, which is as thick as a forefinger, twice. The second cut one has to be one-and-a-half the depth of the first one.

Following this are the main courses as mentioned earlier. Good news is the juicy corn-fed chicken breast has been retained from last year’s menu.

Stuffed with truffle mushrooms, the breast has the texture of fish and is the result of one-and-a-half years of research by Wai and his son, Desmond, who works in the same restaurant.

A chocolate lava cake served with vanilla ice cream and rolled up pistachio tuile uses chocolate made from local beans with 75% cocoa content.

This five-course menu, including a zesty tangerine sorbet sprinkled with dried, powdered sour plum, is priced at RM300 nett per person. If paired with wine, it is RM450 nett. The menu is available until May 31. 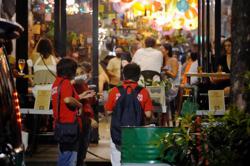 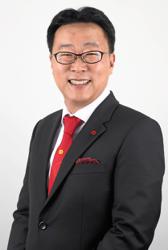 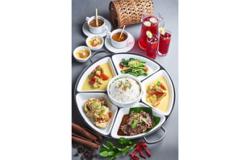