Fending off competition with wider network CONSOLIDATION is the name of the game for the local retail pharmacy landscape.

One of the key challenges for the industry is that while the pharmacy offers very low margins, the business remains feasible.

The Malaysia Retailers Association reported that the pharmacy and personal care sub-sector actually enjoyed the second biggest growth in sales last year of 10.2% – only behind the 11% posted by speciality retail stores.

Separately, in a report entitled “State of Malaysia Community Pharmacy 2019”, the Malaysia Pharmacy Society states that the top 10 pharmacy brands in the country operate a total of 608 outlets and they include Caring Pharmacy, Watsons Pharmacy, Guardian Pharmacy, Alpro Pharmacy, Health Lane Pharmacy and BIG Pharmacy. The largest, Caring Pharmacy, has 124 premises.

According to Steve Loh, co-founder and chief executive officer of OK Pharmacy, the industry’s fundamentals remain unchanged. Issues such as demand for greater value in generic drugs, patent expiration of innovator drugs and increasing life expectancy translate into increased demand for healthcare products and services that enhance lives and restores health.

This, of course, spells good potential for pharmacies.

Large retail chains in the sector continue to expand both organically and through mergers and acquisitions.

Loh adds that there is also competition in the form of hypermarkets, supermarkets, convenience stores, specialised health food stores, supplement shops and even Chinese medicinal halls that carry similar ranges of non-scheduled drug-related products. This does not take into account healthcare institutions such as private hospitals with their in-house dispensary.

Also known as community pharmacies, independent retail pharmacies are beefing up their operations to benefit from economies of scale.

Loh cites BIG Pharmacy, which is backed by private equity firm Creador, and local pharmacy chains such as AA Pharmacy and Caring as examples. These chains are made up of formerly independent stores and have grown on the strength of their networks.

He also notes that larger multinational chains like Guardian and Watson have the advantages of economies of scale which enables them to increase market share. Generally experienced in dealing with large industries, these multinational corporations have key expertise in areas such as processing, packaging, logistics and inventory management. In addition, they also have in-house brands.

Loh estimates that there were over 2,300 community pharmacies as at the end of last year, of which, 1,625 were independent and 746 were chain outlets. He believes that big chains make up about a third of the total number of retail pharmacies.

In order to survive the industry trend, independent pharmacists who own their own businesses have to start working together to help serve the industry and customers better, he says. 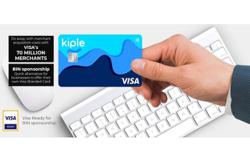