Small entry: Kuikka notes that cobots could be a cost-effective way for companies looking to give robotics a try.

FOR most companies, the task of automating their operations may seem like a big undertaking, more so for SMEs.

While the benefits of automation is widely talked about, the uncertainty and risks of taking on such an effort tend to outweigh management’s decisions on the matter, particularly when the discussion around automation include big terms like artificial intelligence, robotics, Internet of Things (IoT), and, of course, cost.

No doubt, the prospect of going about these is daunting.

But industry observers and regulators are reminding businesses that automation, and the progress into Industry 4.0 is a journey.

“Transformation and automation are about making your operations smart. When we talk about Industry 4.0, people think that the whole company needs to be transformed. That’s not necessary. Take small steps. Change a small part of your operations first and see whether that is beneficial for you. Before you automate: According to Kang, most SMEs need to first look into digitising their operations.

Notably, SME Association of Malaysia president Datuk Michael Kang opines that most SMEs are too small to be able to afford sophisticated systems for automation.

“If we can upskill the small ones, maybe they can eventually adopt Industry 4.0. But let’s not talk about Industry 4.0 yet.

“I think the most important thing for a lot of SMEs is to digitise their operations. A lot of them are still very manual. For them, if they can go for digitisation, it is good enough. They can use some software to improve. From there, they can slowly scale up,” he says.

Kang notes that moving into high gear on automation may not fully benefit businesses – SMEs may not have enough markets to push their products to.

“So digitise first. Then maybe, you can look at reducing reliance on labour with some machinery and improve productivity. Then go for automation,” he says.

Nonetheless, the urgency for SMEs to take action is there.

Several of the global and leading manufacturing countries such as Germany, the United States, the United Kingdom, China, South Korea and Singapore have already embarked on their Industry 4.0 transformation and are in advanced stages of implementation.

Local companies would do well to take a look at their own operations to spot the gaps they need to close in order to be more efficient and competitive.

In recent times, there have been a slew of providers in the market offering companies with products and solutions to help them automate and improve on efficiency. These solutions cover a wide range of areas including energy efficiency, security, administration, payment systems and production. And with advancements in technology, a lot of these solutions come in a plug-and-play model which will enable companies to integrate them into their operations and adopt a gradual automation process rather than have a major overhaul.

An example is collaborative-robots (cobots). The cobot is a robot arm that can be integrated into a manufacturing process and are designed to work safely alongside people.

Denmark-based cobot maker Universal Robots (UR) is looking at helping local SMEs accelerate the adoption of automation and robotics to transform the manufacturing sector.

“We see huge potential to boost the adoption of robotic automation as the country focuses on strengthening its manufacturing sector and gearing towards becoming a developed nation,” says Sakari Kuikka, UR’s general manager of South-East Asia and Oceania. 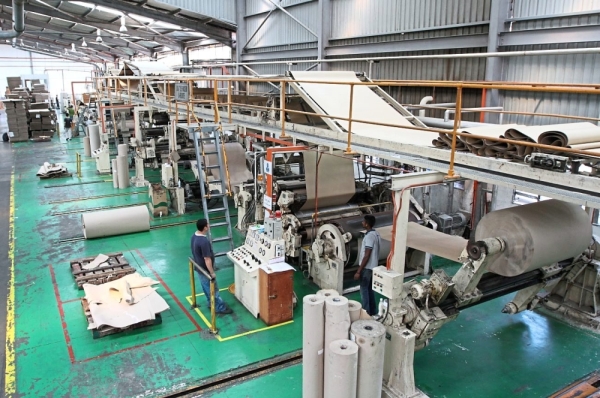 Bit by bit: Regulators have urged SMEs to take small steps to automate their businesses, rather than undertake a major overhaul.

Kuikka says the use of the cobots can potentially improve productivity for SMEs by up to 30% in the manufacturing sector.

The manufacturing sector, comprising 98.5% of Malaysian SMEs, serves as a major contributor to the country’s economy. In 2018, the sector contributed 22.4% of the gross domestic product (GDP) at about RM325bil.

According to an A.T. Kearney and Cisco study, Malaysia could reap growth in productivity gains of up to US$30bil (RM125bil) for its manufacturing sector over the next decade through Industry 4.0 adoption.

“Malaysia ranks high in the region in terms of Industry 4.0 readiness according to global surveys. However, this is not a sentiment shared by SMEs who are slow to adopt these technologies.

“Among the challenges they face include a lack of understanding of automation benefits and low awareness on government funding to assist with tech adoption. Last year, about RM5bil was set aside by the government to help businesses embrace smart technology including automation and robotics,” he adds.

He notes that cobots are a more cost effective addition to an assembly line compared to traditional industrial robots given the former’s ability to automate a wide range of applications, making automation accessible for businesses of all sizes.According to Kuikka, cobots are the fastest growing segment of industrial automation, and is expected to rise ten-fold to 34% of all industrial robot sales by 2025.

A research by Bis Research notes that the global collaborative industrial robots market is expected to grow at a CAGR of 63% from US$105.4mil in 2015 to close to US$2bil in 2021

“Our vision is to democratise the industrial robotics market and cobots market so that anybody can automate and we are starting with cobots to make automation accessible to all. This can increase productivity and profitability for a company and improve the wellbeing of the operators.

“We are targeting the SME market because it is more difficult for them to start robotic automation,” he adds.

However, Kuikka notes that in the Asean region, take-up rate for robots in Malaysia lags behind Singapore and Thailand.

In Malaysia, cobots are deployed in an array of industries such as electronics, automotive, semiconductor, furniture and consumer products. They are used across many applications such as machine tending, assembly lines, quality inspection, packaging and dispensing. “The application of cobots can help to expand the manufacturing sector’s contribution to the economy, increase the number of high skilled workers, and strengthen innovation and capacity for SMEs,” he says. 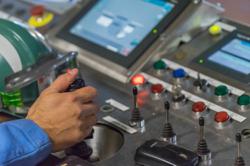 Malaysians optimistic about automation but worry about losing their job 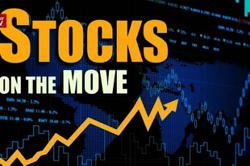