Bringing e-commerce to the masses

Crowded space: E-commerce transactions are increasing rapidly, and with it is the increase in competition for product placement and pricing.

E-COMMERCE has become a magnet for established businesses, and many greenhorn entrepreneurs alike, aspiring to make more sales.

For companies, the online channel offers them an avenue to reach a wider consumer base and boost margins; for budding entrepreneurs, they get to try their hands at doing business and earn some side income.

But while technology has made it easier to set up shop online, Isaac Leong knows that what seems like a great platform for some extra income can turn out to be a brutal lesson.

Having personally experienced the risks, frustration and painful losses from dealing with manufactures and suppliers, Leong co-founded OGN Online Sdn Bhd in 2014 to nurture aspiring businesses interested in the opportunities of e-commerce, without the risks.

Leong was previously in charge of marketing at a multinational company.

He co-founded OGN with his brother as part of their plan to create a trading platform that could help solve the basis problems they have encountered in doing business online.

Fairly different from other e-marketplaces, Kumoten is a dropshipping platform.

In Kumoten’s case, dropshippers will source for items from Kumoten and have the products shipped directly to the customers. For Kumoten, having the scale is key to becoming the largest seller via its dropshippers, particularly when there are already several established platforms in the region with deep pockets.

Among the leading e-commerce marketplaces in the country include Alibaba Group-owned Lazada, Tencent-backed Shopee, and 11street, which is operated by Celcom Planet – a joint venture between Axiata Group Bhd

An extensive catalogue of products is key to grabbing market share. The wider its variety, the easier it is for its dropshippers to offer a wide range of products to their buyers, which would bring more business to its platform.

Kumoten currently has more than 36,000 dropshippers and carries around 130,000 store keeping units (SKUs) on its platform. It is this large number of products that is giving Kumoten its competitive edge in the dropshipping services, says Leong, as other competitors are either a singular product platform or lack the variety and product mix to be competitive.

“Our mission is not to make new millionaires, but to provide a platform for ordinary workers, retires, housewives, and even students to earn extra income. Most of them lack the necessary insight into customer behaviour and their buying patterns which can help them strive in the current e-commerce scenario.

“We don’t make money from either our customers (the dropshippers) or suppliers, but rather make a thin margin from the price,” adds the managing director of the company.

Another challenge that the company faces is to offer efficient delivery services. Easier retail: With the dropshipping model, merchants do not have to keep their own inventory or manage delivery. — Bloomberg

Online sellers like Amazon and Walmart generally have shipping amenities around the country that can cater to their delivery needs. Their distributed warehouses allow these large e-commerce businesses to ship orders from the closest facility; approximately 60% of orders are estimated to be in the same area the customer is in.

In the last two years since Kumoten started operations, it has chalked up some impressive milestones to be a market leader in this e-commerce segment. The company has recorded a monthly growth of up to 15% last year and an average of 500 to 600 new customers daily, shares Leong.

“Everyone is trying to get onto e-commerce, which is increasingly popular. However, while e-commerce transactions have increased at a frantic pace, the competition to place your product at the top and make a steady sale has also increased,” says Leong.

There is also the price competition factor which adversely affects small e-commerce businesses, he notes. This is largely due to the fact that mid-sized or large competitors often can afford to offer products at a lower price and free shipping on nearly every order. Smaller players may not necessarily be able to fork out the same cost to service their customers.

Leong is looking to start its Series A fundraise by the end of 2Q19 to raise new capital to support its expansion in South-East Asia.

The company is looking at potential investors such as venture capital firms or e-commerce-linked technology companies in Indonesia and Thailand who would be able to provide Kumoten with market access and local expertise to tap into in the diverse Asean market, says Leong.

While opportunities are aplenty in the region, competition is also stiff and having the right partner is key in succeeding in other markets.

Leong says Kumoten has yet to decide on the latest enterprise value as the company’s recent venture into the Indonesian market is expected to start contributing to its revenue by end of this year.

Developing an e-commerce business is not easy, he says. Bigger team: The company has grown to 15 people and is looking at adding more to its headcount.

“One of the reasons why e-commerce companies face the struggle while building trust and loyalty with the customer is because a seller and a buyer don’t know each other nor can they see each other while making a transaction, unlike street-shopping. It takes a few transactions, time and plenty of effort by the company to build customer trust and loyalty.

“We must make sure that along the entire supply chain, from ordering online to shipping, the customers are satisfied with the services. There are plenty of online retailers that might be selling the same product like yours, so you must identify your competitive advantage and nurture your customer service accordingly,” he explains.

Currently, Leong and two of his brothers collectively control the majority stake in the company. The remaining minority shares are held by Ganesh Kumar Bangah, founder of e-commerce ecosystem provider Commerce.Asia. Commerce.Asia is Kumoten’s technology partner.

Ganesh, a well-known entrepreneur in the local technology space, is also an early investor and seed funder for Kumoten. 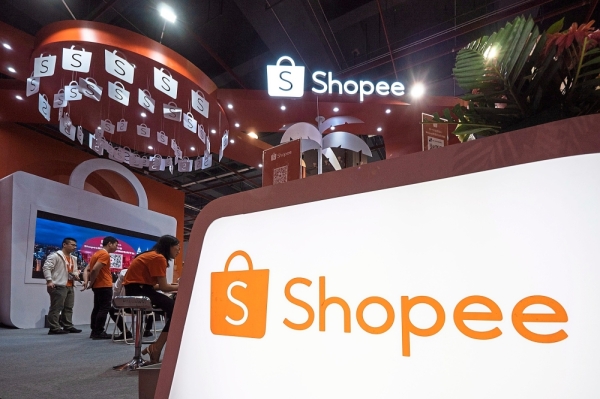 Large-scale competition: Having scale is key to becoming the largest seller, particularly when there are established platforms in the region such as Lazada and Shopee. — Reuters

Going regional, even within Asean countries, may not be as easy as it seems, says Leong. Kumoten’s networks are largely established in Malaysia. Even something simple like language similarities between Malaysia and Indonesia – a factor often touted as an advantage for Malaysian businesses going abroad – may not be too much of an advantage, given the differences in business culture of both countries.

It is still daunting, says Leong.

After more than two years in operations, the company has grown from a four-person-team to having a manpower of around 15. It is planning to add new programmers and user interface experts to its staff to help with its expansion plan.

The success of its customers has been a very strong motivating factor for Kumoten as it works to continue improving its platform. But Leong shares that the most fulfilling point for the team is that it has been approached by those with disabilities to provide them with a platform to be financially independent and self-sustaining.

The next challenge for the company, he says, is to bring the opportunities to the wider market, and eventually be the indispensable and valuable partner for both the top e-commerce marketplaces and customers who seek a safe, secure and reliable platform in the fast changing e-commerce business.