SINCE its inception in 1994, Westports has been growing in the direction of going global.

At the same time, it has always kept ahead of times in order to achieve Vision 2020 in line with the nation’s initiatives.

The establishment was born due to the need of a new port in Port Klang to meet the country’s progress as a manufacturing hub in the 1990s.

This paved the way to raw material imports and the export of finished products to the world.

According to Westport chief executive officer Ruben Emir Gnanalingan Abdullah, the port was meant to compete with the world’s best ports.

“It is destined to capture a large slice of cargo passing through the busy Straits of Malacca,” he said, adding that since the port is meant to be a catalyst to help shore up the nation’s growth, it needs to match the nation’s progress in becoming a fully developed country.

Gnanalingan Abdullah said the port does this by making improvements to its infrastructure, technology and employment.

In less than 20 years, Westports has become an important trans-shipment location in the region. 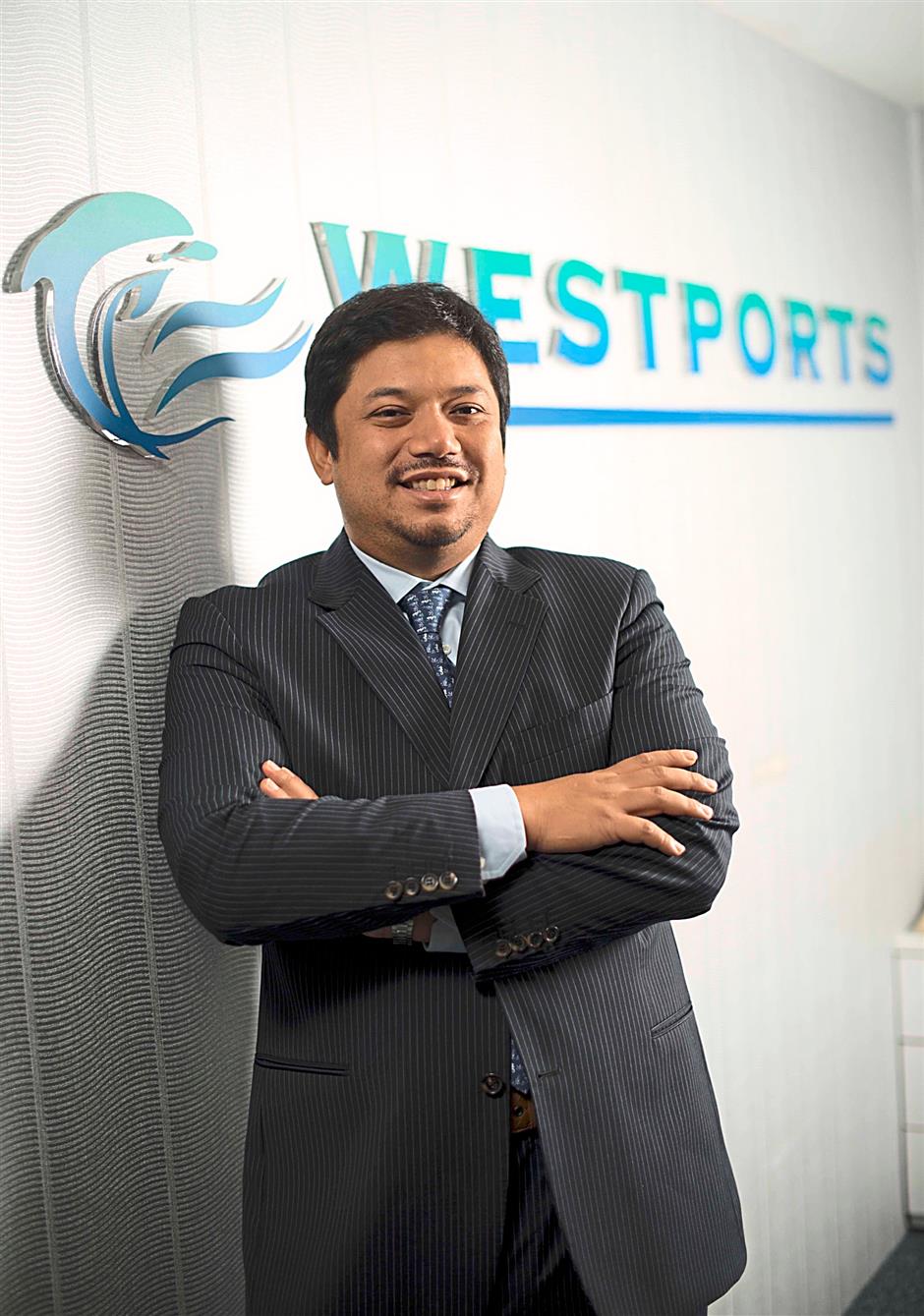 Gnanalingan Abdullah said Westports is set to capture a large slice of cargo passing through the busy Straits of Malacca.


It has helped propel Port Klang into the 12th busiest port in the world, to which Westports have a 75% market share.

Westports is also known for high productivity yields; its latest feat yet is 793 moves per hour.

It has handled more than 60mil TEUs (twenty-foot equivalent unit) in containers and 200mil tonnes in conventional cargo within the short span of less than 20 years.

The port has managed to keep ahead in terms of volume capacity and size of ships to fulfill customer needs and it has now built new terminals in anticipation of growth.

The latest, Container Terminal 7, was also built ahead of initial plans.

With more being underway, Westports is capable of increasing capacity up to 16mil TEUs a year.

Besides being a working port, Westports is also a technology park that is advancing the port industry by developing in-house innovations.

Its customer-friendly portal, which has bagged the International Ports and Harbors (IAPH) Gold Award for IT, as well as its integrated Enterprise Resource Planning System is a testament to the establishments forward-thinking culture.

Its most recent innovation is having integrated real time operations with seamless customer-friendly process and connectivity.

Despite its success, the port will not be resting on its laurels. It continues to find new ways to raise standards in port technology and operations.

The establishment is MS ISO/IEC 27001:2007 Information Security Management System certified and complies with the International Ship and Port Facility Security Code (ISPS) as well as Customs-Trade Partnership Against Terrorism (C-TPAT).

It implements a 24-hour CCTV surveillance system for security and safety monitoring that has been extended even to Pulau Indah, and also has radiation detection systems installed as part of the US Department of Envrionment and National Nuclear Security Administration’s Megaports Initiative.

In line with Vision 2020, Westports has sought to improve the lives of Pulau Indah’s population since it began its operations.

Today, the island has access to major cities and airports and is enabled with proper infrastructure including roads, railways, water, electricity, telecommunications, schools and housing.

It has also gradually eased poverty on Pulau Indah by providing jobs and has become a model employer with an all-Malaysian workforce of over 4,000.

With plans of growth ahead of time and in full motion, Westports hopes to continue spurring growth for the nation that goes beyond Vision 2020.