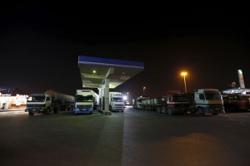 In the black: Saudi Aramco engineers look at a gas liquid recovery plant in Saudi Arabia. The world’s top crude exporter is standing by most of its forecasts even as the oil market is close to wiping out its gains for the year. — AP

RIYADH: Saudi Arabia boosted its forecast for next year’s budget surplus compared with projections made just three months ago, in a sign of confidence that its revenues will hold up despite jitters in the oil market and fears of a global economic slowdown.

The government’s latest fiscal outlook, showed it now expects to run a surplus of 16 billion riyals (US$4.3bil or RM18.9bil) in 2023, nearly double a previous estimate of nine billion riyals (RM10.5bil).

Revenues are now set to reach 1.13 trillion riyals (RM1.32 trillion), slightly more than projected earlier, according to the Finance Ministry.

Expenditure next year is expected at 1.114 trillion riyals (RM1.30 trillion), unchanged from the government’s estimate published in September.

The world’s top crude exporter is standing by most of its forecasts even as the oil market is close to wiping out its gains for the year.

The threat of a recession also looms large because soaring energy costs and interest rates could stymie demand in the coming months.

The kingdom tends to take a relatively conservative view of crude prices in drawing up its budget and doesn’t divulge its assumptions.

Al Rajhi Capital estimated in September that Saudi Arabia was budgeting for Brent oil at around US$76 (RM334.21) a barrel next year, still slightly lower than where the global crude benchmark was trading on Wednesday.

The oil market could look quite different by early 2023, with several potentially historic shifts in supply and demand unfolding in the coming days and weeks.

Officials in Shanghai had just eased some Covid restrictions, joining other Chinese cities as authorities accelerated a shift toward reopening the economy after thousands of demonstrators took to the streets.

Top government officials over the past week have signalled a transition away from the harshest containment measures, which have weighed on the economy in the world’s largest oil importer.

This marked the beginning of a European Union and Group of Seven cap on its oil prices at US$60 (RM263.85) a barrel.

The budget is in surplus for the first time in nearly a decade, and the government wants to keep it in the black in the coming years.

That followed several years of painful measures that included reductions in subsidies, alongside more taxes and levies to combat a sharp fall in oil revenue that dented the economy.

Buoyed by the rebound from the global pandemic as well as loosening restrictions on investment and social activities, the kingdom is set to be the fastest-growing economy in the Group of 20 this year with an expansion the government now anticipates will reach 8.5%. — Bloomberg 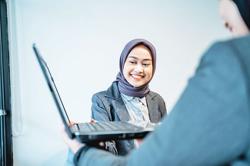