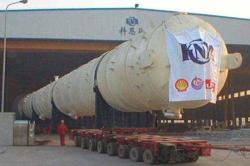 has decided not to extend the long-stop date from the latest Nov 30 deadline for the proposed €220.8mil (RM1.03bil) sale of its subsidiary Borsig GmbH.

In a filing with Bursa Malaysia, KNM said the longstop date agreed in the share sale and purchase agreement regarding the proposed disposal had been extended various times.

In the announcement dated Oct 31, the board had informed about the last extension in principle until Nov 30.

“This date has passed without the closing of the transaction having occurred, since relevant conditions precedent have not been fulfilled.

“The board wishes to announce that after several discussions and negotiations with the purchaser, the board is not convinced that the closing conditions, in particular regarding the financing of the proposed disposal, will be satisfied swiftly,” KNM said.

“Hence, the proposed disposal will not materialise.

“Moving forward, the board will consider other methods of monetising its investment in Borsig, either through the sale of Borsig to other potential purchasers, or through undertaking a potential listing exercise of Borsig on any other primary stock exchange,” KNM said. 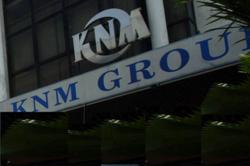