THE call for Malaysia to increase the retirement age, due to its ageing population and high number of citizens with insufficient savings, has grown louder as the Covid-19 pandemic has further eroded their savings.

There are also suggestions to offer fixed term contracts, incentives for higher contributions towards savings as well as to increase the overall remuneration for employees and improve their financial literacy.

Most Malaysians rely on their Employees Provident Fund (EPF) savings to sustain their expenses after retirement.

The recent withdrawals of RM145bil and reduction by RM10bil in statutory EPF contributions, had resulted in lower savings for the majority of EPF members.

We need at least RM600,000 to retire after factoring in inflation and among other things, medical bills.

According to the EPF, only 4% of its members would potentially be able to retire, while the majority of members would have less than that.

Malaysia has a potential “post retirement crisis” when most of its working population will not be ready to retire, said Financial Planning Association of Malaysia vice-president Rafiq Hidayat.

This will spiral to an enlarged “sandwich generation” where younger adults who have just started their own families, would also have to take care of the post-retirement needs of their elderly parents.Malaysia is transitioning into an ageing country, with 7% of its population entering the age of 65 and above; by 2056, about 20% of the population will be in that age category.

All these highlight the urgency of raising the retirement age to help low-income individuals rebuild their nest of eggs for retirement; it may not completely solve the problem but it is a step in the right direction, said Ernst & Young Consulting partner, Mohamed Husin.

We now have to work later into our lives as returns on pension funds go below the rate of inflation.This negative real interest rate has become almost a permanent feature as most central banks are reluctant to raise rates in spite of high inflation, said former Inter-Pacific Securities head of research Pong Teng Siew.

It may soon be necessary to employ older workers simply because many of the younger people are reluctant to work in jobs that do not pay well enough; companies also retain older people to act as mentors to their younger employees.

The Malaysian Employers Fed-eration (MEF) finds this is not the right time to increase the statutory retirement age of 60, with the unemployment rate at 3.7% and youth unemployment still high at 10.8%.The previous increase in retirement age from 55 to 60 years, had led to a loss of about a million job opportunities for fresh graduates.

It may be a challenge for employers, especially in the case of those employed in physically demanding work where age is a factor in performance and productivity.

These are in industries such as construction, plantations and manufacturing.

A blanket increase in retirement age will likely push up medical costs especially when many insurance companies are not keen to give insurance coverage to older workers.

Instead, a re-employment policy may be adopted for those above 60 years old via a fixed term contract with elements of flexibility, said MEF president Datuk Dr Syed Hussain Syed Husman.

Those who may continue working based on medical conditions, performance and disciplinary records, may be offered such contracts, while part time work may be considered for those wanting to work for less hours per day.

Raising the retirement age, which helps seniors to keep on earning to sustain themselves, may impact the younger workforce.

As manual labour can be replaced by technology, we should develop entrepreneurs with creative thinking skills to generate higher self-employment, and modernise our education system to groom more of such entrepreneurs.We have universities offering entrepreneurship courses but we need to teach critical thinking skills in the school system.

There is no evidence that the younger generations will have constricted job prospects due to the higher retirement age, according to the World Bank, in its 2020 report A silver lining: Productive and inclusive ageing for Malaysia.

Research conducted by local universities cited that young people will have plenty of job opportunities as long as the economy continues to grow annually.

One disadvantage of raising the retirement age is the increased minimum withdrawal age at EPF; employees will not be able to access their EPF funds for a longer period of time.

The low-income groups, some of whom may have lower life expectancy, may not be able to access their hard-earned money in their lifetime.

In Singapore, the retirement age is raised to 63 while the minimum withdrawal age at the Central Provident Fund is capped at 55.

Japan has established laws and programmes to encourage employment of persons up to 70 years old, sometimes with reduced wages.

About 50% of people aged between 65 and 70 are participating in the workforce, according to Japan’s Internal Affairs and Communication Ministry.

In the long term, we should consider increasing the overall remuneration of employees and giving tax incentives for higher contribution towards retirement at, for example, EPF and Kumpulan Wang Persaraan (mandatory) as well as private retirement schemes (voluntary).

While we encourage higher financial literacy and better planning for retirement, it would also help if there are laws and programmes to enable seniors to work for a longer period of time. 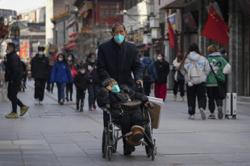 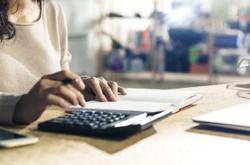