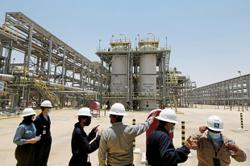 PETALING JAYA: The soon-to-be-revived Bandar Malaysia project could be a shot in the arm for Malaysia, at a time when the economy is forecast to hit a soft patch.

The mega project, which was previously valued at RM140bil, is expected to, if revived, reinvigorate business activities and create new jobs, especially the high-skilled ones.

However, there are also concerns that the project would further strain the federal government’s finances, which is already stretched due to high subsidy bills inching towards RM80bil.

The recent statement by Prime Minister Datuk Seri Ismail Sabri Yaakob that the government is “fine-tuning” the Bandar Malaysia project plan has raised eyebrows, considering that it was previously announced that development projects under the 12th Malaysia Plan for 2022 will be reviewed for implementation.

In July, Minister in the Prime Minister’s Department (Economy) Datuk Seri Mustapa Mohamed had said that this is done to optimise government spending in financing some of the additional subsidy-related expenditures.

Despite concerns on fiscal position, Kenanga Research believes that there is a strong case for the government to embark on counter-cyclical fiscal pump-priming to shield the economy from external slowdown.

It forecasts a higher gross development expenditure of RM90bil in Budget 2023 as compared to 2022’s allocation of RM76bil, thanks to the absence of Covid-19-related funds in the previous Budget 2022 worth RM23bil.

In a strategy note yesterday, it said the rollout of new public projects will come handy at a time when order books of most contractors are fast depleting.

“We gathered from the ground that a new wave of awards of public infrastructure projects is more likely to hit the market after the 15th General Election (GE15) rather than before.

“We believe investors should add positions in the sector ahead of the GE15,” the research house said.

“Given the fiscal constraints, mega projects could be implemented via public finance initiative or deferred payment models.

“We believe the (construction) sector has seen the worst and should be poised for improved earnings in the second half, given the gradual return of foreign workers and the recent easing in commodity prices,” it added.

The financial sector that will provide funding to these projects will also benefit, according to him.

However, Williams said the question of whether there will be new investments in Bandar Malaysia or just relocation of existing investment and businesses must be addressed.

“Will there be a better environment for foreign direct investments and attracting foreign talent in Bandar Malaysia or will it be as restricted as it is now?

“The policy support must also be there, not just the project and concessions to government-linked people,” he said.

Williams pointed out that the financial implications from the Bandar Malaysia project must be set out clearly, especially on any fiscal outlay along with expected impact measurement such as new investments, new jobs or new businesses.

“In the current environment, government development expenditure is tight and priorities lie elsewhere in healthcare, for example.

“Rather like other mega projects, if there is a clear commercial case, then why is there a need for government involvement other than in regulation?

“Private investment is needed urgently, so there must be scope for private involvement,” he added.

“This will take foreign workers from other sectors which are also suffering demand shortages.

“Agency fees and middlemen will take a lot of money out of this,” he said.

Meanwhile, economist Manokaran Mottain thinks that the government should focus on dealing with rising cost of living and bringing down the fiscal deficit level, rather than initiating mega projects like Bandar Malaysia.

“Even if the government wants to initiate new construction projects, it should go for smaller projects for small-scale contractors.

However, Manokaran pointed out that projects like Bandar Malaysia can be undertaken under current circumstances, if the projects are privately funded.

“Otherwise, the project can be resumed once there is a continued strong growth in the economy,” he said.

Located at the site of the Royal Malaysian Air Force base in Jalan Sungai Besi, Bandar Malaysia was envisaged to be a mixed-use, transit-oriented development.

With a land area of 194.5 ha, it is the single-largest piece of development land in the heart of Kuala Lumpur.

The project, which was introduced in 2015, was once shelved by the government back in 2017 after it was abruptly terminated.

The Bandar Malaysia project was reinstated by the Pakatan Harapan government following a cabinet meeting in April 2019, after it was decided that the development would have a positive impact on the economy and would help attract foreign investments into the country.